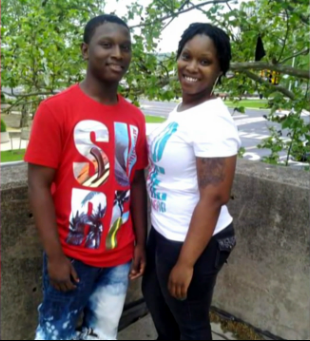 When Radazz Hearns was shot seven times by police in Trenton, New Jersey earlier this month, police claimed the 14-year-old pulled out a gun and attempted to shoot them while running. Now, the attorney general’s office says those allegations are unsupported, and an eyewitness says Hearns was actually unarmed and trying to pull up his pants as he ran.

According to the attorney general’s office, Hearns was one of three teenage boys questioned by three Targeted Integrated Deployment Effort (TIDE) officers near an apartment complex, after a shooting was reported nearby. An anonymous police source alleged Hearns ran away from the cops and reached for what the officers thought was a gun. At one point, they say, Hearns turned around while running and attempted to shoot at them. The three officers opened fire, hitting Hearns seven times in the legs and butt.

Eyewitness Rhonda Tirado, who watched the chase and shooting from her home, paints a different picture of what happened. Tirado alleges the boys were laughing and joking for 15 minutes before the cops arrived near her house, and agrees that the three males were confronted by the officers. She also contends Hearns tried to flee. But Tirado says the teenager looked like he was trying to pull his pants up — not grabbing a weapon.

“Those police were amped and they didn’t give that little boy a chance,” she explained to NJ.com. “There was no room for no chase. They just shot that little boy right there.”

Radazz Hearns is “lucky” … he was released from the hospital on Monday and is expected to recover from his wounds.