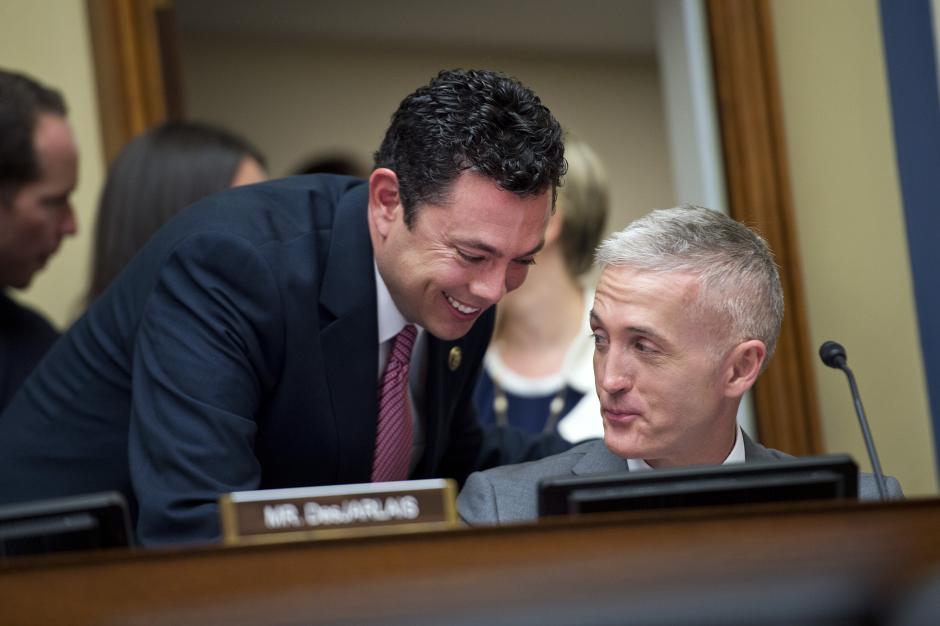 CSPAN3 will be carrying the inquisition live at this link:

Hillary Clinton testifies before the House Select Committee on Benghazi, which is investigating the events surrounding the 2012 terrorist attack on the U.S. consulate there, in which Ambassador Christopher Stevens and three others died.

UPDATE: The Clinton campaign will be Tweeting here: The Briefing 2016

From the Clinton campaign: Hillary Clinton is testifying on Capitol Hill today. Here’s what you need to know.

Hillary is on Capitol Hill today, testifying in front of the House Select Benghazi Committee. Here’s what it’s all about.

What happened in Benghazi

For Hillary, who was serving as secretary of state at the time, the tragedy is personal. She was the one who had asked the late Chris Stevens to serve as ambassador to Libya. She was with President Obama at Andrews Air Force Base when Marines brought home the caskets of the four Americans. Anyone who knows Hillary knows she isn’t the kind of person to stand around wringing her hands after a tragedy—she leapt into action immediately to prevent anything like this from ever happening again. […]

“No one wants to find out what happened more than I do.”

Hillary’s first priority is to get to the bottom of what happened in Benghazi. That’s the right thing to do—and the way to make sure it doesn’t happen again. That’s why she has already testified on Capitol Hill about the tragedy (twice, in fact), and she has been asking to testify before the this committee for more than a year so that the public can hear her answers.

Republicans, on the other hand, are going to exploit whatever they can to mislead voters about Hillary’s record. They’ll grill her about emails and anything else they can think of to discredit her.

But here’s what Hillary is going to do: stay focused, clarify the facts, and offer some lessons that we can learn to protect Americans going forward. The men and women who serve our country deserve nothing less.

I think she will be ready:

“The Republicans finally admit it” …

McCarthy: “Everybody thought Hillary Clinton was unbeatable, right? But we put together a Benghazi special committee. What are her numbers today?”

More analysis and commentary below the fold …

Clinton is expected to endure an hours-long grilling from the panel’s Republicans, who, since the committee’s formation in 2014, have aggressively questioned her actions, as secretary of state at the time, surrounding the 2012 attack on the U.S. consulate in Benghazi, Libya, that resulted in the deaths of four Americans.

But even as she takes the hot seat, the committee has become mired in controversy, with allegations swirling that it has become a nakedly partisan enterprise concocted by the GOP to damage Clinton’s presidential prospects.[…]

The perception that the committee’s work, at a cost of $4.5 million, has become overtly political has been fueled in part by comments from Republican lawmakers themselves.[…]

Clinton and her allies find themselves no longer on the defensive about the committee’s probe and are attacking the GOP for how it has been conducted. Earlier this month, during the Democratic presidential debate in Las Vegas, Clinton called the panel “basically an arm of the Republican National Committee.”

Their claims are bolstered by the fact that she has been cleared of wrongdoing by seven other congressional committees, none of which have found evidence that she acted inappropriately.

“Republicans have now admitted repeatedly that they are spending millions of taxpayer dollars to damage Secretary Clinton’s campaign for president,” Rep. Elijah Cummings, D-Md., the ranking member of the committee said in a statement on Monday, upon the release of a 124-page report by the panel’s Democratic members rebutting Republican allegations about Clinton. “It’s time to bring this taxpayer-funded fishing expedition to an end.”

Kurt Eichenwald at Newsweek just posted a blistering expose of the committee: Benghazi Biopsy: A Comprehensive Guide to One of America’s Worst Political Outrages

The historical significance of this moment can hardly be overstated, and it seems many Republicans, Democrats and members of the media don’t fully understand the magnitude of what is taking place. The awesome power of government—one that allows officials to pore through almost anything they demand and compel anyone to talk or suffer the shame of taking the Fifth Amendment—has been unleashed for purely political purposes. It is impossible to review what the Benghazi committee has done as anything other than taxpayer-funded political research of the opposing party’s leading candidate for president. Comparisons from America’s past are rare. Richard Nixon’s attempts to use the IRS to investigate his perceived enemies come to mind. So does Senator Joseph McCarthy’s red-baiting during the 1950s, with reckless accusations of treason leveled at members of the State Department, military generals and even the secretary of the Army. But the modern McCarthys of the Benghazi committee cannot perform this political theater on their own—they depend on reporters to aid in the attempts to use government for the purpose of destroying others with bogus “scoops” ladled out by members of Congress and their staffs. These journalists will almost certainly join the legions of shamed reporters of the McCarthy era as it becomes increasingly clear they are enablers of an obscene attempt to undermine the electoral process.

The article is long and detailed and lays out the perfidy of the shameful Republican Congress enabled by the shameful press. His conclusion:

In their refusal to read documents or accept facts over fantasies, Republican conspiracy theorists have damaged this country in ways that cannot yet be fully comprehended. No doubt, the terrorists set on attacking America are cheering them on. Nothing could delight some terrorist sitting in a Syrian or Libyan or Iraqi hovel while hearing a top Republican congressman brag on television that a relatively small attack on a U.S.compound continues to threaten to transform a presidential election in the most powerful country in the world.

Ambassador Stevens and the three other men who died on that terrible day in Benghazi are not shiny objects to be dangled for political entertainment. They are American heroes. Serve their memories: Disband this inexcusable Benghazi committee, throw out the buttons and bumper stickers and fundraising letters. Allow the dead to finally rest in peace.

Peter Daou and Tom Watson: Play By Play: The Spectacular Implosion of the Benghazi Committee

In our years as professional political consultants, it’s hard to recall an instance of a political party self-destructing so dramatically in the midst of an attack on an opponent.

Democrats and the media have always known that the House Select Committee on Benghazi was a partisan exercise aimed at barring Hillary Clinton from the White House. What no one anticipated is that in the weeks leading up to Hillary’s appearance before the committee, the GOP would spontaneously torpedo their own efforts, revealing the sham investigation in all its craven cynicism.

We’ve chronicled the process in recent weeks and have compiled the details below.

ThinkProgress: Proof That The Benghazi Investigation Is Totally Unlike Any Other, In Two Charts

On Thursday, Democratic presidential candidate Hillary Clinton will testify in front of the House Select Committee on Benghazi, where Republicans will try to prove that the former secretary of state mishandled the events leading up to and following the 2012 terror attack on the U.S. consulate in Benghazi, Libya.[…]

An analysis of Congressional attention to previous high-profile terror incidents suggests that significantly more emphasis has been placed on Benghazi than other terrorism acts. The 2013 Boston Marathon bombing, the 2000 attack on the USS Cole, the 1998 embassy bombings in Kenya and Tanzania, the 1996 Khobar Tower bombing, the 1995 Oklahoma City bombing, and even the attacks of September 11, 2001 — all received less Congressional attention than Benghazi in the form of formal hearings and investigations into their respective causes.

On that point, more from Eichenwald’s Newsweek piece:

Congress convened 22 hearings about the 9/11 attack that killed almost 3,000 citizens working in the World Trade Center in downtown Manhattan; this week, Congress will be holding its 21st hearing about an attack that killed four people working in Libya, with many more sessions left to come. Do Republicans actually think that terrorists killing four agents of the government who willingly assumed the risks of residing in one of the most dangerous places in the world is more important than terrorists murdering 3,000 unsuspecting civilians who were working at their offices in New York City?