I don’t have anything new or insightful to say about the mass killings we’ve witnessed, but my feelings about them need a voice before I fall apart. 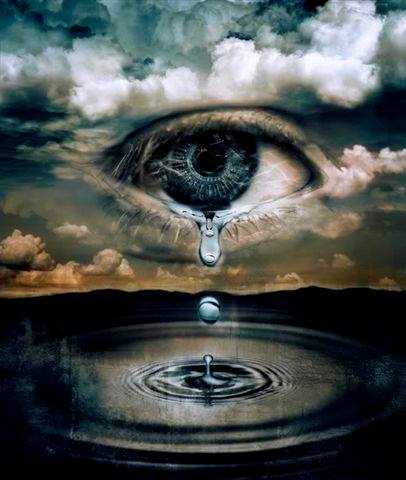 The one last week, the one at the Planned Parenthood Clinic in Colorado Springs, hit particularly close to home because I live just a few miles from there. One of the murdered innocents was Ke’Arre Stewart, a 29-year-old Iraq war veteran who was shot when he stepped outside the clinic to get cell phone reception. Ke’Arre’s brother Leyonte Chandler said it was his sibling’s Army experience that prompted his final act of heroism. “I believe that’s his military instinct, you know: Leave no soldier behind, leave no civilian behind, just leave no one behind,” an emotional Chandler said. “So he ran back inside, trying to help out others. I don’t know where he was at, as far as how many more breaths he had, but he knew. And before his time ran out I guess that was his main priority … to help and save other lives.”

And what was a tough vet doing at Planned Parenthood on a snowy November day? He and his fiancée were there to confirm a new pregnancy. A new life. Something about his story just tears me apart. A guy who has faced combat should be able to come home, fall in love, make a baby, and not worry about some redneck stranger killing him in his home town.

Folks, there is no safe place in the United States. I live high up in the Rocky Mountains, a land where I have found serenity and joy and quiet and beauty. Yet the last known public sighting of the bastard who brought death to a women’s health clinic was that same snowy morning at the WalMart store just up the highway from me in Woodland Park. I was in that store yesterday, picking up a prescription. I drove home, thanking the universe for the beauty of the mountains … and arrived home to learn about San Bernardino.

I feel like something is breaking inside of me. My tears are so close to the surface they overflow at inopportune times, like today when my dentist gave me an odd look and asked, “Are you okay? Because you don’t look okay,” or when I was paying for something at a store and a clerk unwisely smiled at me. I don’t know how to fix any of this, but I know what I’m feeling: it’s grief. I cried like this when my mother died, and when beloved pets had to be euthanized. I cried like this this when I miscarried a baby. I cried like this on 9/11.

I want my country back. I want to encounter civility when I leave home. I want to turn on the news without a spurt of adrenaline warning me away. I want my grandsons to grow up without fearing being shot by the police. I want to believe there is some small chance that we WILL see world peace before I die, and I want to find some hope that our planet won’t die shortly after I do.

8 comments for “Nurse Kelley Sez: “I want my country back””