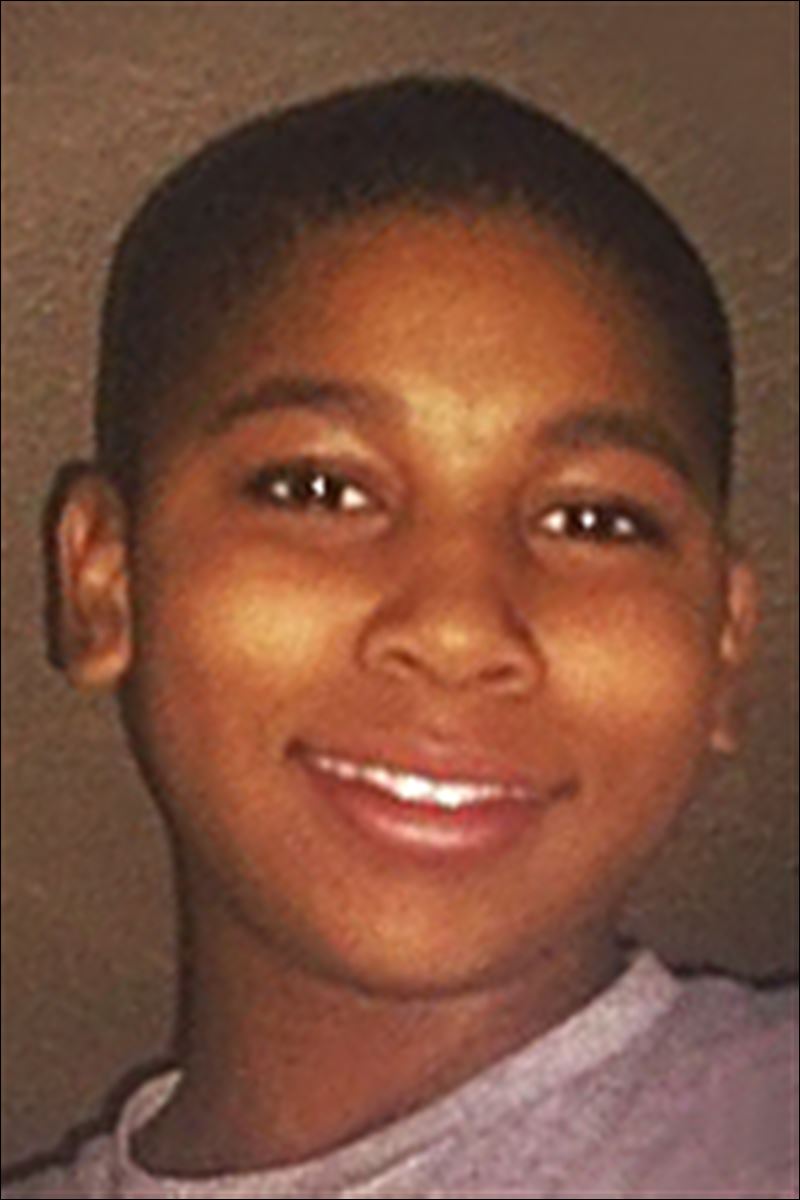 The New York Times goes there … lays in out in, yes, black and white and in plain sight.

Tamir Rice of Cleveland would be alive today had he been a white 12-year-old playing with a toy gun in just about any middle-class neighborhood in the country on the afternoon of Nov. 22, 2014.

Mr. McGinty described the events leading up to Tamir’s death as tragic series of errors and “miscommunications” that began when a 911 caller said a male who was “probably a juvenile” was waving a “probably fake” gun at people in a park.  The fact that those caveats never reached Officer Loehmann — who shot the child within seconds of arriving on the scene — was more than just an administrative misstep. It reflects an utter disregard for the lives of the city’s black residents. That disregard pervades every aspect of this case and begins with the fact that the department failed to even review Officer Loehmann’s work history before giving him the power of life and death over the citizens of Cleveland.

Probably the most important part to me, though, is:

In addition to portraying the killing as a result of a tragic misunderstanding, prosecutors have also suggested the officer’s decision to kill Tamir was shaped by the fact that the surrounding neighborhood had a history of violence and that the boy appeared to be older than 12 because he was big for his age.

I cannot get past the fact that the officers inexplicably pulled up within feet of Tamir although they supposedly thought he was a danger to them and the neighborhood.  How does this make sense to anyone?  I watched the video and, while I’m certainly no expert, I was shocked at how close they were … and by how quickly Loehmann opened fire.  Of course, now we know Loehmann should never have been on the police force in the first place; he was on his way to being fired from the Independence Police Department for mental instability issues.  It has been widely reported CPD never even bothered to get his service record as part of a background check.  The last link also reports the dispatcher had been fired from a previous dispatcher job.  If the I’m sure there will be some pablum fed to us that steps will be made to improve police procedure in this types of cases … blah, blah, blah … but they should have known already that this was an incredibly reckless thing to do.

I have seen it suggested that this likely means the officers had their response planned in advance; we’ll likely never know but I think it speaks more to the militarization of our police forces than to some nefarious plan to kill a 12-year-old.  We have turned cops into Rambos or Dirty Harrys who can blast away the bad guys, even when they aren’t bad guys, and that makes them cool or heros.  Tamir was doing nothing illegal.  Ohio is an open carry state so even if the gun had been real he was doing nothing wrong.  The 911 caller apparently stated Tamir was aiming the gun at people.  Okay so let’s accept for the moment that that is true.  The woman in the Home Depot store who actually fired her weapon wasn’t shot and killed.  Oh wait!  She was white.  But we’re not supposed to believe race is involved.

I’ve buried buried in work and school, and took some time away from Twitter and the news sites but managed to pop up the day it was announced the grand jury would not indict the Cleveland officers.  I really want to sink back down into the rabbit hole; there is just this almost overwhelming sense of frustration and futility.  Just when you think we have to seen the last murder another one happens because we choose not to learn any lessons.  The officer in the Laquan McDonald murder, Jason Van Dyke, pleaded not guilty Tuesday and why wouldn’t he?  Changes are he’ll walk just as so many others have before him.  It just takes one gun-happy, cops-can-do-no-wrong juror.

I picked the wrong life to quit drinking.