Today we are turning the megaphone over to Associate Justice Sonia Sotomayor.

Yesterday, the Supreme Court issued its decision in the case of Utah v Strieff.

The court ruled that the police officer who illegally stopped Edward Strieff could, by virtue of his having an unpaid traffic ticket, search him and arrest him when they discovered drugs on him and use that illegally obtained evidence to convict him. 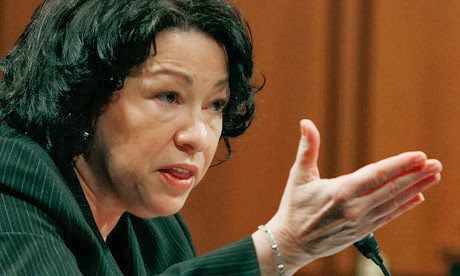 Her dissent concluded with this scathing commentary:

By legitimizing the conduct that produces this double consciousness, this case tells everyone, white and black, guilty and innocent, that an officer can verify your legal status at any time. It says that your body is subject to invasion while courts excuse the violation of your rights. It implies that you are not a citizen of a democracy but the subject of a carceral state, just waiting to be cataloged.

We must not pretend that the countless people who are routinely targeted by police are “isolated.” They are the canaries in the coal mine whose deaths, civil and literal, warn us that no one can breathe in this atmosphere. They are the ones who recognize that unlawful police stops corrode all our civil liberties and threaten all our lives. Until their voices matter too, our justice system will continue to be anything but.

The Supreme Court issued an extraordinarily disappointing 5–3 decision on Monday in Utah v. Strieff, a Fourth Amendment case about police searches. Yet the terrible ruling came with a bright spot: In a powerful and groundbreaking dissent, Justice Sonia Sotomayor lambasted the majority for its heartless and illogical rejection of Fourth Amendment freedoms, invoking the Justice Department’s Ferguson report, echoing Black Lives Matter, and even citing Ta-Nehisi Coates.

An explanation of the case from SCOTUSblog:

When a police officer stops a pedestrian in violation of the law, asks him for identification, discovers that there is a traffic warrant for his arrest, arrests him, and in the process of searching him discovers drug paraphernalia and methamphetamines, can the evidence found in the search of the pedestrian be used against him? Edward Strieff argues that it cannot: because the police officer’s stop was illegal, then anything obtained as a result of the stop is also tainted. The state, on the other hand, contends that the evidence should be admitted because it resulted from the lawful warrant for his arrest, rather than the illegal stop.

In a searing dissent joined in part by Justice Ruth Bader Ginsburg, Sotomayor describes a police state that regards black and brown Americans in particular as “second-class citizens.” She issues a direct warning to those Americans whose profiling the court has sanctioned.

“This Court has given officers an array of instruments to probe and examine you,” she writes. “This Court has allowed an officer to stop you for whatever reason he wants — so long as he can point to a pretextual justification after the fact. That justification must provide specific reasons why the officer suspected you were breaking the law, but it may factor in your ethnicity, where you live, what you were wearing, and how you behaved. The officer does not even need to know which law you might have broken so long as he can later point to any possible infraction — even one that is minor, unrelated, or ambiguous.”

Citing the many ways her fellow justices have expanded police powers and chipped away at basic rights within the criminal justice system, she paints a terrifying picture of what happens once you enter the hands of the police.

The Supreme Court long has held that when police illegally stop or search someone without, at minimum, reasonable suspicion, any incriminating evidence that is found cannot be used in court. There are, however, exceptions to this rule — and on Monday the court carved out a new and big one, giving police far broader authority to search people who are stopped for no reason. […]

Though narcotics detective Douglas Fackrell later admitted he had no reason to believe Strieff had done anything wrong, he stopped him, demanded that he identify himself, and detained him while radioing in to see if there were any outstanding warrants against Strieff. As it turned out there was one — for a minor traffic offense — so the detective searched Streiff, and found a small amount of methamphetamines. […]

Monday’s decision, said Sotomayor, will allow police — as in this case — to stop someone on what amounts to “a whim or hunch” and then leverage that stop to conduct a search, based on a minor outstanding warrant that the police officer didn’t know about to begin with. Sotomayor scoffed at the majority’s assertion that there was nothing systemic about this stop, that it was an isolated case.

She noted that according to state and federal databases, there are more than 7.8 million outstanding warrants, the vast majority of which are for minor offenses. In New Orleans, a third of the 60,000 arrests in 2011 were of people with outstanding traffic or misdemeanor warrants for infractions such as unpaid tickets.

Similarly in Ferguson, Mo., a town with a population of 21,000, 16,000 people had outstanding warrants — in one case for failure to feed the meter with enough quarters, according to the Justice Department.

And in the broader metropolitan St. Louis area, Sotomayor said, the Justice Department found that officers routinely stop people on the street, at bus stops or even in courthouses, for no reason other than to check whether the subject has an outstanding warrant.[…]

Lauren-Brooke Eisen, a former prosecutor, now at the New York University law school’s Brennan Center for Justice, says Monday’s ruling can incentivize police to concentrate illegal stops in neighborhoods where there are the most outstanding warrants.

“The reason that’s such a scary proposition is because most of the people in this country who have open warrants are poor,” she said — too poor to pay a lawyer to get rid of the warrant. 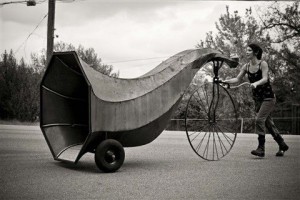 CAN YOU HEAR ME?