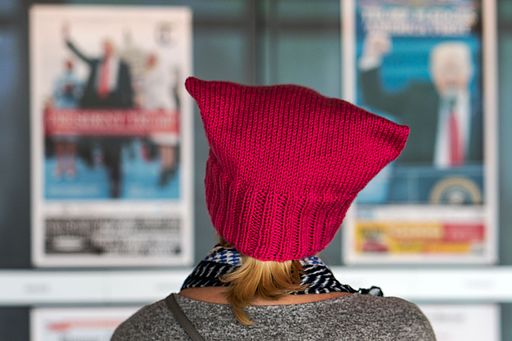 I had originally intended to recount my experiences at the Michigan Democratic state convention in this post; an experience that was personally negative, even while positive overall for the future of the party in the state. However, now that I’ve had time to process the whole experience (with the help of Villagers here and on Twitter), my viewpoint has changed. Because I promised though, I will include an overview of the events that impacted my experience.

Don’t let anyone tell you “Bernie Bros” don’t exist. After attending the Women’s Caucus (inspiring) and the Faith Caucus (disappointing for both lack of leadership and low attendance), I attended the caucus of my CD, MI-10. This CD covers most of the infamous Macomb County, as well as counties north into the Thumb of Michigan. It is very white, as well as very red. The election of the leadership for the caucus was fairly uneventful and accomplished within the first thirty minutes of the caucus. A “unity” slate was elected, with the chair and vice-chair being known “Bernie supporters.” (Although it was billed as a unity slate, I assume the other positions were also self-described Berniecrats.) Unlike the Revolution group that was causing controversy and disarray in other caucuses, this slate, however, was filled with people that are committed to growing and revitalizing the party in Michigan, rather than merely imposing the latest marching orders from Our Revolution on the party. So far, so good. At the end of the meeting, as comments were being taken from the floor, the man sitting in front of me stood up to speak. He was physically imposing and clearly agitated. He spoke out angrily, saying that as a lifelong union member, from a family of lifelong union members, this was his first convention, and he came to it because of Bernie. He proceeded to say that never again should the party be allowed to “select a shitty candidate” and that we had to “listen to the people.” He made further comments in this vein, receiving applause from 1/3 to 1/2 of the caucus; at this point, two African-American women sitting next to me, got up angrily and swept out of the room. While I was watching that in shock and dismay, another group swept by the speaker. Apparently, one of those leaving bumped into the speaker (I didn’t see it happen, so I have no idea if it was intentional or not). The speaker wheeled around and yelled, “Did you just bump into me on purpose, thug?” Finally, the newly-elected caucus chair called him out of order, and the man sat down, yelling, “My point is that we must get rid of superdelegates!”

I was angry, horrified, and more than a little scared. Even though I’m married to a man who is considered “physically imposing” by some (he’s 6’8″), I’ve never felt intimidated and threatened by a man before. At that moment, I did.

With leadership comes responsibilty. The second event which created a negative perception happened shortly afterwards. I went outside for a few minutes to get some fresh air (with twice as many people at the convention as had been anticipated when the site was booked, the place was very hot and very claustrophobic). While I was outside, the newly-elected vice chair of my CD caucus was also there and surrounded by a group of very angry women. They were yelling that “it isn’t fair; they blame us for losing” and “they’re trying to shut us up and shut us down.” The response of the vice-chair left me cold. Unlike the chair of the caucus who had handled the disruption reasonably well, the vice-chair did nothing to deescalate the complaints and in fact, joined in. I heard her say, “I don’t know how they think they’ll survive without us; we’re the walkers. We’re the callers. We’re the door-knockers.” I also heard, “Don’t worry, we have the leadership of more than a few caucuses now.”

I’m the first to concede that I have kvetched about Bernie supporters loud and long with fellow Hillary supporters. But I have never done it when in a public place or where I am in a leadership position. I was once again very, very angry and felt betrayed by someone who just moments before had been touting a “unity” slate.

The final result for me personally was that I never made it into the afternoon full-convention gathering. I went upstairs with every intention of entering the grand ballroom with 4000+ other Democrats, but instead I found myself sitting on the floor, contemplating throwing up or sobbing my heart out. I texted peregrine kate, known at DK but also a friend, and let her know I was probably leaving. She came out to see me, and the minute we sat together, I collapsed into waves of ugly crying as I told her what had happened. I found that what most distressed me was the departure of the African-American women from my caucus as I cried, “Is this who we are going to be? Are we going back to something so ugly?”

The aftermath (my personal moment of Zen). Yesterday, I shared this video issued by the MDP to tout the new Project 83 initiative, which is about an 83-county strategy in reclaiming our state. It’s a laudable initiative and very much needed in reviving the party after long years of relying on unions to do the hard work. But as so many noticed yesterday, Hillary was erased altogether.

After a few hard days filled with uncharacteristic anger and bitterness, this Village helped me reach some long-overdue conclusions. First, I really, really hate electoral politics. This is something I’ve actually known for a long time, but I’ve always stayed involved with the party, because at least in my neck of the woods, someone has to. Secondly, I am a feminist first; my identification as a Democrat is much further down the list. This does not mean I won’t resist, nor does it mean I won’t be a reliable D voter. But I am rethinking how much involvement I will continue to have in the party once my term as precinct delegate is up. And finally, I will not sit idly by as women are erased from our collective history and discourse. I particularly will not sit by as my sisters of color are once again expected to “wait their turn” or sit at the back of the Democratic bus. What that means in practical terms is a work in progress, but I know this: I will fight.