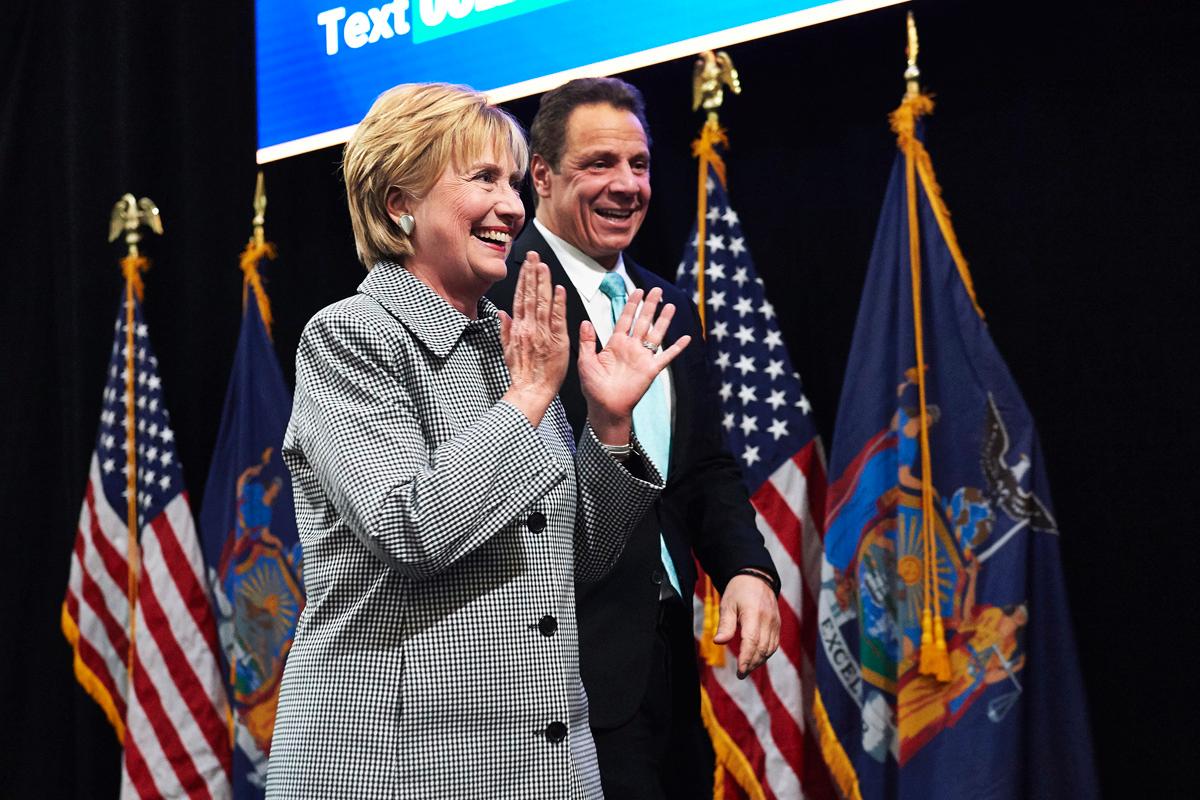 Hillary Clinton, speaking in TX, quotes Anne Richards re: dealing w/ adversity: "Precious, get over it and get on with it."
cc: @adamslily

Good advice for the party…. we gotta push forward

.@HillaryClinton: "What we need to be doing is throwing open the doors to everybody willing to work and achieve their education." pic.twitter.com/h9nYRRCRbO

At 11AM: @HillaryClinton is joining me to sign free public college for middle class New Yorkers into law today. Join us live on Facebook. pic.twitter.com/OoAuoN5542

A text this morning from a GOP strategist in the #Ga06 nervous about @ossoff effect. (Strategist gave me persmission to use.) #gapol pic.twitter.com/SpaSmHhOTO

Estes underperformed Trump's margin by 20.3 points. If every district behaved like that, Dems would gain 122 (!) House seats next November. https://t.co/4H9AjAhF84

Been offline tonight, but any takeaway other than that #KS04 is *really* worrying for Republicans is overthinking it.

We gotta keep pushing forward as a party. A big part of our platform just became reality in ny. Hrc , Tom Perez and the rest are moving forward. Cuomo closing this deal shows center left dems have A PROVEN track record of getting stuff done.

Last night close race in Kansas shows what happens when pissed off dems show up. We fell short, but other districts aren’t as blood red. We don’t have to change who we are as a party and we damn sure don’t have to follow  ANYONE who doesn’t think enough  To join.

This is your Thursday thread.

46 comments for “It takes a village: pragmatism produces results.”