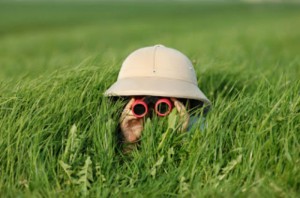 Whether we’ve liked it or not, unity has become the Democratic buzzword of late.  The tour with DNC Chair Tom Perez and Sen. Bernie Sanders has created waves on Twitter and in the press; the dismay, disarray, and disgust that have resulted are an unfortunate by-product of tone-deaf politicking. It occurred to me in the midst of my anger of the past week that I wanted to know more about where this emphasis on “unity” originated.  I did a deep dive into the background and what I found is both encouraging and cause for concern.  I am the first to recognize that this topic is a bit esoteric and wonky when resistance to the Republicans has to be our primary focus.  But I also hope that it will provide some helpful information about directions the Democratic Party is considering for itself.

Unity Reform Commission
At the July 2016 DNC convention, a proposal was made to the Rules Committee that a Unity Reform Commission be established. This proposal was sponsored by Wellington Webb, former mayor of Denver, and Michaeleen Crowell, Sen. Sanders’ Chief of Staff (and interestingly, a former staffer for Rep. John Lewis). The full text of the resolution can be found here, (http://s3.amazonaws.com/uploads.democrats.org/Downloads/Unity_Reform_Commission_Resolution.pdf), but the blockquotes below cover most of it:

…it shall consist of 21 members including a chair and vice-chair, all with the right to vote on Commission business. The chair shall be Jennifer O’Malley Dillon and the vice-chair Larry Cohen. Secretary Clinton shall appoint nine members of the Commission and Senator Sanders shall appoint seven members of the Commission. The remaining three members shall be appointed by the National Chair of the DNC. To the extent possible, its membership shall be equally divided between men and women and shall be geographically and demographically diverse.

Unity Reform Commission shall consider and make appropriate recommendations regarding revisions to the Delegate Selection Rules for the 2020 Democratic National Convention with respect to the manner of voting used during the presidential nominating process with a goal of increasing voter participation and inclusion through grassroots engagement of the Party’s voter base during and in-between presidential election cycles.

The Commission shall make recommendations to encourage the expanded use of primary elections.

…the Unity Reform Commission shall make recommendations to encourage the involvement in all elections of unaffiliated or new voters who seek to join the Democratic Party including through same-day registration and re-registration.

…shall consider and make appropriate recommendations for revisions to the Delegate Selection Rules for the 2020 Democratic National Convention to provide for a change in the manner by which unpledged party leader and elected official (PLEO) delegates participate in the presidential nominating process. In particular, the Commission shall make specific recommendations providing that Members of Congress, Governors and distinguished party leaders (DNC Charter Art. Two, Section 4(h)(ii)(1)-(6)) remain unpledged and free to support their nominee of choice, but that remaining unpledged delegates be required to cast their vote at the Convention for candidates in proportion to the vote received for each candidate in their state.

… shall consider and make appropriate recommendations as to: (1) how to make the party and its candidates more competitive in all regions of the country; (2) how to make the DNC and state parties full and accountable partners in the process of mobilizing voters and winning elections at all levels; (3) how to support and oversee Democratic efforts in legislative and congressional reapportionment and redistricting to ensure Democratic majorities in state legislatures and in Congress; (4) how to broaden the base of the party and empower rank and file Democrats at the grassroots level; and (5) how to expand the DNC’s donor base (a) to make it less dependent on large contributions, (b) to get more people invested in the party, and (c) to enable the party to support important electoral programs.

To me, this looks like a laundry list of Berniecrat grievances, real or perceived. However, as a pragmatist, I’m not opposed to having the conversations within the Party, and it’s possible that some useful and helpful recommendations could result. The key, of course, may be who serves on the commission, and that too is a good news/bad news situation.

The list above comes from this article, DNC Announces Members of Unity Reform Commission. The article itself makes clear what the list alone may not: if the Clinton and/or Perez picks represent the “Establishment” of the Party, the Sanders’ picks represent the furtherance of his agenda, vision, and grievances of 2016. That in and of itself is not surprising; the fact that some of his picks are effectively flamethrowers par excellence (cough Nomiki Konst) is also not surprising, but worrisome. I, for one, am glad I’m not sitting on this commission, but I do have a strong interest in its proposals. Because of that, I have subscribed here for updates, and I urge you to consider doing the same: https://my.democrats.org/page/signup/unity-reform-commission

I hope this is of interest to some of you; if not, obligatory cute Basset hounds (I’ll leave the kitties for Momentary Grace!)…