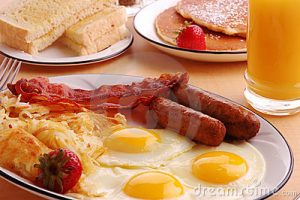 Morning meese…I’m subbing for Michael this morning as he’s canvassing in England for the elections they are getting ready to have. Sorry to say this won’t be a Euro edition this morning as I know as much about European politics as Trump knows about governing…In other words,nothing.

So I’ll just do my normal thing…A few tweets that I find interesting and my normal twisted commentary!

Can’t say I’m surprised about this…Once a crook always a crook. He can add traitor to his resume, that is until he goes to prison.

Paul Manafort is facing a disbarment complaint in CT—for concealing his work for the pro-Russian fmr prez of Ukraine https://t.co/rCBEvrlU2O

Continuing with the Russian connection but this time tying Fuckin Bernie in to the mess…Fantastic thread showing why I’ve said before Bernie is one of Putin’s puppets.

#BERNIE2020 does this woman look familiar to you? She should. She was a vocal & popular Berner pushing division 1/ https://t.co/7cJTReqEcR

Another great thread by Peter Daou…

1. THREAD. If you're pissed off at the circular firing squad over @BarackObama's speaking fees, you can thank Bernie Sanders. (1/10)

Yeah, I say fuck the media. Together with that fuckin Bernie we now have Trump.

This weekend, the news media – who treated the first female nominee of a major party with total contempt – celebrate themselves. #WHCD2017 pic.twitter.com/NoNXJ8K2Ka

@SheWhoVotes I refuse to allow the MSM to steer the conversation AWAY from Sanders hypocrisy & onto Pres. Obama's legally earning a living. #DumpBernie pic.twitter.com/pu65LxtJ8R

"I'm still asking you to believe – not in my ability to bring about change, but in yours. I believe in change because I believe in you." BO pic.twitter.com/0Qi1Yw3Vzt

There’s our lady….Thank you Hillary!

Great to see ppl take to the streets & combat climate change, protect the next generation & fight for jobs & economic justice.#climatemarch

Exciting to see the grassroots army that @swingleft is organizing to help expand the map in 2018! Learn more here: https://t.co/Of4RhkY82u

And to close it out this morning I leave it to my brother!

We really didn't deserve you guys

This is your Sunday open thread…Fire away!