The Village News & Views May 24, 2017
Wednesday Get Over the Hump Free for All 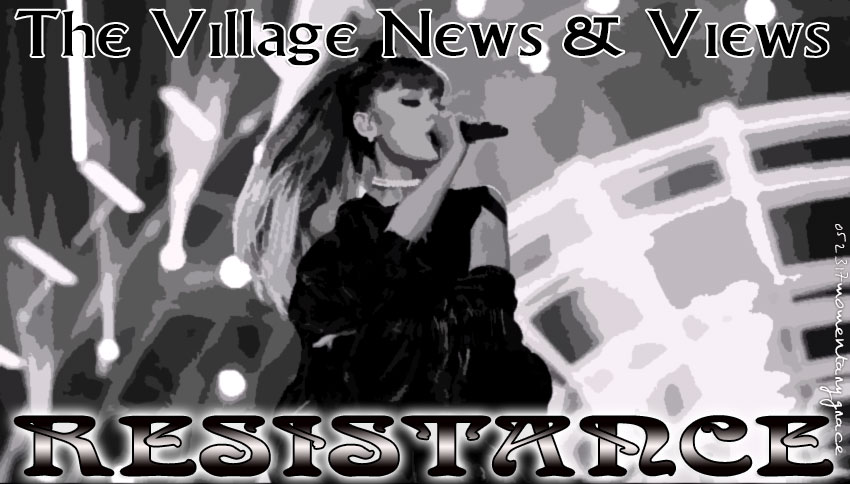 Greetings, Village Meese. It’s Day 125 of the Resistance and  another Get Over the Hump post and discussion thread for your reading, viewing and commenting.

We live in an age of unexpected, sudden violence.

I wish it were not so, and I know that everyone reading this wishes the same. For the youngest among us, they have never known anything else. For the older of us, there is still and always will be a sudden sick shock and a feeling of incomprehension about why, about how the world we remember became the world we live in now.

Those of my generation were alive when President John F. Kennedy was assassinated in Dallas, when Dr. Martin Luther King Jr. was murdered on a hotel balcony. When Robert Kennedy was shot while trying to bring our country back some hope.

Those were shocking enough and we believed that we understood that we were living in a generation surviving a national trauma.

But nothing prepared us for Columbine.

I’m not going to list off all the disasters and shootings and murders, to do so would be to disrespect them all. Each deserves its own consideration, recognition and mourning. Each is an anniversary written in sorrow and loss that will never completely heal.

President Barack Obama became the inheritor of an excruciating legacy when he was called to comfort the families of Sandy Hook. And again, disbelieving, we thought we had lived to see the worst in our lifetimes.

How can we bear up?

How do we face each new horror, and how to we give each past tragedy its due?

Perhaps we can’t, perhaps it isn’t possible. It can become all too easy to turn away, to close ourselves off from the pain, to measure how much we allow ourselves to care based on how geographically close was the latest attack, or whether we knew someone who was there, or know someone who knew… If not, we may let it drift away from our thoughts, an understandable and perhaps needful generation of ever so thin scar tissue that settles layer upon layer until we don’t even realize the distance we have created.

If you need that distance, please take it. We have to preserve our own sanity, to choose our battles, to pick our focus. We have to, because no one can do it for you. Not friend or parent or pastor or political figure.

Know when to look away. When to step back.

But… if you find a little strength… for a moment, don’t look away.

Look past the horror if you can, take a deep breath to get past the loss, to endure the empathy.

And see the people. The broken-hearted, the brave, the scared, the trembling. If you let yourself look, and listen, and care, that is the only thing you can really do, sometimes. When you can do more, of course, do it.

But when you feel helpless… look and see what you can – the people. Listen to the stories you can bear. Accept the grief because maybe you can carry just a little of it. That gift may be yours to give. The gift that someone heard and someone saw and did not move right away.

I wasn’t going to make today’s post about the Manchester bombing, because surely by Wednesday, the terror that happened on Monday would be old news.

And then I caught myself thinking that. Maybe not as nakedly as I’ve said just now, but in essence.

Resistance must be about resisting a colder world. Resisting hate, yes, but also resisting the dilution of love by numbness.

I promise cat tweets and other stuff at the end, so feel free to skip to that if you need to, but for a moment, I want to look.

At least 22 killed, 59 injured in suicide attack at Manchester Arena

How To Help The People Of Manchester https://t.co/ijlQsJoEUi via @MTVNews

No words needed other than thankyou for being there… @gmpolice #manchester pic.twitter.com/MgxLrreH17

Candles are burning in Liverpool city centre tonight for the victims of the Manchester Arena attack pic.twitter.com/jdJSPO6nbL

This shows that Manchester will stand together against what happened last night. Love is stronger than hate. Please RT. pic.twitter.com/08AvNUnjUR

Praying for the beautiful souls we lost, their families and loved ones, for the survivors who will forever be impacted by this #Manchester

Men like AJ. Working his taxi free of charge through the night in Manchester. A beautiful soul. pic.twitter.com/0QG9Z2bxY9

Our hearts go out to those killed and wounded in Manchester. Americans will always stand shoulder to shoulder with the people of the UK.

Outraged & angry about this cowardly terror attack on a crowd of young people. Sending sympathy & strength to victims & people of Manchester

‘Cause if the water dries up, and the moon stops shining
Stars fall, and the world goes blind
Boy, you know I’ll be saving my love for you,
For you

Wonkette… Here Are 10 Sexxxy NSFW Pictures Of Navy Boys Climbing A Greasy Obelisk, And Now You Are Gay

A Longing for Mister Rogers

We have a POTUS who believes ISIS is intimidated by the word "losers." Magical words will save us all! What an idiot. #Manchester

Every day we should be thankful we didn't end up with an "unlikable" president. Because how awful would that have been? pic.twitter.com/peh3NnqsIA

Our open internet is being threatened. Add an official comment to the FCC now and help save #NetNeutrality: https://t.co/IwNQfv7Tv8

Signing our pledge: we're going to keep fighting until we have healthcare for all! pic.twitter.com/qFSFVcPlDD

Congrats Rep-elect Edie DesMarais on winning the special election in New Hampshire HD-06 (Carroll) and flipping the seat from red to blue! pic.twitter.com/sdyWdxLkVa

This is the passage from my essay HRC just quoted in her keynote speech pic.twitter.com/yUuLOGCf21

Photo for header graphic from fistintheair.com used without permission.