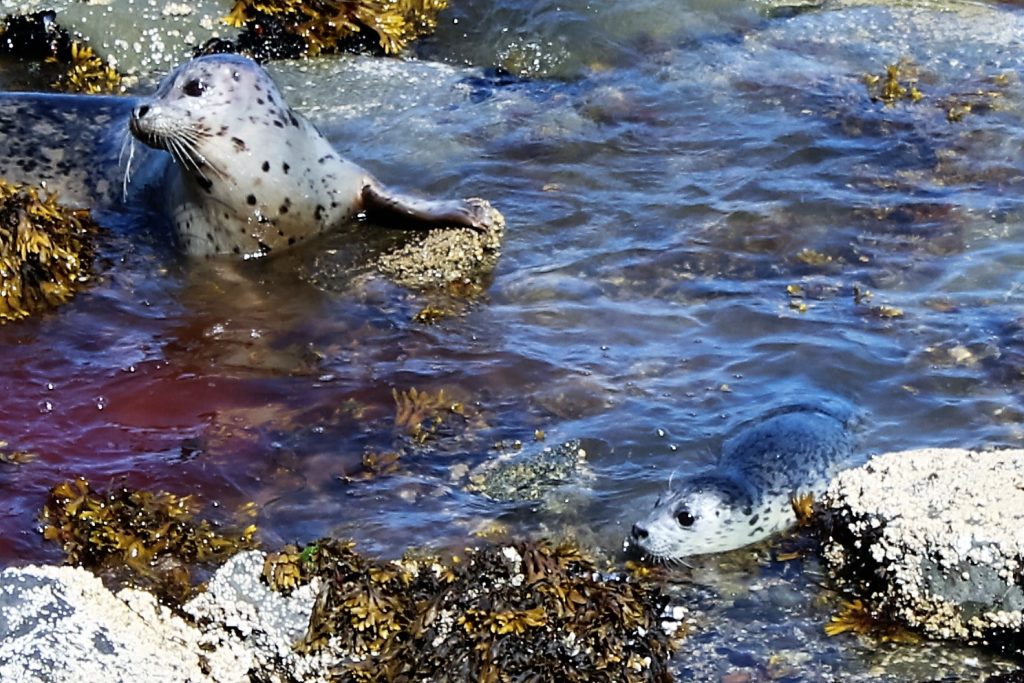 In our part of the Salish Sea, late June is the beginning of harbor seal birthing (pupping) season that runs through August. On July 2nd, I was fortunate to observe one of these births on the shore of Bellingham Bay. On an early Sunday morning walk, I saw this harbor seal (Phoca vitulina) swimming erratically in tight circles and occasionally coming up to the rocks on shore, then back to the water.  I was concerned that it was ill and disoriented. I could not have been more wrong. Mamma seal knew exactly what she was doing. 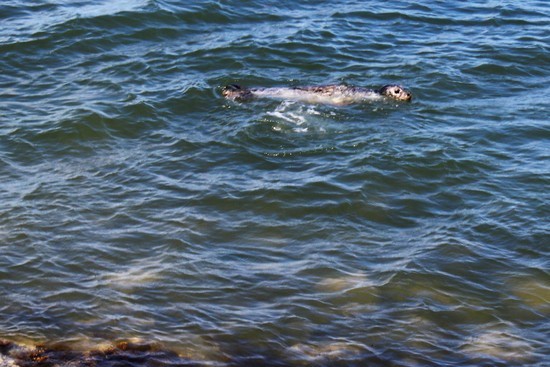 Seal appeared disoriented and flailing in the water 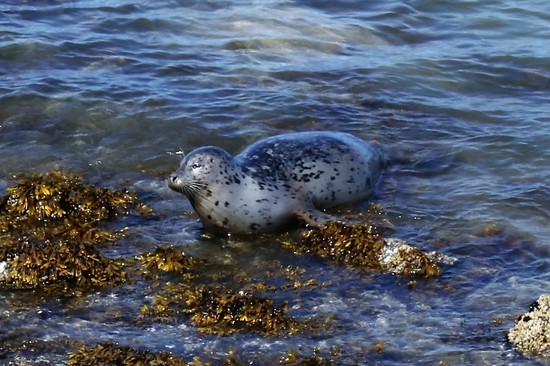 A very pregnant mamma seal pulls herself up to shore.

Shortly, a few other walkers stopped by to observe the seal pulling herself partially up in the rocky shallow water. It was then that I saw something protruding from her back side. It was mottled gray color, just like the rocks on shore. The several human mothers on shore started calling in unison – “push harder.”

Seconds later, something red appeared and then the water was full of blood. A whiskered nose pushed up through the water and it had big eyes. 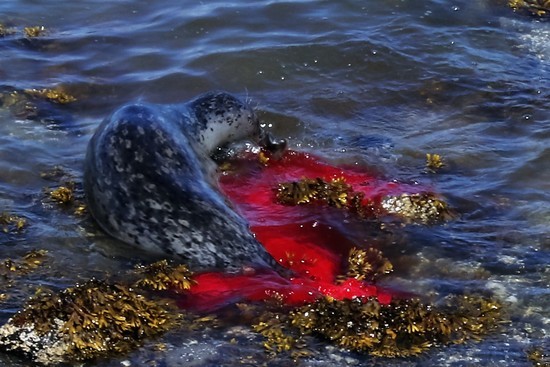 The pup is born quickly and here it looks like Mom is chewing to disconnect the placenta.

Before I knew it I had just observed the birth of what appeared to be a healthy harbor seal pup nuzzling its doting mother. 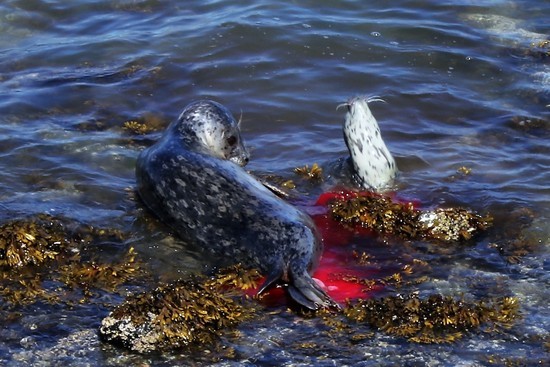 And then it came up for its first breath of air. 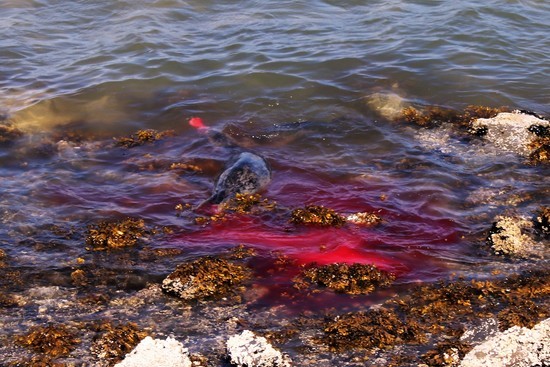 Looks like the placenta is floating away with the ebbing tide. 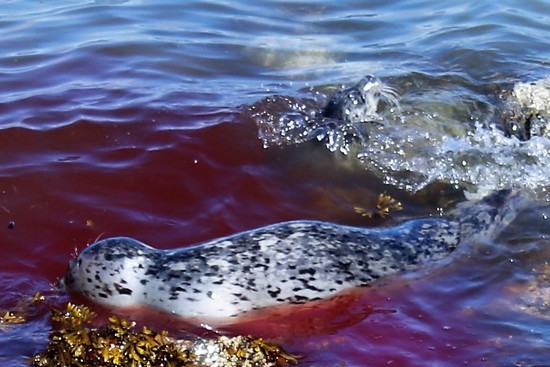 They continued to slowly romp in shallow water 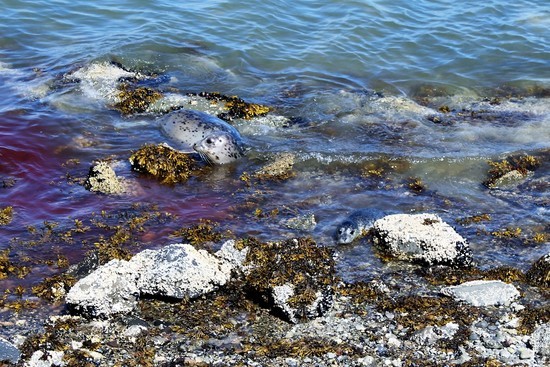 Can you find the pup? If it weren’t for its big eyes, it would blend right into the barnacle encrusted  rocky shore. It is exploring and practicing its swim moves right from the get go. If full term as this one seems to be, they can swim immediately out of the womb.

Baby seals are born between ¼th and  1/3 rd the size of their mothers, or between 18 and 30 pounds. This pup seems clearly to be in the ballpark on that front. Mothers nurse pups for 3 to 6 weeks with very rich milk (40% fat) and continue to stay with her for some time. They form affectionate and strong bonds including imprinting by smell which allows Moms find pups when lost. or left on the beach.  Mothers do not teach pups to hunt rather they learn on their own after rapidly gaining size and weight.

And there you have it —  the propagation of life in the Salish Sea. It happened all so amazingly quickly. After the birth, they just hung around and swam in the shallow water, and I assume rested.

8 comments for “The Birth of a Harbor Seal Pup”