The Weekly Democratic Party Address was delivered by Senator Tammy Baldwin of Wisconsin:

Senator Baldwin’s address focused on manufacturing jobs, a Made In America economy and Buy America legislation. 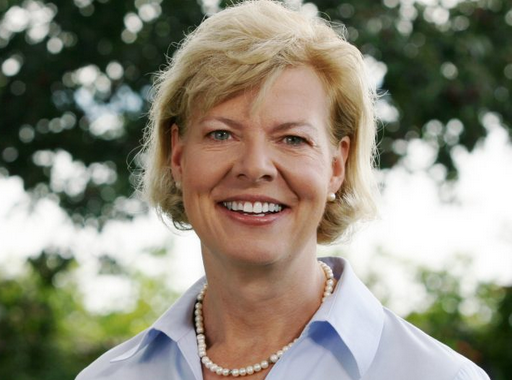 I have fought hard for Wisconsin workers by advancing Buy America legislation because I strongly believe American workers should build our infrastructure with American products, and taxpayers’ money should not be spent on Chinese iron and steel. Last year, I succeeded in including a provision requiring water infrastructure to be American-made in legislation that passed the Senate 95–3. However, Speaker Ryan and House Republicans removed this Buy America reform from the Water Infrastructure Improvements Act at the 11th hour, and there has not been a peep, or tweet, from President Trump.

In February, she re-introduced her plan:

“Wisconsin manufacturers and workers, like the men and women who work at Neenah Foundry, help build our nation’s water infrastructure and they deserve a solid commitment from Washington on a strong Buy America standard that rewards their hard work. This legislation provides that standard and its past time to get the job done because workers cannot afford to have government spending taxpayer dollars on foreign products. We must rebuild our country’s infrastructure with American labor and American products,” said Senator Baldwin. “The choice for the Republican establishment in Washington is clear: Do you stand with American manufacturers and workers or do you support spending taxpayer dollars on Chinese and Russian steel for American water infrastructure projects?”

The House is adjourned until September 5th so there is no weekly news conference.

House Democrats with “A Better Deal”

In Their Own Words: House Democrats Offer Hard-Working Americans ‘A Better Deal’

This week, Democrats launched ‘A Better Deal’ a bold economic agenda to create good jobs, lower the cost of living and build an economy that gives every American the tools to succeed in the 21st Century. House Democrats stand unified in their policy proposals to create 10 million good-paying, full-time jobs over the next five years, aggressively lower prescription drug costs and put economic power back into the hands of America’s families by cracking down on corporate monopolies and mergers.

See what others are saying …

(Comments from House Members at the link)

Washington, D.C. – Democratic Leader Nancy Pelosi released the following statement on a proposal of insurance marketplace stabilization measures and changes to the Affordable Care Act unveiled by a bipartisan coalition of Members today:

“Democrats have long stood ready for constructive discussions with Republicans on how to update and improve the Affordable Care Act, stabilize the marketplaces, and continue to drive down families’ health costs.

“While the President angrily threatens to raise Americans’ premiums, Congress has a responsibility to work together in a bipartisan fashion for the good of the American people. The Republican Leadership should finally move past repeal, follow the example of their Members releasing some proposals with Democrats today, and come to the table for serious bipartisan conversations.”

“Our nation’s immigrants are the constant reinvigoration of America. By bringing their hopes, courage and determination to succeed to our shores, each generation of newcomers makes America more American.

“From the start, President Trump has pushed a hateful, senseless anti-immigrant agenda that instills fear in our communities, weakens our nation, and dishonors our values. Whether unleashing a deportation force to tear apart families, or threatening the protections of DACA, or backing the tired cruelty of this bill, the Trump Administration continues to choose discrimination over smart policies that strengthen and enrich our nation.

“Democrats will continue pushing for comprehensive immigration reform that recognizes and embraces the contributions of immigrant families. We will never stop fighting to ensure that America remains a land of opportunity for those who work hard, abide by our laws and dare to dream.”

2 comments for “Fighting Back: Senator Tammy Baldwin “We should build a Made In America economy””