Morning meese…another day, much more assholery we’ve had to pushback against.

Having to sift through and take offense with Trump and his colony of racist, misogynistic bigots every single day is bad enough and something that could have been avoided if people had actually read and or listened to Hillary.
It’s when we have to push back against people(read Republican lite) that claim to be progressive liberals when in fact they are nothing but anarchists with the brains the guy in the sky gave to slugs, sorry slugs.

For the life of me I can’t see that anything Bernie Sanders has to say has much if any value. They’re just slogans that unfortunately the lazy liberals have bought into and are now like the mice to the Pied Piper. He keeps up with his stump speech which might sound different on any given day but is always the same thing just said a little differently.

What we have to muffle is the mouths of his mice that are a little smarter than his average mouse but still just as divisive becasue they won’t drink water(pun intended), they just guzzle the kool-aid. Nomiki Konst, Nina Turner, Roseann DeMoron and their ilk are shoved to the front to take on sane liberals because they give Bernie cover. The morons at Dkos that run their mouths should just be avoided. Don’t answer them at all…Just let them run off at the mouth as trying to reason with them is a waste of breath.

Only thing I can think of to shut them down is something I said in one of earlier threads..March on the DNC with petitions or even a physical march calling to our party officials for an end to the Bernie is a liberal voice for Democrats and nothing but a subversive piece of shit.

Imagine dissing Americans –patriots serving our country under difficult conditions in Russia -to praise Putin. Our president did today. https://t.co/KovoLuMISa

Trump is using the presidency to enrich himself https://t.co/qaOYiCSqao

The shirt I wear for travel. pic.twitter.com/1JPvCjFxYw 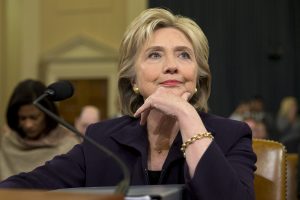