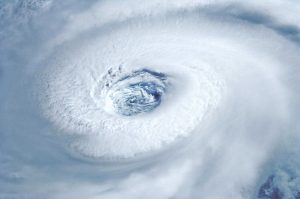 I’ve only experienced one hurricane in my life; Hurricane Gloria in 1985, when I was living in Portsmouth, RI on Aquidneck Island. As a native Midwesterner, I had no idea what to expect, and so I hunkered down with my dogs gathered round me and waited. I distinctly remember my reaction when we were in the eye. I found myself breathing again, even when I knew there was more to come. (We were lucky. Gloria hit during low tide, and the island did not sustain much damage as compared to other areas of Rhode Island and New England.)

Today I want to celebrate the good we see around us. I do not want to minimize what is happening in TX and LA; nor am I suggesting that 45*s idiocy can be ignored. But August recess is almost over, and the need for daily/weekly calls to our reps will be essential once again. We are more aware than ever of the need to confront racism and sexism in all its forms, and there will be ongoing calls for support as Harvey moves on and the rebuilding begins. We’re far from out of the storm, but today, let’s create and enjoy a brief breathing space.

Things that immediately light up my day

Finding light in the darkness

Houston resident shares selfie with National Guard member who rescued her and her family. “I am forever grateful!” https://t.co/1h8btK9Kyl pic.twitter.com/xiEfL1igH7

Memes, because even wry laughter is laughter

Yes, Harvey knocked us to our knees, but WE WILL stand up. We’re Texans, WATCH us rise. #PJNET #CCOT #TexasStrong #Texas #tcot #MAGA pic.twitter.com/BJHvC0jc5z

Show them how we do it Texas. #Texasstrong #Houston pic.twitter.com/6XEmds4KOk

I never saw this coming; not with the current governor of IL

Twenty-nine years or so later…

"If someone tries to deport you, I will represent you myself." Mayor @SylvesterTurner

Announcing Hillary Clinton LIVE! She’s going on tour, and you can buy a ticket. “Now I’m letting my guard down.” pic.twitter.com/Zc5meyIaQX