The Village News & Views September 20, 2017
Wednesday Get Over the Hump Free for All 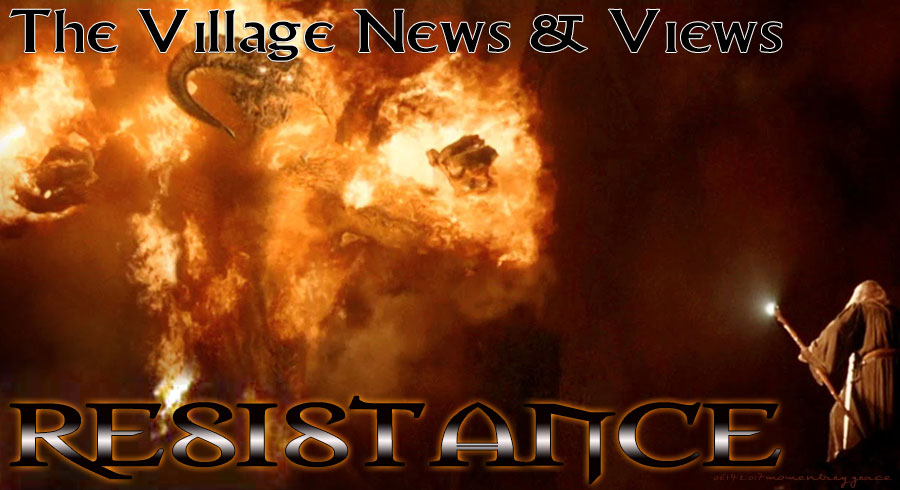 Greetings, Village Meese. It’s Day 244 of the Resistance and time for another Get Over the Hump post and discussion thread.

If today’s banner looks familiar, it’s because I decided to re-use an old one. Two reasons: one, I’m swamped and tired, and two, we are right back at the Bridge of Khazad-dûm, also known as Durin’s Bridge, ALSO known as THE REPEAL AND “REPLACE(HAHA)” OF OBAMACARE.

You known what is going on, you know what is needed. If anyone is confused, comment and someone will help you out.

Why Did The FISA Court Okay All This Wiretapping? A Lawsplainer!

#GOP SCUM! Once agaiN Health Care is on the block! Call your representatives and tell them to keep their selfish hands off your OBAMACARE!

Republicans have made it clear they don't care about bipartisanship or people affected. It's ACA repeal or nothing. https://t.co/wvpNk09Mss

CALL CALL CALL. Do not let up. Kill the bill before it kills us. #GrahamCassidy https://t.co/XkQNK3Tmtx

#GrahamCassidy is just another name for kicking people off their insurance.

The ability to discriminate against people with pre-existing conditions is back in full force under #GrahamCassidy https://t.co/DpFvHQTGj9

This is why I need you to join our effort to stop the partisan #GrahamCassidy repeal plan. WATCH: pic.twitter.com/tWStCcYVEe

We need all hands on deck to save the ACA!

Tell your reps to vote NO on the #GrahamCassidy bill.

Hearing from activist friends that Senate phone lines aren't being slammed like they were w/ prior healthcare atrocities. Get in there y'all https://t.co/UZKvslxSMJ

Paul & I are praying for the loved ones of those lost & the injured today in the Mexico City earthquake. #PrayForMexico

Prayers for #MexicoCity & those in the path of #Maria. As we meet at @UN, these disasters remind us of our duty to aid & uplift each other.

Tuesday, at the United Nations…

I'm in the doctor's office and trump's UN speech is on tv and this lady, at least eighty years old yells, he's so full of shit!!!

Intense news day, so in case you missed it, @robreiner and @davidfrum launched https://t.co/tniTbeGikN.