Morning Meese, I got my copy of “What Happened” yesterday. I’ve read the first 30 pages and have gone through all the emotions…Love, hate, compassion, anger, happiness, sadness, optimism..Just in those first pages you can feel Hillary conveying them in her words. Going to be hell getting through this book I can see already. By page 21 I had already had to pull the tissues out. I think it will be cathartic for all of us to read it as I am sure it was for Hillary writing it. I can see by the time I finish I’ll probably be as angry as I’ve ever been by what has been taken from us but hopefully energized to push forward, stronger together.

The insidious bastards on the right will try anything to ram their crap down our throats…I say bullshit.

Go auntie go…The only people that deny your claim are the traitor Repukes.

More underhanded bullshit from the right…

GOP leaders: Obamacare is a disaster. We're on a rescue mission.

From her mouth to god’s ear…

A World W/O 1 single republican would be a beautiful world👏👏👏😁Well, there are a few in which I've grown fond…but just a handful👌🏻❗️

Kochs pledge 400 million to GOP if they repeal Obamacare.

#KochCashBrothers Here's the other side of the story on Obamacare Repeal: Promises to keep – to Kochs – before Graham-Cassidy can sleep… pic.twitter.com/AUCDPkIK9j

Good thread showing Trump’s words are taken as truth by NK and Kim will play them for all they are worth.

I don't think it's a coincidence that this comes just days after Trump stood in front of the #UNGA and threatened to "destroy" North Korea. https://t.co/gJ0udhaUTZ

My assistant, Miss Hillary, got all tuckered out helping with TGIF. 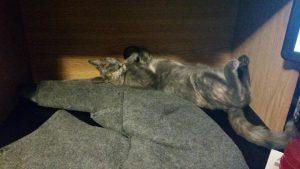