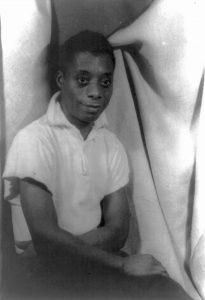 In a moment of semi-panic because I had no clue what I was going to write, I turned on the television in the hopes distraction would mitigate the writing block and lead to clear thinking. It was a serendipitous choice. Independent Lens on PBS was airing “I Am Not Your Negro”, based on James Baldwin’s last and unfinished manuscript, Remember This House. It’s been years since I’ve read anything by Baldwin, but the documentary reminded me of his eloquence and passion. When we have a crude, inarticulate racist in the White House, and toadies not only willing, but eager, to justify hatred through contortions and misrepresentations of history, it seems a good day to listen to James Baldwin. His truths still resonate.

Note: I have tried to use YouTube videos with a closed captioning option; though imperfect, the overall sense is generally intact.

Give me liberty or give me death…(no transcript)

“If we were white — if we were Irish, Jews, Poles — Nat Turner would be a hero. If a white man stands up and says, ‘Give me liberty or give me death,’ the whole world applauds. If a black man says the exact same thing, he is treated as a criminal” James Baldwin pic.twitter.com/AyhLqFV3Wl

In response to the [whitesplained] suggestion that there is too much emphasis on Black and White vs areas of commonality:

Debate vs William F. Buckley, 1965 at Cambridge on the motion,”The American Dream is at the Expense of the American Negro.” (excerpt 1)

A transcript of James Baldwin’s remarks at the debate can be found here.

On the future of the country