Lots of stuff happening to give us smiles in the last week or so after so much sorrow with the kids getting killed by a weapon that should be illegal to own.

Bobby Mueller has been breaking bad on Dotard associates and implicating Bozo in his indictments as likely knowing what was going on. Of course Bozo tried unsuccessfully to blame Hillary…Of course he did…Nothing is ever Bozo’s fault, just ask him.

Looks like Manafort and Gates are toast…Here’s hoping Tad’s name comes up soon in Mueller’s investigation as we all know he’s as crooked as Manafort. The added joy that when the investigation turns to Tad it can’t help but embroil Bozo right in the middle. Bad days ahead I suspect for Bozo which make me a happy camper.

Wondering though, what’s going on with Mike Flynn?…We haven’t heard much of anything about Flynn in quite a few weeks.

Here’s hoping for another good week from Bobby…Might even get a new round of indictments today!!!!

I am tired of watching stories go unheard by politicians who continue to drag their feet on laws to protect Americans. I am pledging $1 million dollars for a nationwide initiative to register high schoolers to vote ahead of the 2018 midterm elections. pic.twitter.com/JrshyFanQn

Reuters reporting that both National Security Adviser H.R. McMaster and Chief of Staff John Kelly may be on the verge of quitting.https://t.co/ioJ1l02TpY

“I’m under so much stress,” she said describing her state a week after the shooting. “I’m angry and exhausted. Angry, exhausted and extremely proud.” https://t.co/uqhzE0ycAN 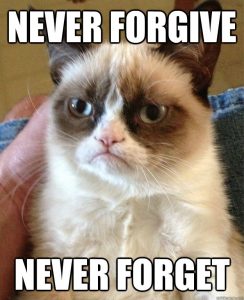