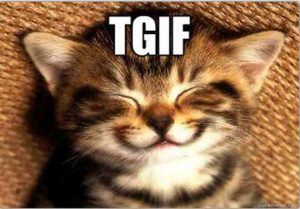 The investigation seems to be moving along quite nicely.Seems like everyone and his brothers mother is being investigated for a lot of different offenses. How Mueller is keeping it all in order and moving along smoothly is very impressive.

I’ve been thinking Tad has already been questioned or we would have seen his name come up before now seeing as how he and Manafort and Gates were in cahoots together in Ukraine. I hope Bozo is tossing and turning in the wind worrying about what Tad knows and what he’s done becasue we all suspect by now that Manafort was using Tad to use Bozo.

I’ve been thinking that this whole mess was started by Putin years ago. Maybe as far back as 2011 when Trump started talking about running in 2016 and he’s been Putins stooge ever since..What happened was the perfect storm for them when Hillary won the nomination. IF you really think about it the Republicans are so afraid of Hillary they have been demonizing her since the 90’s because they saw the day she would run for President. We knew how impressive she was back then and still is.

If a lot of people in the country weren’t so goddamned stupid Hillary would be President and nothing that has happened in the last 13 months would have.

Fuck the Conservatives and all the faux Christians…

I don't care how many indictments happen, I won't be satisfied until Hillary Rodham Clinton takes her rightful position in the White House. We were robbed. #shewon pic.twitter.com/yCelCMmjXW

You know something is really wrong with Huck when the Country Music Association says he’s too conservative..

This is SUCH a big story.

The CMA Foundation has dumped #MikeHuckabee for being the vile homophobic racist he's been for decades.

Dumbest asshole ever born…Hard to fathom that the other idiots in the WH are as stupid.

I had a great meeting tonight with @realDonaldTrump & @VP. We all want safe schools, mental health reform and to keep guns away from dangerous people. POTUS & VPOTUS support the Second Amendment, support strong due process and don’t want gun control. #NRA #MAGA

Yeah, the moral to this is don’t vote for damn Republicans!

Whoa!: “Hicks has been secretly keeping…a 'diary of her White House work, and her interactions w/Trump.'” If true, belongs to USG not her, must be preserved in WH under Pres Recds Act, raises issues about her handling of classified & WILL be subpoenaed. https://t.co/oPKBlBRtvL

Scott Lloyd, director of the Office of Refugee Resettlement, tries to prevent teen girls under his control from acessing abortions to which they have a legal right. pic.twitter.com/gleYlms1IW

If you've been waiting for the charges related to the crime at the center of the whole Trump Russia scandal, the hacking of Democratic e-mails by Russia, NBC reports today that those charges are coming. pic.twitter.com/1efyBo30vY

Smile to start your Friday off…

When a doggie and a mini horse are the best of friends. I truly wasn’t prepared for this dosage of adorableness. 😍💚pic.twitter.com/3EFFXc45HT