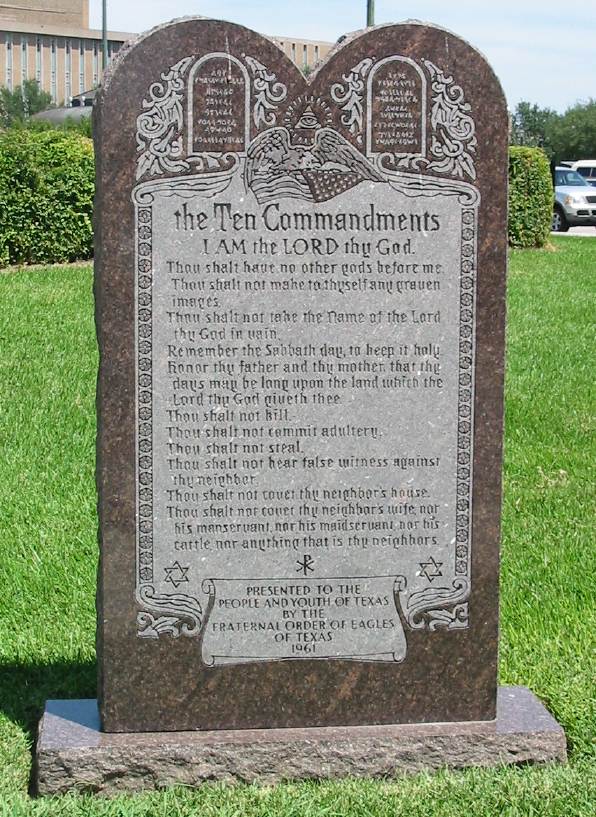 “How can ‘Christians’ support the current pResident?” is a question we’ve all heard over and over again. I, however, think it’s the wrong question, or at least a question that is asked without benefit of a particular type of historical background. Over the next few weeks, I’m going to provide some of that background through stories of past and current “unholy alliances” with the hope that they point to a path for recognizing the tactics used, re-centering conversations, and reclaiming our right to weigh in on issues of morality (whether defined as “Christian” or not).
If you know little about Cecil B. DeMille beyond “Hollywood director,” you’re probably in good company. If you decided you wanted to know a bit more, it’s likely that Step One would be a visit to his Wikipedia page, where one can read about a long, successful career, with only one sentence noting, “DeMille was a lifelong conservative Republican activist.” (Cecil B. DeMille) What’s missing is both accuracy and nuance. There is little reason to doubt that DeMille was sincerely and explicitly devout in his younger years, or that he found the Bible to be a great source for film ideas. But his apparent religious conservatism did not make him a lifelong conservative Republican activist. There is little evidence of political activity for the first 50 years of his life (although he later crafted a retrofitted and largely fictional persona of activism with the aid of studio publicists); in a 1931 Variety interview, he stated that the public “has been milked” by big business, which is hardly the argument of a Republican; and in 1932, he voted for Roosevelt, claiming only later that his vote was driven by the desire to have Prohibition repealed (which also raises questions about the extent of his “devoutness” given the role of so many churches, including the American Episcopal Church in promoting temperance). It is far more likely that DeMille, whose biographers generally portray him as a consummate showman, a benevolent despot, and a selfish opportunist, started on his path to political conservatism when personal income taxes and a tax audit led him to believe that he was being oppressed by the government, which was taking all of his money.

Whatever his motivation, by Roosevelt’s second term, DeMille was well on his way to becoming committed Republican and a supporter of James Fifield’s Spiritual Mobilization. By 1945, as an extension of his own anti-union battles within the radio industry, he started his own foundation, the DeMille Foundation for Political Freedom. As the hagiographic Cecil B. DeMille Foundation describes it:

After hosting Lux Radio Theatre for nearly nine years, DeMille opposed the American Federation of Radio Artists (AFRA, later AFTRA) when it required its members to contribute a dollar towards a political campaign supporting the closed shop. Though in favor of unions, DeMille decried political assessment fees and refused to pay the dollar tribute. He was suspended from the union in January 1945. His action cost him the Lux job and banished him from radio (and later television) for the rest of his life. In 1947 Congress passed the Taft-Hartley Act, assuring that no one can be denied the right to work for refusal to pay a political assessment. Senator Robert A. Taft said that DeMille’s refusal to pay the dollar had drawn widespread attention to an abuse of union power.

A grassroots movement gave birth to the DeMille Foundation for Political Freedom. When the organization began in September, 1945, only two states had had right-to-work laws on their books. At the time of DeMille’s death in 1959 there were nineteen. Cecil B. DeMille Legacy

The Fraternal Order of Eagles (FOE) was formed in 1898, and in its early years was noted for its role in promoting the establishment of a national Mother’s Day and for its support of Social Security. With membership requirements that were explicitly white-only and Christian, it was unsurprising that they took up a campaign to distribute framed paper scrolls printed with the Ten Commandments. The program was started by Eagle and judge, E.J. Ruegemer of Minnesota, who was dismayed when a juvenile defendant in his court admitted he didn’t know the Ten Commandments. The judge sentenced the boy to learn (and obey) the commandments; as head of the Eagles’ Youth Guidance Commission, he persuaded the order to distribute copies of the commandments.

In 1947, Minnesota Judge E. J. Ruegemer sentenced a youth who had stolen the family car and hit a pedestrian to learn the Ten Commandments. From this case, Ruegemer got the idea for the Eagles Ten Commandments program.

Starting in 1951, the Fraternal Order of Eagles distributed framed copies of an Eagles version of the Ten Commandments to courthouses and schools in Minnesota. The purpose was to indoctrinate youths in Judeo-Christian morality with the expectation that they would conduct their lives according to “God’s Law.” The program went national in 1953. Fraternal Order of Eagles Ten Commandment Monuments Program (1951-2010)

It is estimated that by 1954 almost 10,000 of these framed scrolls had been distributed across the country, to cities, churches and schools; to civic and religious groups; and to individuals.

And then a consummate showman has a brainstorm…

In 1952, DeMille had begun planning his next film, The Ten Commandments. Although he had done a movie on the topic in 1923, he felt the times were ripe for another rendition.

“The great clash between two beliefs is dramatized,” the director explained to the Los Angeles Times. “Rameses II represents the ruler governing only by his own whims and caprices, whereas Moses brought to the people a rule of life which was eternal and right because it came from the Supreme Being.” “It is the story of human freedom,” he told the Washington Post, “whether men are to be ruled by law or by whims of dictators, whether they are to be free souls under God or whether they belong to the state.” (Kruse, Kevin, One Nation Under God: How Corporate American Invented Christian America, Basic Books, 2015, p. 142)

(Note: those 30 years of Moses life were pretty much a figment of DeMille’s imagination, despite what he says about historians.)

When DeMille heard about the FOEs program of distributing Ten Commandment scrolls, he saw the opportunity to wed his belief in “free souls under God” with a marketing opportunity for his huge, and hugely expensive, film. He urged the Eagles to switch from paper scrolls to stone tablets closer to those described in Exodus. A new program of stone monuments was born, and DeMille, with the help of the Paramount publicity department, worked to ensure that unveilings included stars from the film; Yul Brynner attended one in Milwaukee, Charlton Heston in North Dakota, and promotional materials from Paramount everywhere. The scope of the program changed too. At DeMille’s suggestion, the Eagles worked to present monuments that would become fixtures on state capitol grounds, courthouse lawns, public parks, and even school properties. By the time The Ten Commandments was released in 1956, monuments had been erected on public land for the first time, in 1955 at a public park in Ambridge, PA. No record was kept of how many monuments were donated and erected by Eagles’ groups before the program ended in 2010 (estimates range as high as 4000), but as of January, 194 have been accounted for, with 118 of those on public land (Where are the Eagles Ten Commandments Monuments?) The legacy of the film lingers too: when adjusted for inflation, it is the 7th highest grossing film of all time, and since 1973, it has been aired on network television in primetime during Easter/Passover.

There’s one other legacy of this merger of faith and marketing that was becoming apparent even by 1957. Although the program as originally conceived by the Eagles had received widespread interfaith and interdenominational support, when the push came for placement of monuments on public property, support, especially Jewish support, waned. The American Jewish Congress feared the erosion of the separation of church and state, and local branches of the ACLU also voiced objections. In the 2005 Supreme Court case, Van Orden v Perry, the monument on state Capitol grounds in Austin TX was deemed constitutional (in a 5-4 plurality decision), because it had both a secular (historical) and religious value. Part of the rationale for this distinction is due to the placement of the Austin monument in an area where other historical markers and monuments exist. Interestingly, on the same day the Van Orden decision came down, another case was decided. In McCreary County v. American Civil Liberties Union, two ten commandments displays in two different Kentucky courthouses were ruled unconstitutional in a 5-4 decision. In this case, it was held that no secular or historical purpose existed for the placement of these displays, and their solely religious purpose violated the Establishment Clause.

5 comments for “Thursday in Mooseville – Unholy Alliances: DeMille and the Fraternal Order of Eagles 3/7/19”