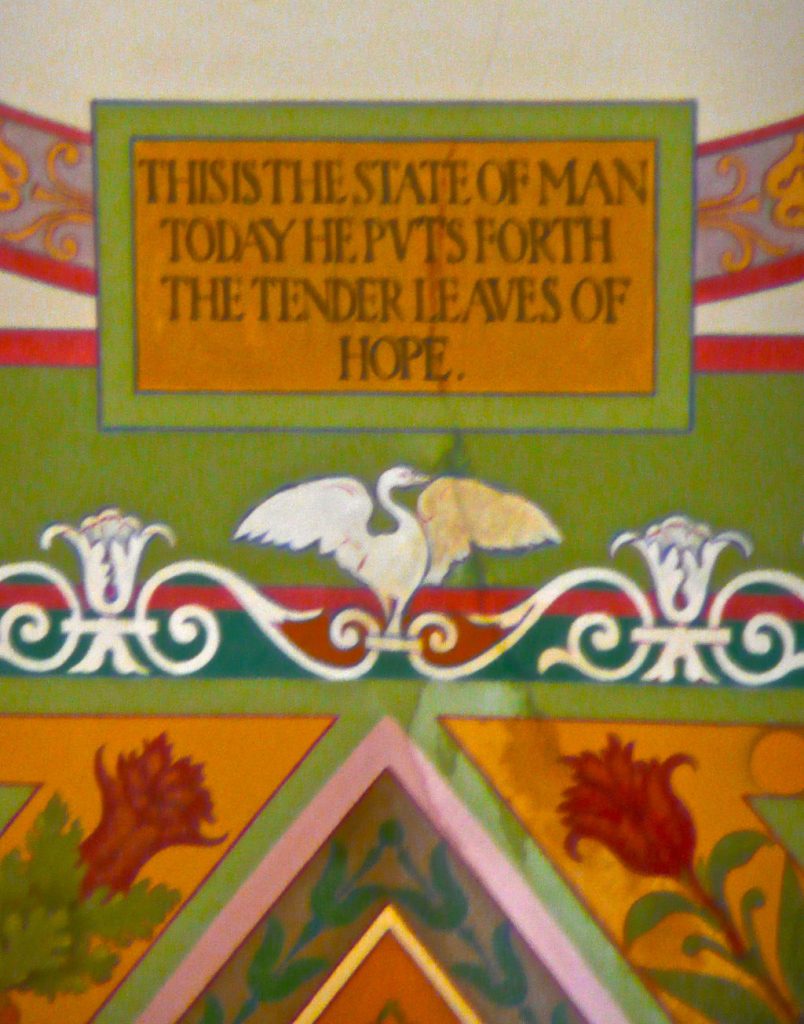 When AG Barr released his four-page summary of the Mueller report, I slammed head- and heart-first into an emotional brick wall. I’ve been reeling ever since with frequent and massive anxiety attacks and enough acid reflux to keep Tums, Zantac, Nexium, and Mylanta in business for a decade or more. The anger, the disgust, the despair, the hopelessness were enough to turn me away from my usual historical reading and buried instead in cozy mysteries and fluffy fiction. But that’s the path of privilege; the path which isn’t immediately and wholly threatened by the choking weeds of corruption and authoritarianism…and so can be used for escape. While my raging gut may have begged for retreat from the realities of tRumpism, I knew it could only be a temporary reprieve while I looked for ways to regroup. I found a path; a path with the most unexpected starting point: the writings of Gloria Jean Watkins, the American author; professor; feminist; and social activist, better known as bell hooks. This won’t be a comprehensive overview of bell hooks’ writing, but a glimpse of the stepping stones made by her that led me to other stones by writers, thinkers, and activists. Stand with me on each stone and feel the power of hope rediscovered.

It is no accident that when we first learn about justice and fair play as children it is usually in a context where the issue is one of telling the truth. The heart of justice is truth telling, seeing ourselves and the world the way it is rather than the way we want it to be. (p. 32)

To begin by always thinking of love as an action rather than a feeling is one way in which anyone using the word in this manner automatically assumes accountability and responsibility. We are often taught we have no control over our “feelings.” Yet most of us accept that we choose our actions, that intention and will inform what we do. (p. 24)

LOVE REDEEMS. Despite all the lovelessness that surrounds us, nothing has been able to block our longing for love, the intensity of our yearning. The understanding that love redeems appears to be a resilient aspect of the heart’s knowledge. The healing power of redemptive love lures us and calls us towards the possibility of healing. We cannot account for the presence of the heart’s knowledge. Like all great mysteries, we are all mysteriously called to love no matter the conditions of our lives, the degree of our depravity or despair. The persistence of this call gives us reason to hope. Without hope, we cannot return to love. Breaking our sense of isolation and opening up the window of opportunity, hope provides us with a reason to go forward. It is a practice of positive thinking. Being positive, living in a permanent state of hopefulness, renews the spirit. Renewing our faith in love’s promise, hope is our covenant. (pp. 142-143)

blockquote>He [Booker’s father] made it clear to me that I was–that we in this generation are–the physical manifestation of a conspiracy of love. The conspiracy of love wasn’t conducted with grand gestures or expansive deeds; it was powered by people who practiced consistent acts of decency that, when combined over time and with the acts of others, carried a transformational power. My father made it clear to me as a child that I was alive because of the relentless actions of humble people who will never make it into a history book but define the character of this country. He called on me to be such a person, to always remember that the biggest thing you can offer on any given day is a small act of kindness. (p. 14)

E pluribus unum–out many, one. I am proud of this virtue, so evident in the people I’ve met in my life, and find myself returning to it as one of our most consequential values…
…We make a grave mistake when we assume this spirit of connectedness is automatic or inevitable. It is not a birthright. A united country is an enduring struggle. It takes collective work and individual sacrifice. It is not enough to call on others or wait for a leader to emerge who will exalt our national values. I believe this is the question we face, as citizens of this nation: what will we do to affirm this most critical American virtue? When too many are despairing over a nation that seems mired in partisanship, divisions, and petty grievances, and a society that still struggles to address enduring injustices, it is imperative that we recognize the power we have to transform the reality we criticize or condemn. (pp. 7-8)

Hope locates itself in the premises that we don’t know what will happen and that in the spaciousness of uncertainty is room to act. When you recognize uncertainty, you recognize that you may be able to influence the outcomes–you alone or you in concert with a few dozen or several million others. Hope is an embrace of the unknown and the unknowable, an alternative to the certainty of both optimists and pessimists. Optimists think it will all be fine without our involvement; pessimists take the opposite position; both excuse themselves from acting. It’s the belief that what we do matters even though how and when it may matter, who and what it may impact, are not things we can know beforehand. We may not, in fact, know them afterward either, but they matter all the same, and history is full of people whose influence was most powerful after they were gone. (p. xiv)

Activism isn’t reliable. It isn’t fast. It isn’t direct either, most of the time, even though the term direct action is used for that confrontation in the streets, those encounters involving lawbreaking and civil disobedience. It may be because activists move like armies through the streets that people imagine effects as direct as armies, but an army assaults the physical world and takes physical possession of it; activists reclaim the streets and occasionally seize a Bastille or topple a Berlin Wall, but the terrain of their action is usually immaterial, the realm of the symbolic, political discourse, collective imagination. They enter the conversation forcefully, but it remains a conversation. Every act is an act of faith, because you don’t know what will happen. You just hope and employ whatever wisdom and experience seems most likely to get you there. (pp. 64-65)

John Lewis, Walking with Wind: A Memoir of the Movement

We have problems. We will always have problems. A free and open society–a democracy–is by definition an eternal work-in-progress. As someone once said, democracy is ongoing conversation. It will always be altering, shaping and defining itself for the better. That is the way we move forward, by responding to problem after problem, step-by-step. We will never reach the top of the mountain. The summit will always recede. It is not there to be reached. It is there to give us a direction, a goal. It is there to lead us higher. (p. 494)

There is an old African proverb: “When you pray, move your feet.” As a nation, if we care for the Beloved Community, we must move our feet, our hands, our hearts, our resources to build and not to tear down, to reconcile and not to divide, to love and not to hate, to heal and not to kill. In the final analysis, we are one people, one family, one house–the American house, the American family. (p. 503)