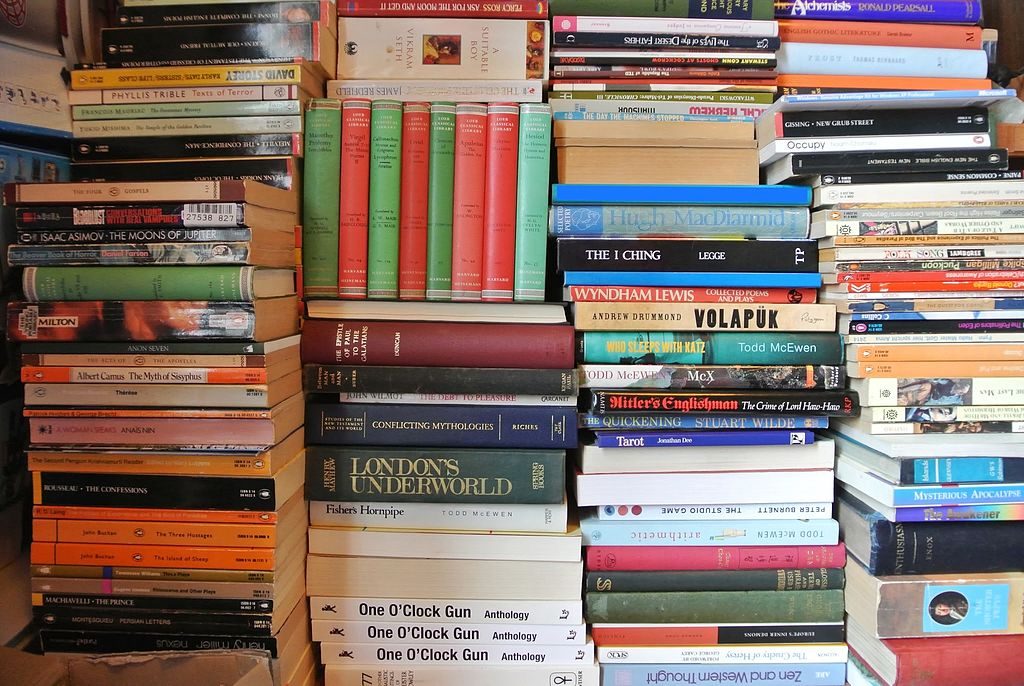 Between work hours that are almost identical to my library’s open hours (making library visits next-to-impossible) and my habit of reading in bed at night (with a dog sleeping against my shoulder, effectively limiting me to one arm/hand), my reading is mostly done on my Nook these days. The only downside to that is that sometimes it’s too easy to buy books, and I end up with more month than budget. This past month I was left with plenty to read, but it was all brain-main-course, when I needed some dessert. It was time to peruse the $2.99 and under offerings, and I lucked out in a big way.

Hope Never Dies by Andrew Shaffer, 2018
When I first read the about this book and its ridiculous premise when it came out in July, 2018, I scoffed. An Obama/Biden mystery with Joe and Barack ostensibly in Watson-esque and Holmesian roles? I could see the potential for an amusing, but cheesy, storyline, but I could not see any reason to actually buy the book. That was then. This is now, and with a $1.99 price tag, suddenly it didn’t seem like an extravagance, but a reasonable investment in self-care. It was.

From the moment I saw the opening dedication and acknowledgment, I knew I was going to be reading a fun, funny romp written in Joe ‘Watson’ Biden’s voice. It’s a book that lets you set aside whether Joe is right or wrong for 2020 and instead consider what happens when an 8-year bromance suddenly loses the twin pillars of proximity and shared goals. The story begins with Joe a bit adrift: undecided about 2020; unemployed while Jill is still working; and struggling to define what “private citizen” means for himself. In the meantime, Obama is reported to be hanging out with Justin Trudeau in Montreal, kite surfing with Sir Richard Branson, and maybe even hanging out a little too much with Bradley Cooper (he of the piercing blue eyes and now the centerpiece photo on Biden’s dartboard). There’s a mystery too that draws Joe and Barack in, but they mystery is not the reason for reading the story. Shaffer does an amazing job of capturing the voice and character of Biden, flaws and all. His portrayal of Obama is sometimes aggravating, but because the story is told from the perspective of an emotional and hurt Joe, some of that is clearly intentional. But when Shaffer lets Barack be Barack, we get something easier to imagine as true to form:

“Hot one out,” I announced, tossing a five spot on the counter. Barack rolled his eyes–he wanted to get in and out as quickly as possible. However, I was a Delawarean. And Delawareans make small talk.
The girl look out the window. “Global warming,” she said with a shrug.
“Actually, it’s more of a gradual process than that,” Barack said, suddenly interested in our conversation. “That’s why we prefer the term ‘climate change.’ What you’ll see is a degree or two warming over the next fifty years, which will be enough to cause the sea levels to rise ten feet. When that happens–” (p. 140)

If Hope Never Dies were a standard mystery, I would have given it a C; being an Obama/Biden mystery made it a B+. There’s a sequel scheduled to be published this July. As much as I enjoyed this book, I won’t be buying the sequel unless or until it becomes available in the Nook bargain bin.

A Study in Honor by Claire O’Dell, 2018
If the hook in Hope Never Dies is Obama and Biden as a modern day Holmes and Watson, the hook in A Study in Honor is not just similar, but intentional. From the title, a play on A Study in Scarlet, to the names of the protagonists, Dr. Janet Watson and Sara Holmes, the comparison to the original Holmes’ stories is obvious. The setting is the near-future; the late 2020s is my best guess. Dr. Watson is a lesbian, African-American graduate of Howard University who has lost her arm in the New Civil War. Sara Holmes is some sort of government agent; perhaps a spy, but definitely working in the intelligence field. Despite all the efforts to establish the links to canon and set the stage for a Holmes’ pastiche, A Study in Honor works most effectively not as a Holmes’ mystery but as a dystopian novel of the post-45* years. It’s best understood as Janet Watson’s story: as a woman, as an African-American, as a wounded veteran with PTSD, and as an amputee negotiating the terrain of the VA. The post-tRumpian world, with a civil war started in response to a new president’s efforts at gun control and reestablishing civil rights and equality, is an ugly place, with DC politicians torn between fighting against the Russia-financed rebels and calling for a return to less “anxious” times. Despite the bleak background, it’s the tremendous personal courage of Janet Watson and the intelligence of Sara Holmes that drive the story and captured my interest. And yes, there is a mystery, but if this had been nothing more than the memoirs of Janet Watson, I would have been satisfied.

I thought I was buying $1.99 brain candy; I got so much more. As a Holmes’ pastiche, I’d give it a B. As a story which echoes the best elements of Doyle, but isn’t beholden to them, I’d give the book an A-. As a story about a woman and a veteran, this is an A+. A sequel will be available in July; I will be buying it at full price the minute it is available for download.