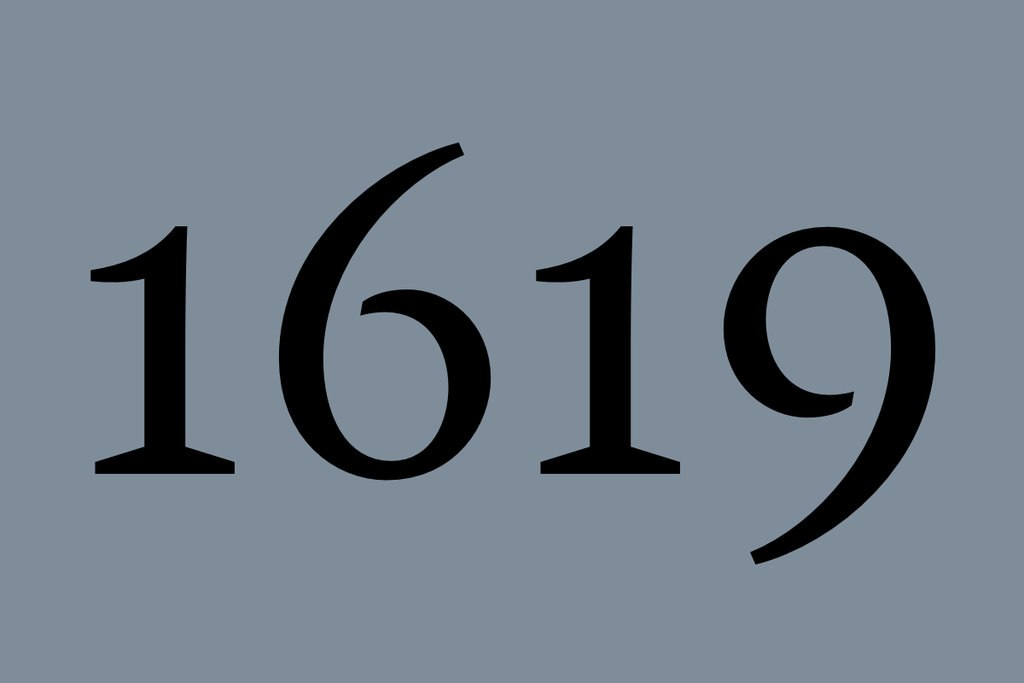 I wasn’t paying much attention to Twitter this past weekend, so I am grateful that Sis Dee’s Sunday post (1619. The 400th anniversary of the real founding of America.) brought the 1619 Project to my attention. I haven’t yet read all the articles, but what I have read reinforces the shameful truth in Dee’s comment, “Much of what is being presented in this series is information that is still not being taught in our schools.” It’s a simple, straightforward truth, and yet, as I peruse Twitter, I’m seeing reactions that range from outrage to even more outrage from too many White commenters. I was immediately reminded of Michael Eric Dyson’s statement in his powerful book, Tears We Cannot Stop: A Sermon to White America:

You certainly have an insatiable thirst for history, but only if that history justifies whiteness. Most black folks can’t help but notice what many white rarely wish, or are compelled to see: you embrace history as your faithful flame when she kisses you, and yet you spurn her as a cheating mate when she nods or winks at others. (p. 65)

In fact, before I finish reading the articles in the 1619 Project, I’m going to reread Dyson’s book first, especially the chapter that contains the section on the five stages of white grief. The outrage being expressed about a telling of history that is not white-centered is predictable, and Dyson says there is only one way to overcome white defensiveness: to repent of whiteness. This post explores Dyson’s diagnosis and prescriptions for healing. Please be mindful that I write this through the racial lens of a white woman, but a white woman who sincerely wants to repent of her whiteness.

In a paragraph that is confirmed by the eruption of angst, outrage, and defensiveness after the 1619 Project articles were released this weekend, Dyson first notes this about White America:

There is often sorrow and anguish in white American when blackness comes in the room. It gives you a bad case of what can only be called, colloquially, the racial blues, but more formally, let’s name it C.H.E.A.T. (Chronic Historical Evasion and Trickery) disorder. This malady is characterized by bouts of depression when you can no longer avoid the history that you think doesn’t matter much, or when attempts to deceive yourself and others–about the low quality of all that isn’t white–fall flat. It’s understandable that you experience mood swings. It bears some resemblance to the five stages of grief a person passes through when they know they’re dying. (p. 72)

If CHEAT doesn’t sound unhealthy enough, Dyson warns that untreated CHEAT disorder can lead to other disorders:  F.A.K.E. (Finding Alternative Knowledge Elusive), F.O.O.L. (Forsaking Others’ Outstanding Literacy), and L.I.E. (Lacking Introspection Entirely). If you’re having difficulty envisioning what these maladies look like, all you have to do is read the tweets of Dinesh D’Souza, Newt Gingrich, or Erik Erikson. I know I can find examples closer to home, but fortunately, I think I’ve been able to arrest my own CHEAT syndrome in an early and non-chronic stage. The key to doing so, according to Dyson, is to confront CHEAT full-on and grapple with the five stages of racial grief in the process.

The first stage of white racial grief is to plead utter ignorance about black life and culture. …It is a willful refusal to know. (p. 74)

This is the stage of grief which doesn’t recognize that there were advanced civilizations and prosperous trade networks in Africa while Europe was in the Dark Ages. This is the ignorance that declares that African-Americans have no allegiance to family, with no cognizance of the role of slavery in destroying family ties or the role of ancestors in traditional African culture. It is the invective aimed at identity politics, while elevating the evangelical white working class, with no apparent awareness of the existence of the religiously-influenced black working classes. When the protective barrier of willful refusal to know is hammered with knowledge and reality, there can be two reactions: acknowledgement of reality or reacting with fear. Some white folk are finally able to acknowledge that blackness is a part of American history; that “slavery made America a slave to black history.” (p. 76) Choosing fear, on the other hand, means making America great again, because the presidency is supposed to be us not them.

The second stage of grief flashes in the assertion “it didn’t happen.” Instead of “forget it,” there is “deny it.” …Denial is even more sinister than amnesia because there is some concession to facts that are then roundly negated. Here is where the gaslight effect goes wild. Black folk are made to feel crazy for believing something they know to be true. (p. 78)

Dyson points out that the White version of history is built on the denial of fact; he even goes further and declares it “denial as fact.” This is the process by which past inequalities are admitted, but a defense is built on the foundation of a faux confession. When white folk declare that it was ancestors who engaged in slaveholding, we’re practicing the “not me, but them” denial. It’s the process that focuses on the individual to the exclusion of the systemic to maintain plausible deniability. And it’s the process which allows for cynical decisions like Shelby v. Holder which effectively denied the need for VRA Section 4; it was needed in the past, but because it worked, it was no longer needed.

The third stage of white racial grief, appropriation, looms everywhere. If black history can’t be forgotten or denied, white America can, simply, take it. …White culture bows at the shrine of black culture in order to rob it of its riches. White America loves black style when its face and form are white. (p. 81)

When a Rachel Dolezal claims a black identity or when an Iggy Azalea mimics black vernacular in her hip-hop, they claim that imitation is the sincerest form of flattery. When designer Marc Jacobs had all of his models, most of whom were not black, styled with dreadlocks, he responded to the outcry by stating that he did not see color. In all of these cases, the appropriation is of the benefits of blackness but never the burdens. There is an attempt to lay claim to uniqueness while never suffering the ostracism of the outsider. Color blindness is touted as a form of racial neutrality, which diminishes the Black experience of inequality and acts as a denial of the need for racial justice. The only Americans helped by not seeing color are White Americans.

If the appropriators can freely rip off our culture with no consequences, those who revise racial history–the fourth stage of white racial grief–are even less accountable for their deeds. …The way of the racial revisionist, when it comes to black life and history, is, simply, to rewrite it. Their motto is, “It didn’t happen that way.” (p. 86-87)

The Civil War was fought over states’ rights. Slaves were well-treated and better off than they had been in Africa. Martin Luther King was beloved in the White community and never angry; conversely, Malcolm X was a personally-violent thug who preached hatred and was a racist. Read any high school history text, and it’s a narrative of lies and omissions written for the comfort of White America. Race is erased from the narrative when referencing African-American history and culture; it is only relevant when it is Whiteness that is being upheld and celebrated.

The urge to rewrite black history occasionally gives way to the final stage of white racial grief, which is, simply, when it comes to race, dilute it. That is, to argue that bad stuff doesn’t just plague black folk. …This is the sordid version of reverse American exceptionalism. (p. 88)

When the White response to Black Lives Matters is All Lives Matter, this is an obvious dilution of Black history and the Black experience. But there are less obvious dilutions too. “Babe Ruth was the greatest baseball player of his generation” seems like a straightforward statement until one considers that baseball was still segregated, and he never played against all of the great players of his time…only the white ones. When movies like Green Book or The Help feature the Great White Foil, they’re diluting the black experience by featuring the white hero. The message becomes about the need for the Black person to have the help of the White person. Operating under the guise of the nobility of racial harmony, the Black experience is diluted so as to be palatable to the White audience.

You must repent of your whiteness, which means repenting of your catastrophic investment in false grievances and artificial claims of injury. You must reject the easy scapegoating of black folk for white failures, white disappointments, and white exploitation. (p. 94)

The bottom line is that only by acknowledging and working through the stages of white racial grief can true repentance occur. I firmly believe that that 1619 Project provides the tools to help make this happen. The question becomes, “Will you use them?”