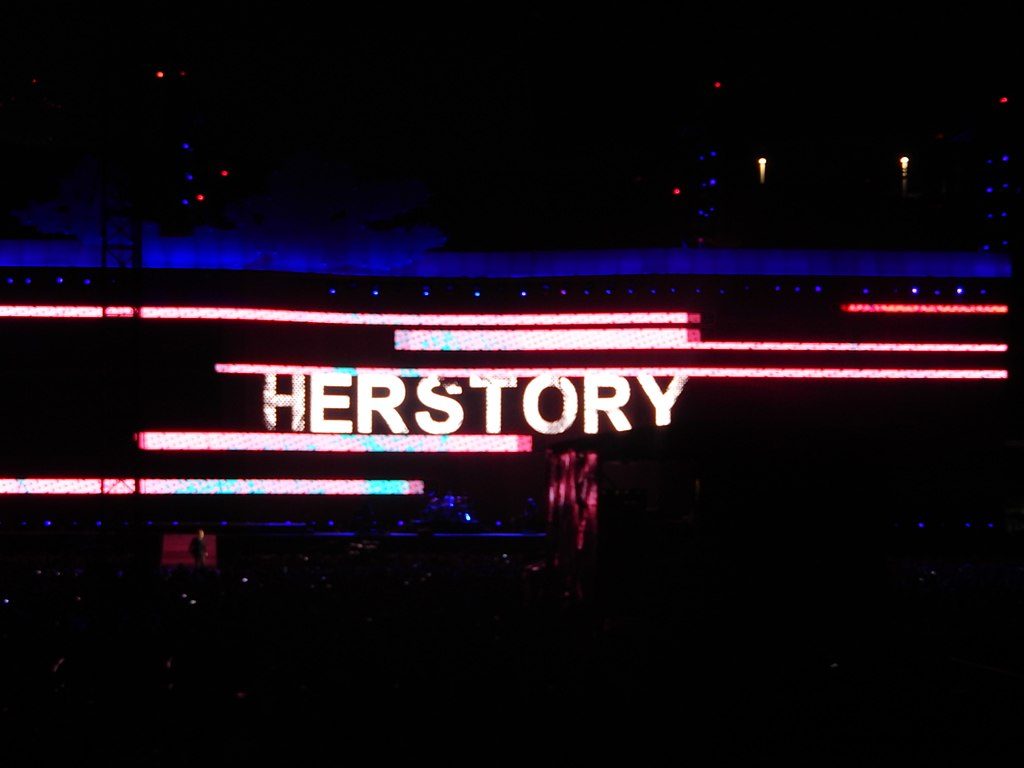 In what will come as shock to absolutely nobody, I’m a bit of a history buff. I was a history (and German) major in college, and I’ve always interspersed my mystery reading with history and history-related books. What I didn’t do on a regular basis is read history by historians; I would read Walter Isaacson or Ron Chernow, who are wonderful, accessible writers, but not historians. When I started using Twitter, it was a revelation. I somehow stumbled across the #Twitterstorians, and a whole new world of academic historians was opened up to me. It’s been a journey filled with interesting, informative tweets and an ever-expanding reading list. Today I want to feature some of the women historians I follow; some I only follow on Twitter, some have books that are on my TBR list, and some have books that I’ve already read. All are herstorians worth getting to know better.

Twitterstorian Stephanie E. Jones-Rogers (@sejr_historian), associate professor of history, UC Berkeley Dr. Jones-Rogers first came onto my radar when I sent out a tweet to Twitterstorians asking for book recommendations. Dr. J-R was one of two historians who recommended their own book. I like that kind of confidence and unapologetic pride in one’s hard work, so I bought her book (I bought the other historian’s book too). The book is They Were Her Property: White Women as Slave Owners in the American South, and it is the only book I’ve read in recent years that has disrupted my world so completely and profoundly that I have yet to find a way to write a post about it. I finished it about a month ago and thought I would be doing a write-up right away; instead I’m finding I”m still processing the history and the emotions that have been shaken and stirred. The book is not elegant writing, although the research certainly is. It’s often repetitive, but it was that very redundancy that finally broke through my subconscious White barriers and forced me to finally look squarely at the realities of slavery that I had never considered; that I had never had to consider because of the color of my skin. At some point, I still intend to do a more in-depth review of the book, because I think it is an important read, not just from a purely historical perspective, but from the perspective of how that history still impacts the present-day. Dr. Jones-Rogers explicitly makes that connection in a recent interview.

When I think about that part of the book, I also think about what is happening today. The erasure of certain elements of horror and the darkness of [white women’s] investment and involvement in the history of slavery are very much why we’re shocked to see the way that some white women respond to interactions with black people today.

You can also see that in the “send her back” chants — the idea that black people have never been citizens and they never belonged. I think there are parallels to what this woman said in the early 1900s and what white women are saying today about African-descended people, whether they be congresswomen or just average black folk on the street. (How white women’s “investment” in slavery has shaped America today)

Twitterstorian Keri Leigh Merritt (@KeriLeighMerrit), is an independent scholar, and her research and writing is more focused on race and class, rather than gender, inequality. I started following her on Twitter after twitterstorian Kevin Kruse did a roll call-out, asking fellow twitterstorians to recommend historians to follow. Her 2017 book, Masterless Men: Poor Whites and Slavery in the Antebellum South is on my to-be-read list. Although class history is not one of my particular areas of interest, Dr. Merritt’s focus on the lower classes rather than the Southern elite exposes a side of life in the South that won’t be found in our Gone With the Wind versions of history. The antebellum South was a virtual police state designed to benefit the wealthy, slaveholding class; ironically, it was Reconstruction which cemented white supremacy across all classes:

The earliest traces of cross-class white solidarity, however, date back to the United States’s first experiment with biracial democracy. While her book is largely focused on the antebellum era, her discussion of Reconstruction and its aftermath is perhaps the most illuminating for contemporary politics. The irony of emancipation, she argues, is that “poor whites were finally granted at least enough of the privileges of whiteness to get them off the bottom rung of society, which would now be occupied by blacks.” (From Pariahs to the Privileged: On Keri Leigh Merritt’s “Masterless Men”)

Twitterstorian Martha S. Jones, “Society of Black Alumni Presidential Professor and Professor of History at The Johns Hopkins University. She is a legal and cultural historian whose work examines how black Americans have shaped the story of American democracy.” (Johns Hopkins bio) Dr. Jones is a recent follow for me, largely because her 2018 book (yet to be read by me), Birthright Citizens: A History of Race and Rights in Antebellum America combines two of my recent areas of interest: the 14th Amendment and pre- and post-Civil War history. The validity of birthright citizenship has been questioned by 45* (most likely at the behest of President Miller) and has long been a target of the Right. Dr. Jones is well aware of the importance of the history and how it applies today:

JONES: Well, the first thing that comes to mind is that citizenship has really for all our history been a very contested question. Who is in? Who is out? Who belongs? Who does not? For me, I go back to the history of former slaves long before the Civil War who themselves are looking for a legal status that will help them resist what was called in the early 19th century colonization, a system of sort of deportation that aimed to remove former slaves from the country to send them to the Caribbean or Canada or West Africa. And so for me, there’s something chilling about the news today because it is in some ways so familiar.

CHANG: And when you speak about that time, that is roughly the time when this whole notion, this idea of birthright citizenship started taking hold in the U.S.

JONES: Yes. And it really originates with former slaves long before the Civil War who are now free people, are building families, are building communities, are part of the engines of economic prosperity in the country but really occupy an ambiguous status before the Constitution. There was lots of debate about how to regard them, but they are clear that what they aim for, what they aspire to is birthright citizenship, a guarantee that they are permanent members of the body politic. (The 14th Amendment And The History Of Birthright Citizenship In The U.S.)

Twitterstorian Daina Ramey Berry (@DainaRameyBerry), the Oliver H. Radkey Regents Professor of History at the University of Texas at Austin, is a specialist on the history of gender and slavery in the United States and Black women’s history. She’s another recent follow for me; I became aware of her as some of my other Twitter follows were retweeting her. Her most recent book is on my TBR list: The Price for Their Pound of Flesh: The Value of the Enslaved, from Womb to Grave, in the Building of a Nation. Described as a profoundly humane look at an inhumane institution, the book seems likely to be a perfect, if painful, companion book to They Were Her Property. She also has a new book with a release date of February 2020 entitled, A Black Women’s History of the United States which will go on my reading list. Dr. Berry’s twitter feed and research topics reflect her strong commitment being a historian for and of the enslaved.

“The Price for Their Pound of Flesh” forces us to acknowledge the degree to which African Americans clung to their sense of selfhood, physically, mentally and spiritually. To some people today, it may not matter much that a young black woman was sold on average for about $236 (nearly $7,000 in today’s dollars) or that a young man sold for about $258 (more than $7,500). But it matters a lot — a whole lot — to be reminded of, in Berry’s words, “the infinite value of African American souls.” And through them the soul value of us all. (WaPo: How slaves maintained their personal value even while on the auction block)