An October family gathering at Deer Harbor on Orcas Island was met with three days of rain and about a half an hour of glorious sun on Saturday. For the most part, the heavy cloud cover muted the usually brighter fall colors but they were great anyway.

Getting to Orcas Island is always a pleasant trip. The ferry leaves from Anacortes and stops as Lopez and Shaw Islands before depositing  us on Orcas. The ride is about one hour total.

Although most of the color was the Big Leaf Maples, I was particularly attracted to the Madrone/Madrona (Arbutus menziesii) as they were shedding their red bark and exposing their yellow for the winter. Also they appeared to having a bumper crop of red berries this year. 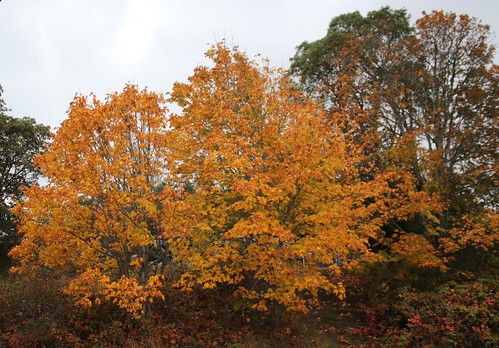 The sun appeared briefly just before it went down and I grabbed my camera and took off
to catch some of it on the trees. I was richly rewarded with the following series
of photos taken along a path that overlooks Deer Harbor from a bluff above. 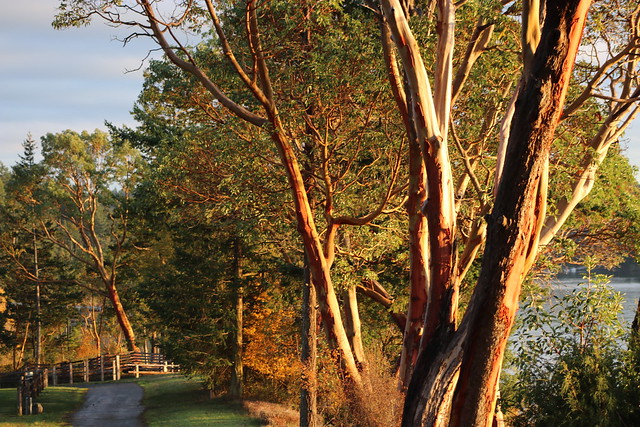 Madrona along bluff above Deer Harbor 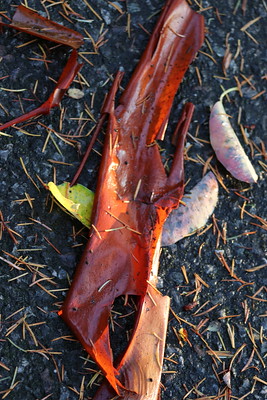 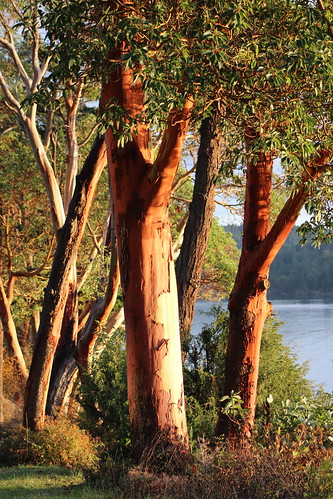 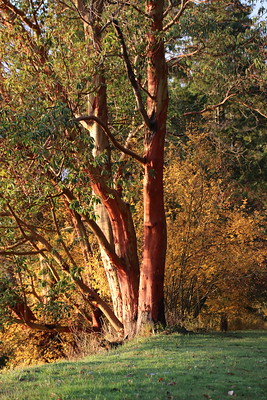 As I noted above, most of the time there was cloudy and wet. But this makes for some interest as well.
I think it shows the tree structure better against the grey sky. 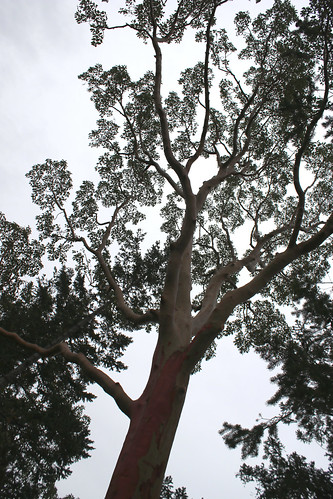 Madrona against a grey drizzly sky 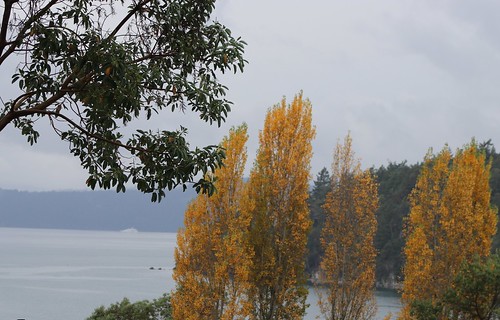 View of Deer Harbor from our cabin deck. San Juan Island sits across the water on the left.

I did say there were seals

A seal was out fishing and came by to check us out on the docks. This photo looks backs across the harbor to the bluff with the Madrona stand. 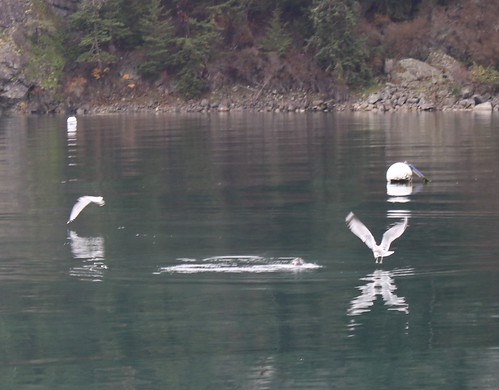 This seal was successful having come up with a fish. The gulls were hoping for a free lunch but no such luck for them. 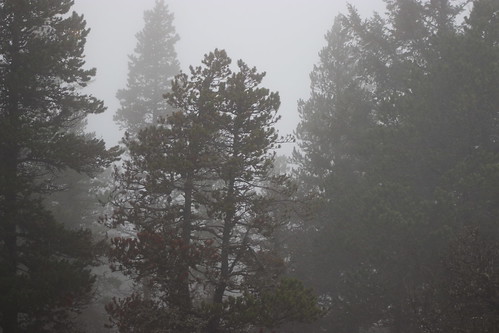 The view from atop Mt. Constitution.  Compare this to what it looks like from there when clear 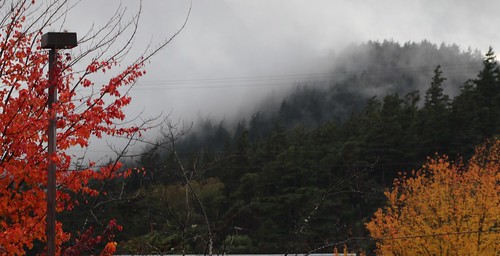 Color and clouds in East Sound 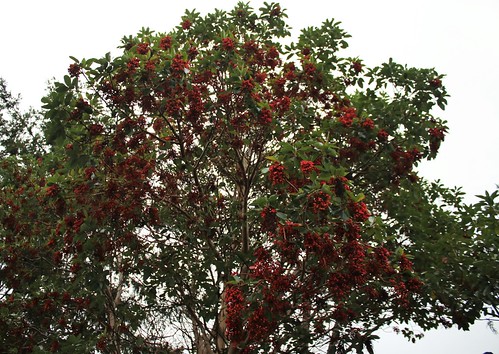 A bumper crop of red Madrona berries., The tree was full of birds.

Last are a few photos of the ferry ride home 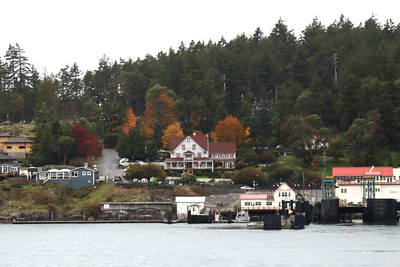 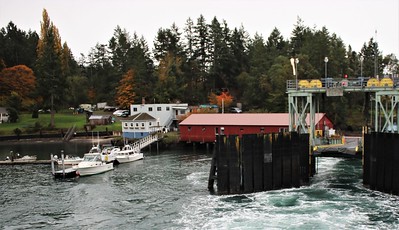 Shaw Island terminal with a bit of color 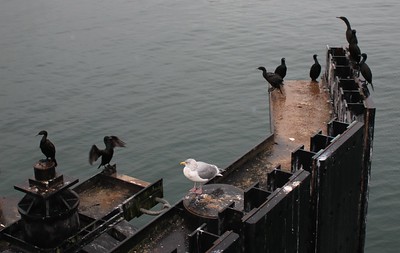 Some pelagic Cormorants at the Shaw Is. dock. 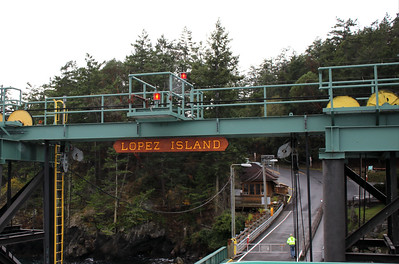 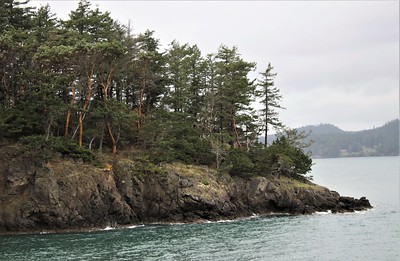 More Madronas from Lopez Is. to the right of the terminal.

So thanks for coming along on my little tour of the San Juan Islands on a wet October weekend. It was a good trip and we enjoyed the short excursion and the few minutes of sunlight.