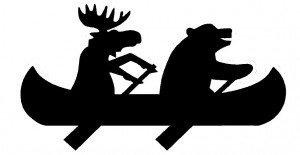 Please Bear with us while we move the Moose.

END_OF_DOCUMENT_TOKEN_TO_BE_REPLACED

Welcome to The Moose Pond! The Welcomings posts give the Moose, old and new, a place to visit and share words about the weather, life, the world at large and the small parts of Moosylvania that we each inhabit.

END_OF_DOCUMENT_TOKEN_TO_BE_REPLACED

In this week’s address, the President reiterated his commitment to expanding access to education, and to spreading the joy of reading to more children and young adults.

Earlier this week, the President announced two new efforts that, building on the progress already made by his ConnectED initiative, will do just that: a challenge to mayors, libraries, and school leaders to help every student get a library card; and commitments from libraries and major publishers to provide more than $250 million in free e-Books for low-income students. In his address, the President also previewed his upcoming commencement speech at Lake Area Tech, in Watertown, South Dakota, where he will discuss his plan to make two years of community college as free and universal for every American as high school is today.

The President is working to ensure every child has the access to the education and resources they need to be successful.

END_OF_DOCUMENT_TOKEN_TO_BE_REPLACED

Attorney General Eric Holder bid a final farewell to what he predicts will be recognized in the next half-century as a new “Golden Age” at the Department of Justice, leaving behind a historic six-year tenure as the first African-American man to serve as the nation’s top attorney.

“This is something that has meant the world to me, it has helped define me as an individual and as a lawyer, as a man,” Holder said in his final send-off Friday with the department employees who served under him. […]

In a nod to his historic achievements, the Justice Department released a video earlier in the day featuring prominent politicians from President Bill Clinton to Rep. John Lewis to Sen. Patrick Leahy, describing Holder’s legacy as “the people’s lawyer.” […]

Slipping off his wrist a black band with the inscription “Free Eric Holder” – a fashion statement among his supporters in the Justice Department during the months-long stand-off over Lynch’s confirmation – Holder tossed the rubber bracelet into the crowd in his final act as attorney general.

“I think we can officially say now that Eric Holder is free,” he said.

Transcript of farewell speech below the fold.

END_OF_DOCUMENT_TOKEN_TO_BE_REPLACED END_OF_DOCUMENT_TOKEN_TO_BE_REPLACED

The president’s speech in Selma:

Transcript: Remarks by the President at the 50th Anniversary of the Selma to Montgomery Marches
(full text below the fold)

Six hundred marchers assembled in Selma on Sunday, March 7, and, led by John Lewis and other SNCC and SCLC activists, crossed the Edmund Pettus Bridge over the Alabama River en route to Montgomery. Just short of the bridge, they found their way blocked by Alabama State troopers and local police who ordered them to turn around. When the protesters refused, the officers shot teargas and waded into the crowd, beating the nonviolent protesters with billy clubs and ultimately hospitalizing over fifty people.

President Obama on this weeks events:

“When I take Malia and Sasha down with Michelle next week, down to Selma, part of what I’m hoping to do is to remind them of their own obligations. Because there are going to be marches for them to march, and struggles for them to fight” 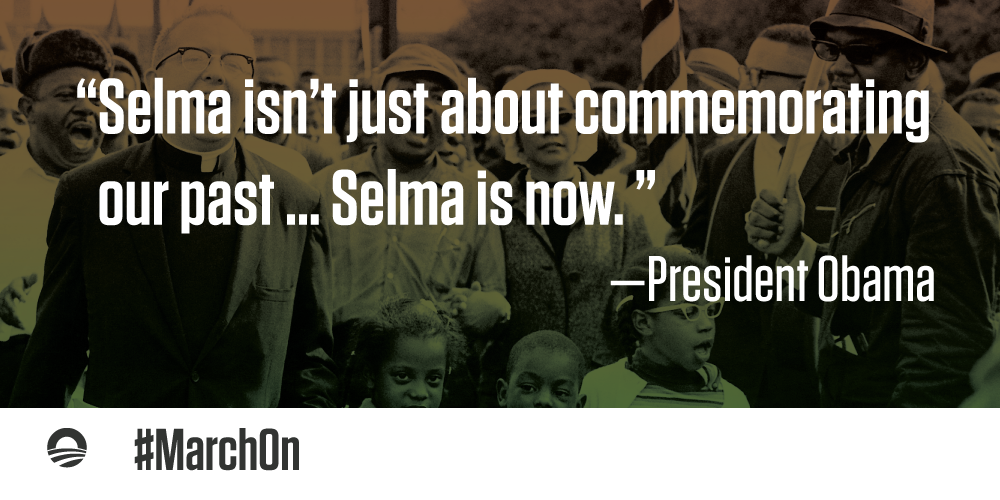 There are many stories about the march, few as imbued with symbolism as this one Tweeted by @splcenter: The Untold Story of Why MLK Wore a Hawaiian Lei at Selma 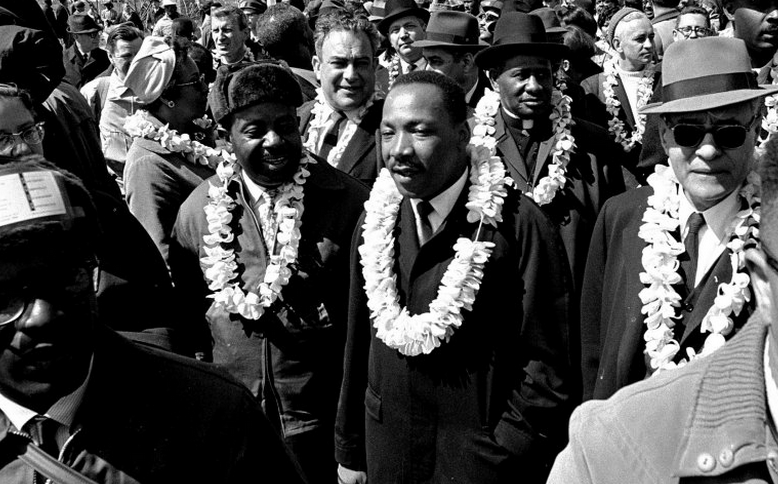 Bright Hawaiian lei will be on full display this weekend when President Barack Obama, civil rights icon Rep. John Lewis and others march across the Edmund Pettus Bridge in Selma to mark the anniversary of the civil rights protests.[…]

In photos of the 54-mile third march from Selma to Montgomery on March 21, 1965, Martin Luther King, John Lewis and other demonstrators can be seen wearing the iconic Hawaiian flower garlands.

The journey of those flowers from Hawaii to Alabama started a year earlier, when King delivered a lecture at the University of Hawaii. It was there that he met Rev. Abraham Akaka, the brother of future U.S. Sen. Daniel Akaka.

In the lead-up to the third march, as President Lyndon Johnson was making preparations to protect the demonstrators with military policemen and the Alabama National Guard, Rev. Akaka sent gifts of bright white lei from the Pacific Ocean to the Deep South to be draped on the marchers.

For the reverend, it was a symbolic gesture that affirmed Asian-American support for the civil rights movement.

The first black president, born in Hawaii, will be wearing a lei to honor the civil rights movement.