The Weekly Democratic Party Address was delivered by Rep. Carolyn Maloney announcing House passage of the Never Forget the Heroes Act which will make permanent and fully fund the 9/11 Victim Compensation program.

(In this week’s address, Congresswoman Carolyn Maloney discusses the bipartisan effort to honor the sacrifice of the heroes of 9/11 and their families by permanently authorizing the September 11th Victim Compensation Fund via the passage of H.R. 1327, the Never Forget The Heroes Act.)

“These [first responders] are remarkable people who did not hesitate in the hour when we needed them most.

“These are people who believed their government when we told them that the air was safe. And so, with every breath they took of that toxic dust-filled air their personal odds grew worse and the danger to their health increased.

“We now have a moral obligation as a nation to take care of them. First and foremost, because of their sacrifices for this country and, secondly, because of the terrible, toxic lie our government told them. 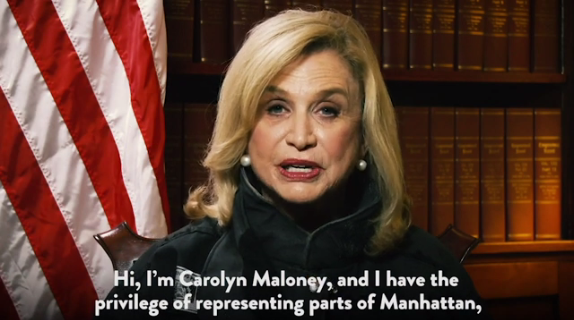