The Weekly Democratic Party Address was delivered by Rep. Sean Casten of Illinois speaking about our moral obligation to lead on climate change and how Democrats are prepared to do so.

(Congressman Sean Casten discussed the upcoming Congressional Delegation to the 2019 United Nations Climate Change Conference in Madrid and the importance of the United States’ leadership in addressing the climate crisis.)

[Under Republicans control], the United States has failed to bring that leadership to greenhouse gas emissions. Even worse, we have walked away from the international agreements that would do so.

“And while House Democrats joined together to pass H.R. 9, the Climate Action Now Act, sending a clear message that just like the thousands of localities, cities and U.S. companies, we are still in on the Paris Agreement, Senate Republicans and the President have met this historic effort with inaction and a resounding silence. That is not leadership. It is cowardice. […]

“The greatness of the United States – and our greatest gift to the world – is our leadership. We are not perfect, but since World War II there has been no greater advocate for equality, for the rule of law and for international peace than the United States.

“We have the ability – no, we have the moral obligation – to lead in this moment as well.

“The times have found us, and we will not shirk from our responsibilities. That will be our message to our allies in Madrid, and that is our charge moving forward. […]

“House Democrats will continue leading For The People: to lower health costs and prescription drug prices; to raise wages by rebuilding the infrastructure of America in a green, resilient, transformative way; and to clean up corruption to make Washington work for you. 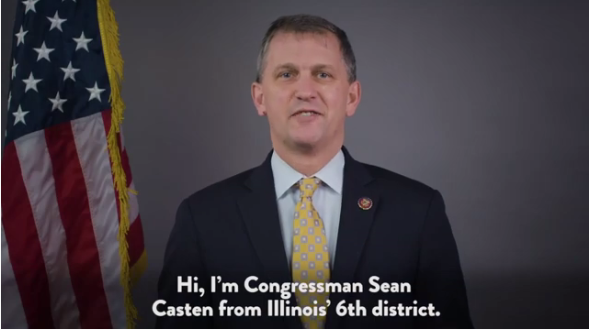