House Democratic Leader Nancy Pelosi held her weekly press conference and the topic was the mass shooting in Florida and the weak Republican Party response to it. She was joined by Representative Mike Thompson (D-CA) who is the chair of the House Democrats Gun Violence Prevention Task Force.

Once again, we come together very sadly. Our hearts have been broken by the tragedy of gun violence, this time Marjory Stoneman Douglas High School – Marjory Stoneman Douglas High School in Florida. Seventeen pronounced dead, more wounded. Innocent children sending terrified texts and goodbyes to their parents. We thank God for the heroism of the teachers, the school leaders, and our first responders running into harm’s way to save lives. […]

Children are dying in our schools, in our communities, on our streets. All this Congress has to say is, let’s have a moment of silence.

If I was a Republican Member, I would be embarrassed that my Leadership wouldn’t address this issue. […] We were elected to deal with tough issues. And this is no different than any other tough issue. Somebody has to screw up the courage to be able to look at this issue and figure out what can Congress do. […] 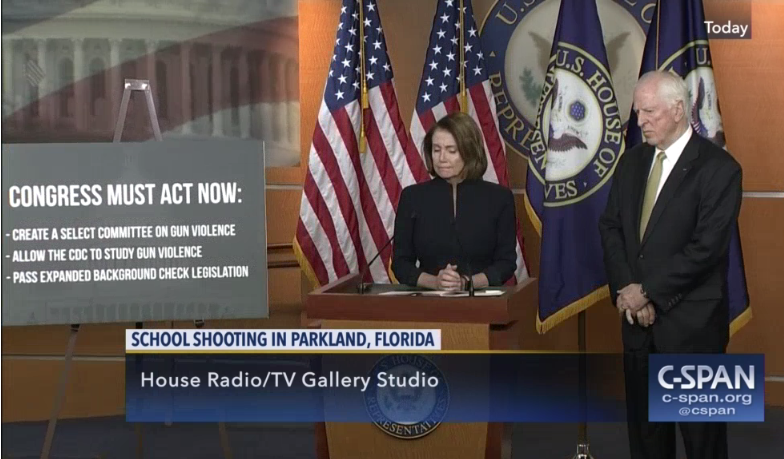 The full transcript is below.