The Weekly Democratic Party Address was delivered by Rep. Kathy Castor of Florida, chair of the House Select Committee on the Climate Crisis, highlighting H.R. 9 the Climate Action Now Act.

(Congresswoman Castor highlighted the passage of H. R. 9, the Climate Action Now Act, which takes a bold first step to protect our planet by keeping us in the Paris Climate Agreement and laying the foundation for further innovative action.)

To address the climate crisis, we need to stop carbon pollution from accumulating in our atmosphere. That requires action. Urgent action. Ambitious action.

We simply don’t have any more time for denial or delay. An entire generation has grown up in a rapidly warming world and we are personally experiencing the harm. Scientists say it will get worse, unless we act.[…]

That’s why we’re going to cut carbon pollution, protect the people and places we love, advance climate justice, and create a clean energy economy that works for everyone. 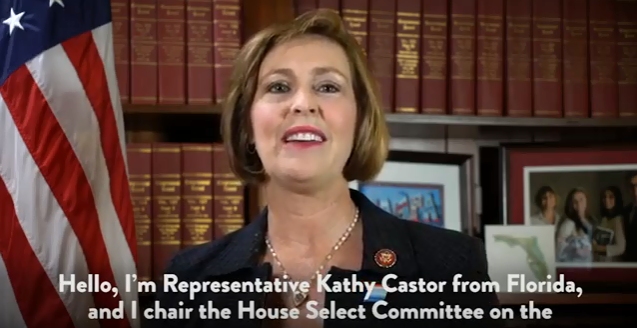