The Weekly Democratic Party Address was delivered by Congressman Andy Levin from Michigan talking about the PRO Act and reminding people which party is on the side of working people and their families.

(In this week’s address, Congressman Andy Levin discussed H.R. 2474, the Protecting the Right to Organize (PRO) Act, which passed the House in a bipartisan vote.)

“I’ve spent most of my career helping workers form unions and bargain collectively, so I know first-hand the transformative power that comes with the ability to organize freely. The ability of workers from all walks of life to unite and demand fair wages, better benefits, and safer working conditions is truly awe inspiring. […]

“The Protecting the Right to Organize Act, or PRO Act, restores fairness to the economy by strengthening the laws that protect workers’ freedom to form and join unions.

“The American economy should reward hard work. But most Americans are working too hard for too little. Strong unions are the solution.[…]

“The PRO Act will help protect the basic right to join a union by creating meaningful, enforceable penalties when companies violate workers’ rights. It will expand workers’ collective bargaining rights and close loopholes that corporations use to exploit workers. And it will strengthen workers’ access to fair union elections, without fear of intimidation or suppression by their employers.

“House Democrats are taking action to level the playing field, rebuild the middle class and restore the dignity and value of work in America. 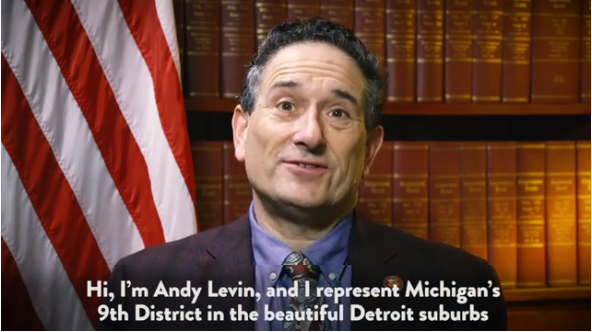