The Weekly Democratic Party Address was delivered by Senator Jeff Merkley of Oregon speaking about climate change and the inaction of Senate Republicans.

“So the challenge is immediate and severe. If we do nothing, we condemn our children and grandchildren to suffer greater and greater difficulties. So we have to act, moving boldly and urgently to cut carbon pollution through energy conservation and renewable energy,” said Senator Merkley. “Unfortunately, opposition from Senate Republicans has blocked bold climate action in Congress. Under Mitch McConnell’s leadership, the Senate has become a legislative graveyard for climate action. But local governments have been fortunately stepping up to help meet the challenge…To learn more, Senate Democrats’ Special Committee on the Climate Crisis invited mayors from five cities across America, including Portland, Oregon to testify this week about how they are rising to the challenge. They shared valuable information that we hope other cities and local governments will keep in mind as they draft their own climate goals and legislation.” 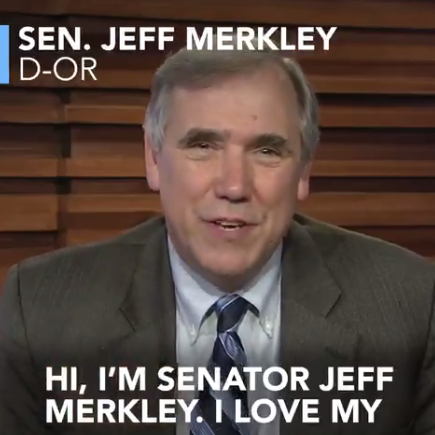