The Weekly Democratic Party Address was delivered by Senator Amy Klobuchar asking (in Minnesota Nice!) for the Republicans to come back to the bargaining table and stop holding the hard-working people of America hostage.

(As the longest federal government shutdown in American history continues, Senator Amy Klobuchar (D-MN) delivers this week’s Weekly Democratic Address. In the address, Klobuchar describes the harm that the nearly month-long shutdown has been inflicting on Americans across the country, and calls on Senate Republican Leader Mitch McConnell to take up bipartisan House-passed legislation, which Senate Republicans previously have supported, that would reopen the government.)

“This past week, the President declared he’ll “never back down” from his decision to shut down the government until he gets what he wants.

“We ask the President to come back to the table, and to stop holding the hard-working people of America hostage by requiring them to pay ransom to reopen their government. Especially after we already passed bills to reopen the government and to help secure our borders.[…]

“In this week of Martin Luther King’s birthday, we remember the words of Dr. King: ‘the time is always right to do what is right.’”

“Now is the time to do what is right Mr. President. End this shutdown and put hard-working Americans back to work. 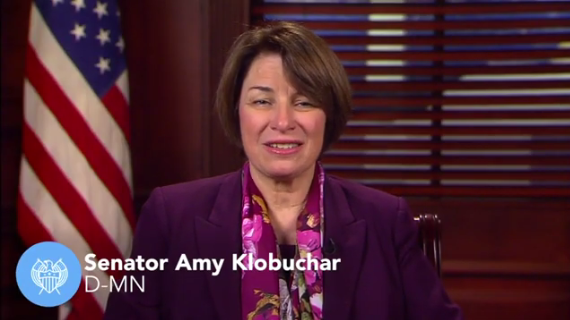 END_OF_DOCUMENT_TOKEN_TO_BE_REPLACED

The Weekly Democratic Party Address was delivered by Congressman Scott Peters of San Diego discussing the real crises caused by Trump’s demand for an “impossible wall”.

“The one truth the President did state is that there is a crisis at the border.

“There is a humanitarian crisis created by him.

“It’s a crisis when the President threatens to shut down the nation’s legal immigration and asylum process over a border wall that is really just a campaign gimmick.

“It a crisis when the President spends 72 million of your tax dollars to send our military to the border to confront a threat that didn’t exist, like he did in November, as a political stunt to rally the base.

“It’s a crisis when this Administration is allowing women and children – babies – to be dumped on American streets in the middle of the night with nothing more than the clothes on their back, without food, money, health screenings, or plans to get them to their destinations.

“And there is a crisis, when a government shutdown means that 800,000 federal workers are denied a paycheck this week, and now can’t pay their mortgage or rent, student loans, or medical expenses, hurting their credit rating because our President won’t budge on his impossible wall. 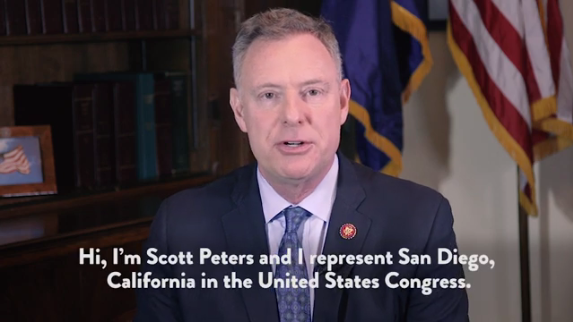 END_OF_DOCUMENT_TOKEN_TO_BE_REPLACED

The Weekly Democratic Party Address was delivered by Senator Chuck Schumer of New York, the “leader” of the Senate Democrats. Something something “this shall not stand!”, says man with no power and questionable negotiating skills.

“This may have been the most chaotic week of what’s undoubtedly the most chaotic presidency ever… All of this turmoil is causing chaos in the markets, chaos abroad, and it’s making the United States less prosperous and less secure. And to top it all off, President Trump has thrown a temper tantrum and now has us careening towards a Trump shutdown over Christmas,” said Senate Democratic Leader Chuck Schumer (D-NY). “[T]here are several ways for President Trump and Congressional Republicans to avoid a shutdown over Christmas. But there is only one way that we will have a Trump shutdown: if President Trump clings to his position for an unnecessary, ineffective, taxpayer-funded border wall that he promised Mexico would pay for.” 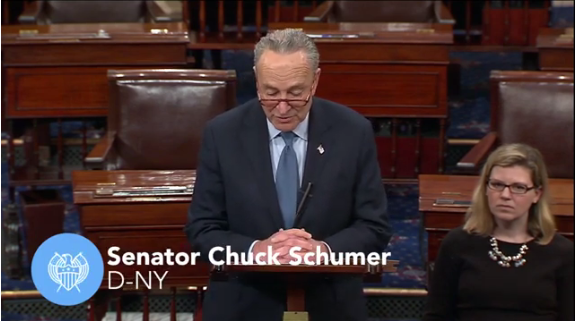