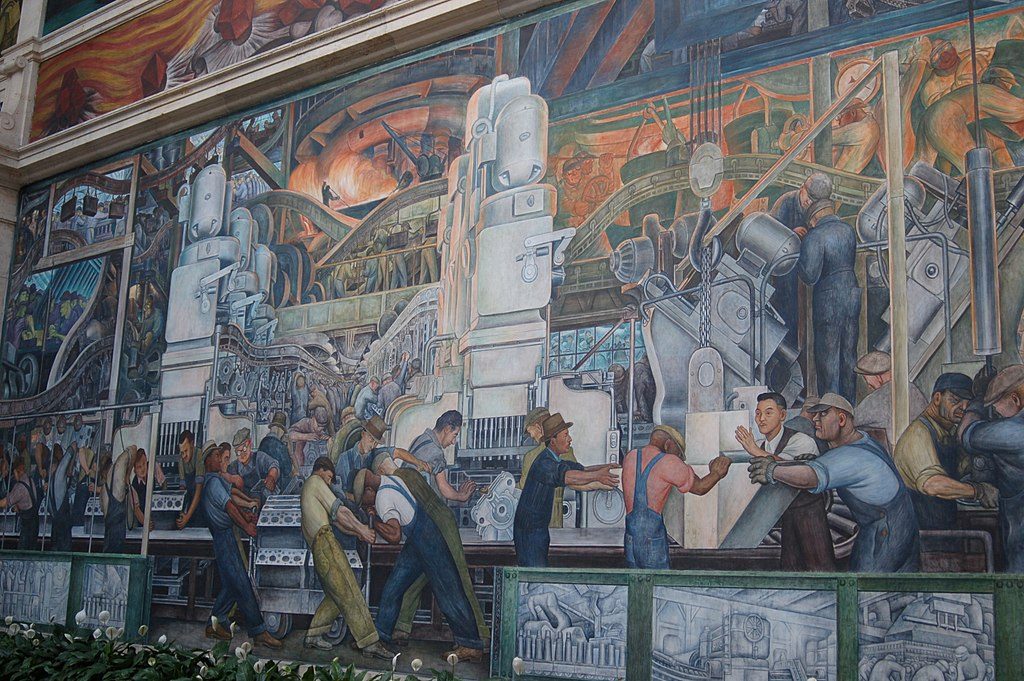 Man and Machinery. One of Diego Rivera’s mammoth Detroit Industry murals at the Detroit Institute of Arts; 1933

I first discovered mural art when I moved to Michigan and visited the Rivera Court at the Detroit Institute of Art (DIA). Since that first visit, I’ve made more visits to the DIA than I can count, and a I’d say that more than half of those visits have been to the court alone. There’s something direct and unvarnished in public murals that appeals to me. So when JanF shared a tweet of the Harriet Tubman mural, I was transfixed. It’s clear I’m not the only one.

When I went to the Post Office on Friday to buy some stamps, the postal clerk, who knows my interest in history (small town living FTW!), suggested I would like the newly-released Post Office mural stamps. She was right, and in the process, gave me a topic for today’s post. When life gives you murals, write about them.