I don’t watch television so I did not follow the Emmy Award Ceremony last night. But I do follow the news and when this video showed up in my newsfeed this morning, it begged to be shared.

Viola Davis plays a law professor in the TV show “How to Get Away With Murder”. On Sunday night, she won an Emmy, the first black woman to win an Emmy for best actress in a dramatic series.

“That was Harriet Tubman in the 1800s. And let me tell you something: The only thing that separates women of colour from anyone else is opportunity. You cannot win an Emmy for roles that are simply not there.

“So, here’s to all the writers, the awesome people that are Ben Sherwood, Paul Lee, Peter Nowalk, Shonda Rhimes. People who have redefined what it means to be beautiful, to be sexy, to be a leading woman, to be black.

“And to the Taraji P Hensons and Kerry Washingtons, the Halle Berrys, the Nicole Beharies, the Meagan Goodes, to Gabrielle Union. Thank you for taking us over that line. Thank you for the Television Academy. Thank you.”

Some people were not happy about this … because racism is not a thing in America, and what about white women???? 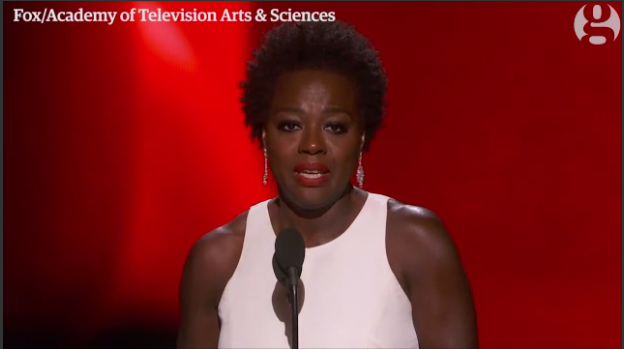