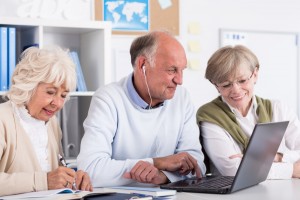 The law office of Reed, Wright, Pray & Singh was in a quandary: not from lack of business, which was in fact burgeoning, but from lack of help.

The simple fact was that the young, the middle-aged, and the early elderly had been promised free, safe passage to Luna City, the new moon colony, so there was no one left to perform the support tasks of a law office.

“Free passage to the moon, free apartments for life, a $50,000 signing bonus—how can we compete with that?” Arthur Reed, the senior partner, asked in a morning meeting of the firm’s partners. He was grumpy from pulling an all-nighter to prepare a legal brief.

“We can’t. We’ll have to rely on a temp service. Surely they have people who can staff our office,” Ronald Wright said.

Lettice Pray nodded agreement and drank the rest of her coffee; Kuldip Singh looked at the others and said, “I will contact the agency this very morning to get the people we need.”

However, in the conference room at lunchtime he reported that his efforts had failed. “There is no one, but no one, available,” he said. “Everyone’s gone to the moon.”

Pray looked up from her peanut butter-and-banana on whole wheat and said, “I have an idea. No, I’m not going to tell you what it is until I’ve sounded out the parties concerned. However, if I’m successful we may have the solution to our problem.”

“We’re in luck,” Pray reported at the morning meeting the following day. “I’ve got them all—a bookkeeper, receptionist, office manager, a paralegal, even a gofer! I’ve leased a van to bring them all here this morning for their orientation.”

The other partners beamed and shook her hand. “Pray, you always find a way to save the day! This is wonderful!”

Later that morning Reed, Wright, and Singh sneaked into the conference room again to peer through the windows overlooking the entrance of the building. They smiled as the van drew up to the door. They smiled again as the driver came down the steps and began to help the occupants descend.

Smiles quickly turned to frowns and then to gasps of horror as the van gradually emptied of its occupants. Some had walking sticks, a couple had walking frames, and several even had portable wheelchairs.

“Good God! Is this the lame, the halt, and the blind?” Reed yelled.

“I am not understanding this at all!” Singh said.

Reed continued to watch, horror-stricken as the procession of elderly tottered into the building. Soon he, Wright, and Singh heard the elevator doors sliding open as the vanguard of the procession, assisted by Lettice Pray, filed into the conference room.

Taking a deep breath, Reed plopped himself down and invited the others to take seats. “Please give your name, age, and occupation as we go round the table, okay?”

“I’m Consuelo Guzman,” said the first elderly woman, the one who used a walking stick. Her bright red wig was askew, revealing wispy gray hair round her ears. “I’m 83 and I’m your new bookkeeper and office manager. I was a bookkeeper for years before I retired.”

“Next” was a wrinkled black man with a gray mustache who had carefully positioned his wheelchair behind him. “Hi, y’all, my name’s Riley, Riley Quick. I turned 82 last week. I heard y’all need a courier to run legal briefs between this here office and the court. I’m yer man!”

“Swell,” Reed whispered, so distraught that he reverted to 1940s slang.

“I’m Gladys Fortescue,” the white-haired woman sitting next to Riley said. Her portable walking frame, neatly folded, leaned against her chair. “I’m 80 exactly. I practiced law for thirty years before I retired. Ms. Pray said I could be the paralegal.”

As other senior citizens rolled their wheelchairs into the room they turned out to be 84-year-old Trish Brightwell, she of the roguish expression and gray corkscrew curls, in charge of the coffee cart and lunchtime sandwiches, and Harvey Hornbeam, 81, in charge of transportation, delivery, and supplies. He had a dolorous face with dewlaps like those of a bulldog.

After the introductions, Reed, heaving a deep sigh, looked around the table and said, “You’re hired. Orientation this afternoon. Start Monday.”

Beckoning the other partners to follow him, he stood up and left the conference room, leaving a buzz of excited conversation behind.

On Monday morning, Reed, seized by a sudden craving for the half-consumed bottle of orange juice he’d stowed in the office refrigerator the previous Friday, stopped by the break room to retrieve it. When he opened the door of the fridge he stood slack-jawed as he contemplated the contents.

His orange juice was missing. In its place were many small bottles of something called RePlace. Perhaps someone had mistakenly put his orange juice in the freezer? But no, when he opened the freezer it was full of strange-looking, rainbow-hued frozen plastic contraptions.

“What on earth is this?” he asked Trish, the break room supervisor.

“Oh, those are ice packs for our backs. Just about everyone has arthritis or some other problem. Ice keeps us from feeling the burn.”

“And this?” He grabbed one of the bottles in the fridge, opened it, and looked inside. “What is this chalky-looking pink liquid?”

Reed replaced the cap on the bottle and returned it to the fridge. “All I can say is thank God I’m leaving for The Hague tomorrow.”

Trish looked at him with interest. “How long will you be gone?”

Reed smiled for the first time that morning. “Three months. In other words, all summer.”

The next morning he came into the office to brief his colleagues one last time before departing for the airport to catch his noon flight.

When he finished, Lettice said, “Harvey Hornbeam now drives the company van. He’ll take you to the airport. I told him to load your luggage, so he’s doing that now.”

Reed turned pale. “Well, I hope he doesn’t forget where it is and take me to a bowling alley or something.”

Downstairs a sour-looking Harvey Hornbeam waited beside the open passenger door of the van. The scarlet-and-gray parrot on his left shoulder bounced up and down excitedly at the sight of Reed. “You’re my new boyfriend!” it informed him. “Hi, boyfriend!”

Reed sighed and got into the van. As he fastened his seatbelt he asked Harvey, who was now sitting in the driver’s seat, “What’s the parrot’s name?”

“Oh, ah, how original. And does she have a last name?”

“Polly Amory,” Reed thought. “Holy hip-swinging Bacchus!” He decided the world was one huge lunatic asylum and that he, Hornbeam, and Polly were three of the loonies in it.

After his part in the international case at The Hague was finished, Reed took a well-deserved vacation. Arriving back at the office the day after Labor Day, he entered the building and took the elevator to his office on the third floor. As he walked down the hall he encountered Hornbeam and Polly. At the sight of him Polly squawked, “My boyfriend’s back! Hiya, cutie!” and hopped onto Reed’s shoulder.

Reed almost fainted. Propping one hand against the wall, he became aware that Trish was wheeling the coffee cart toward him. The appetizing aroma of cinnamon pervaded the air.

“What’s this?” he asked. Instead of pale, stale doughnuts from the bakery department of the local market, the top tray of the coffee cart held luscious-looking cinnamon rolls neatly ranged in rows, glistening with white glaze and bumpy with chopped nuts.

Trish smiled. “I love to bake. I’ll wheel this to your office so you can help yourself to a roll or two, and some coffee. The flavor of the day is Boston Butternut.”

Twenty minutes later, after consuming the best-tasting cinnamon roll and coffee he’d ever enjoyed in his life, Reed summoned the other partners to his office.

“You would not believe it at all!” Singh said.

“I’ll tell you what, I’ve never enjoyed coming to work so much,” Wright said. “That Trish, she really loves making delicious food! When she brings the coffee for afternoon break on Wednesdays, she hands out small slices of homemade pizza. For Thursday afternoon coffee break, it’s homemade ice cream.” He rubbed his stomach, smiling reminiscently. “You ought to try her Mixed Berry gelato.”

Pray held up a hand. “Look, Arthur, you’ve been out of the country, so you haven’t seen how much productivity has gone up. No one goes out for coffee any more, no one. Most people don’t even go out for lunch. Why should they, when Trish’s sandwiches are to die for? Homemade whole-wheat bread, vegetable paté, sun butter—the whole nine yards. People eat either in the break room or at their desks. We often have conference calls right after lunch just because everyone’s here. We don’t have to wait for them to straggle back half-tipsy from whatever restaurant they went to.”

A knock on the door caused everyone to turn around. “Come in,” Arthur said.

Riley Quick strolled in, wearing a black leather jacket and a black leather cap, a cigarillo dangling from one corner of his mouth. “Here’s the court document you been waitin’ for, Mr. Wright.”

Riley removed the unlit cigarillo from his mouth and smiled. “Don’t need it now. Got a motor scooter instead. See you later, I’ve still got three deliveries to make.”

Reed gazed after his departing form. Then he looked at the other three. “No wheelchair? I thought the guy couldn’t walk. In fact, I thought they all needed help walking!”

“Not any longer,” Singh said, beaming. “It is most amazing. Harvey loaded up all the wheelchairs and walking frames in the van last week and took them to the Old Soldiers’ Home. Our people can walk just fine now that they spend their days in a small building with short corridors.”

“You don’t say.” Reed looked at Pray. “Lettice, how about taking me around to say ‘hi’ to all our support staff? I want to see this miracle for myself.”

She showed Reed the break room, now painted in bright colors. Green plants hung from the ceiling or trailed from plant stands here and there. A cappuccino machine sat on the counter. Two trays of something green sat on a sunny windowsill. “What’s this?” Reed asked, peering.

“That’s mustard and cress and the other tray is bean sprouts.”

The fridge, when opened, held carafes of fruit juice, green tea, and a bowl of green, red, and black grapes. The bottles of RePlace were gone.

“And here’s the conference room,” Lettice said. Sunlight streamed through the windows, lighting the green plants hanging from the ceiling. A basketful of kittens reposed in one corner of the room. One kitten lay on its back, snoozing blissfully with all four paws in the air, while the other two busily unwound a ball of yarn.

“Oh, and here’s our Consuelo! You remember, she’s our office manager.”

“Welcome back, sir,” Consuelo said with a smile. Gone was the bright red wig perched askew on her head. Now she had a becoming hairdo in pale gray. Reed noted that she actually looked younger than he remembered her.

She smiled and walked on, disappearing around a corner.

Reed was thunderstruck. “I can’t believe it! The difference in them—it’s like magic!”

Pray looked him straight in the eye. “Yes,” she agreed. “Let me tell you exactly what the magic consists of. They spend their days doing work that’s useful and necessary, they have an office environment that includes animals and green plants as well as humans, and they’re earning money. That’s the magic.”