Good morning to my family…Don’t know if I could have gotten through the last year much less the last 4 months without you all…So thanks for all you guys and gals do to keep me sane.

I am sick and tired of the predicament we find our self in. Not only do we have to put up with the asshole of a moron that is masquerading as POTUS and the do nothing but shit on us Republicans,we are getting attacked and shit on from the left just as strenuously as seen in this tweet..

We made sure you got Trump. You didn't want our votes, u didn't get 'em. & we'll do it again

Bernie Sanders beliefs and or his agenda…
Socialism as defined by Dictionary.com: a theory or system of social organization that advocates the vesting of the ownership and control of the means of production and distribution, of capital, land, etc., in the community as a whole. The stage following capitalism in the transition of a society to communism, characterized by the imperfect implementation of collectivist principles.

Bernie Sanders and his idiotic followers moniker for their movement…
Revolution: an overthrow or repudiation and the thorough replacement of an established government or political system by the people governed.
Why this will never happen in our society…A radical and pervasive change in society and the social structure, especially one made suddenly and often accompanied by violence.

A good example of Sanders and his ideology and divisiveness which resembles the far right to a T.

Sen. Bernie Sanders and his supporters went hard after anyone who wouldn’t back Keith Ellison in the run-up to the Democratic National Committee chair election.

On Wednesday, Sanders phoned Jaime Harrison, the South Carolina Democratic chairman, who was on the verge of dropping out of the race, and made a heavy pitch for him to endorse Ellison as a transformational moment for the party.

The next day, when Harrison threw his support to former Labor Secretary Tom Perez instead, Ellison supporters worked off talking points and attacked Harrison as a corporate lobbyist insider who’d struck a crooked deal that didn’t pass their purity test.

New York Rep. Gregory Meeks had his own showdowns with the Sanders-inspired coalition. One of the few sitting members of Congress who had a vote in the DNC election here Saturday, Meeks was repeatedly threatened by supporters of Ellison and Sanders with a primary challenge if he backed anyone else.

Sanders and his supporters show their lack of inclusiveness involving women,POC and the poorest section of the population with every word out of their mouths. Everything with them is the economy, and wealth equality which in itself isn’t a bad thing but when it is the only thing and you they expect it to fix racism, misogyny and any other problems then it is the wrong way to get anything done.

This mind set has given us Donald Dump and threatens our way of life as an inclusive society. We need to fight the far left and Sanders and make people realize that what Sanders is preaching is demonstrably wrong as it’s unattainable. People don’t like wholesale change and with the way Dump’s voters showed they aren’t going to change so we need to change the minds of the voters that didn’t show up at the pols and the voters that might be inclined to vote for someone that isn’t even a Democrat.

So, to start this war against the far left and Sanders I’ve decided to start doing a series of tweets to resist Sanders as well as the dumb shit we have taking residence in the White House against the will of the majority.

Anyone with any ideas or opinions feel free to chime in..Decided enough is enough so gonna try and do something about it. He’s demonizing our party…I’m going to demonize him and his “Revolution”….Simple as that.

@SenSanders is not a Democrat and everyone needs to quit treating him like one. His talking out against the party has to stop.

For us to defeat Trump and take back Congress we all need to act together and not divide. There are things we all agree with.

Exclusivity is our strongest way to get what needs to get done. The economy is not our biggest problem. Racism and misogyny r

Great piece on that aspect at @thedailybeast from January: https://t.co/UdesQDzFYc

Budgets are moral documents, and Trump’s is a moral failure https://t.co/sSWW54cCkK

Failed diplomacy after 8 weeks? Is the Trump administration really going to start war with North Korea and CHINA to distract from Russia?? https://t.co/KD3wscPrw2 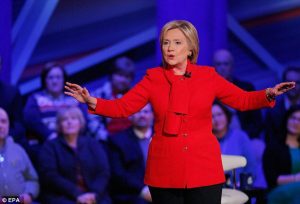 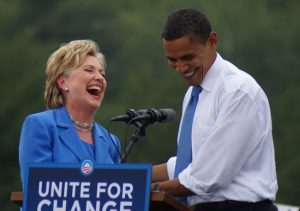 This is your TGIF thread…Have a great weekend