Today, as the Affordable Care Act turns 7 years old, Republicans in Congress will be voting to repeal it. Not because the law does not make great strides in delivering on its promise of providing affordable care to all Americans but because it does deliver on that promise – the number of uninsured Americans is at an all-time low. Without the ACA, 36,000 people a year would die from treatable illnesses and thousands of families would be plunged into medical bankruptcy, forced to choose between caring for a loved one or paying the mortgage. The value of the social safety net has never been “settled law” in America and as long as Republicans are willing to put profits over people, tax cuts over children’s health, deficit reduction over common decency, Democrats will have to keep fighting with everything we have. We may not have political power right now but we have the power of the people behind us.

Here is a reminder of what happened seven years ago. 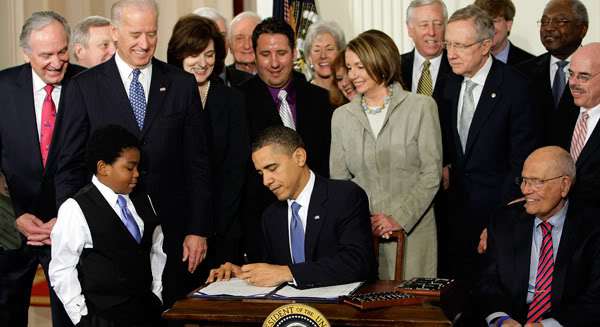 Let’s stay strong and united against those who would take healthcare away from 24 million people. And let’s find a way to take back Congress to put up a firewall between those who want to destroy everything good about America and We The People.