As I do each August with my kids and now grand kids, I again ventured to the Mt. Baker-Snoqualmie National Forest to see the peak of the wildflowers. They are rather ephemeral as they come on just as the snow melts in late July and have just a few weeks before the snow hits again in mid to late September or early October. (We also do an early October trip to catch the fall colors.) More often than not, this trip coincides with cloudy weather as it has several times recently. But cloudy skies make for more dramatic landscape photos.

This year was no exception as we found a very cloudy, wet and cold terrain with not a glimpse of the two wonderful mountains, even though we were at their doorstep. On the previous August trip we were able to get up to Artist’s Point that is about 5,000’ elevation. From there a clear day hosts spectacular views of both Mt. Baker and Mt. Shucksan from the parking lot. This time however, we were unable to get that far up the mountain as the road was closed due to snow in that the Highway dept. had decided not to plow the road due to Covid – 19. But then we could not have seen the mountains anyway. (This was August 8th.)

We settled for Austin Pass which is at 4,400 feet and overlooks a basin with several lakes surrounded by large aprons of scree  and talus, shed from Table Mountain loomed above. This destination however is seldom a bad alternative as this area has gorgeous scenery and lush alpine and sub alpine flora. In fact we hit the peak of the wild flower bloom.

We entered the area in a light rain with windshield wipers much of the way up the mountain. It was a light drizzle when we got to the trail head with fog or clouds shrouding the mountains around. The forecast said that it might clear somewhat so we took the chance and started out in the drizzle across the glacier sculpted basalt beds as we descended into the basin. 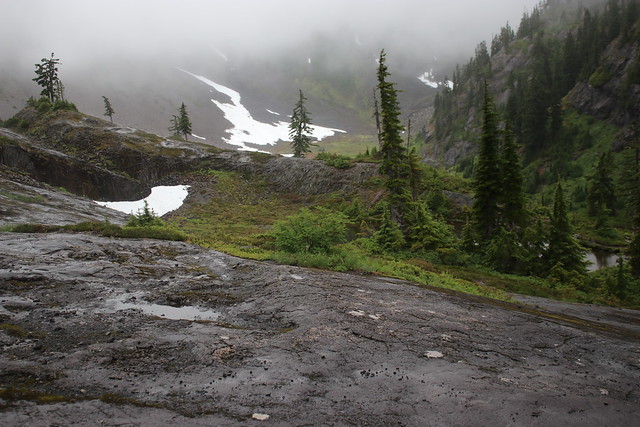 Looking into the lake basin from some of the long ago glacier-polished basalt beds in the foreground. Slippery when wet!

The series of trails that lead into the basin and Bagley Lakes is called the Fire and Ice Trail to illustrate its origins here in that Mt. Baker and surrounding area is of volcanic origins with spectacular lava flows that were subsequently polished smooth by waxing and waning glaciers through ice ages of the Pleistocene epoch.

As we moved out on to the trail, the rain subsided and some of clouds drew back to reveal the meadows and lake sides to be at the height of its summer bloom. 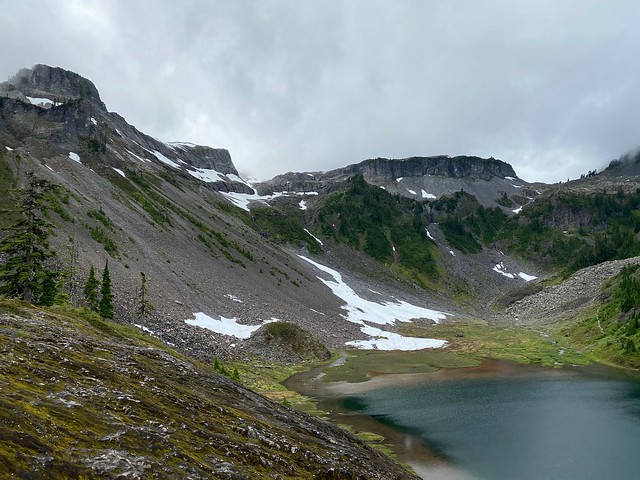 A similar shot of the lake basin as the one above after the clouds had risen to show the Bagley Lakes basin. The lake lies below the andesite plateau of 4,700 foot Table Mountain with its talus slopes. Our trail route went down to the right, around the lake, across the snow field and back up to the left. 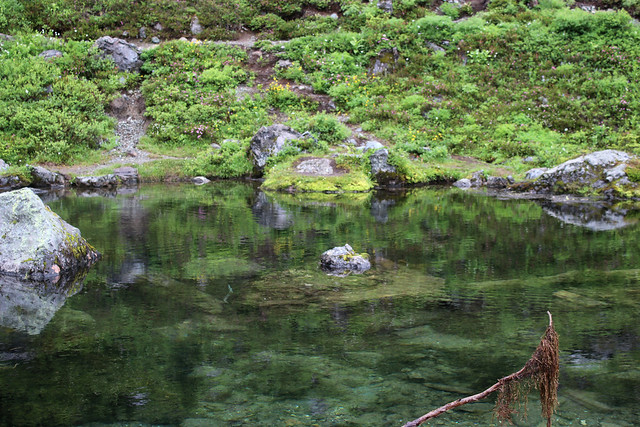 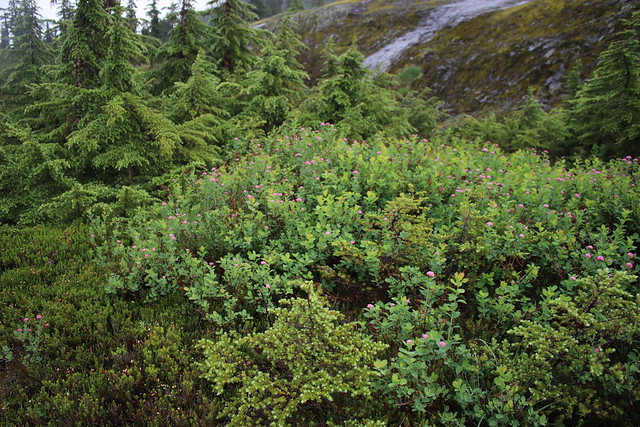 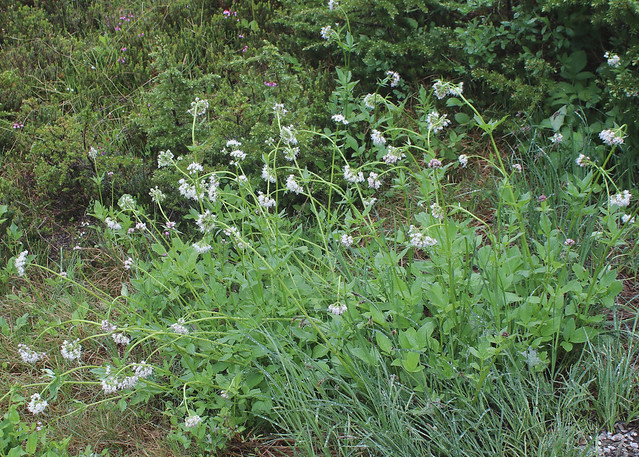 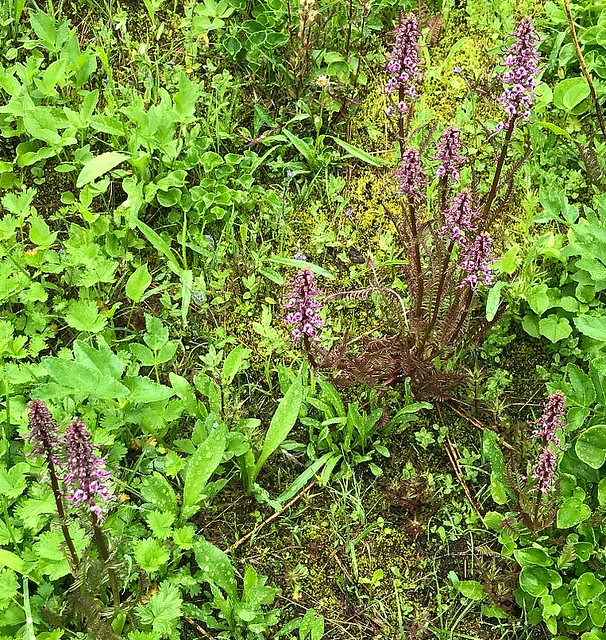 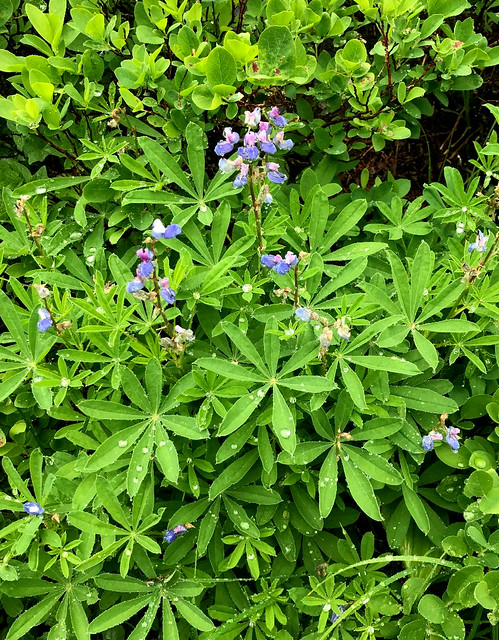 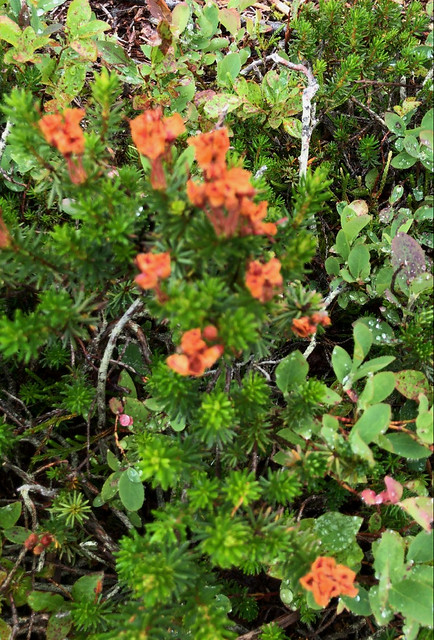 Red Mountain Heather (Phyllodoce empetriformis)  This looks orange to me but then this species seems to run from orange to red and includes much pink. 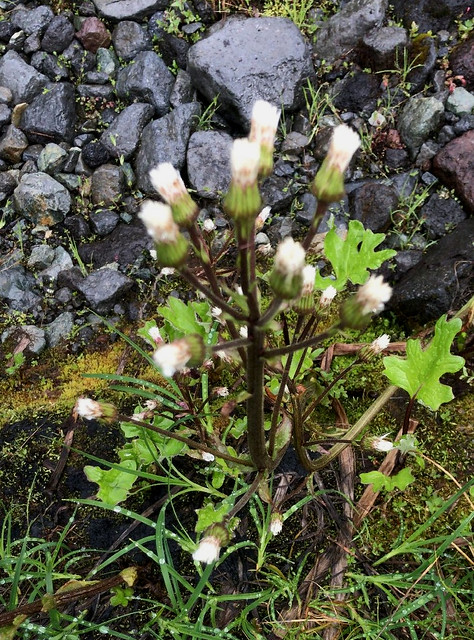 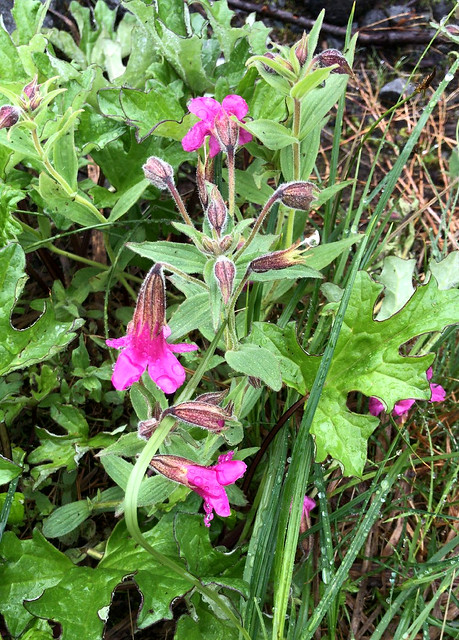 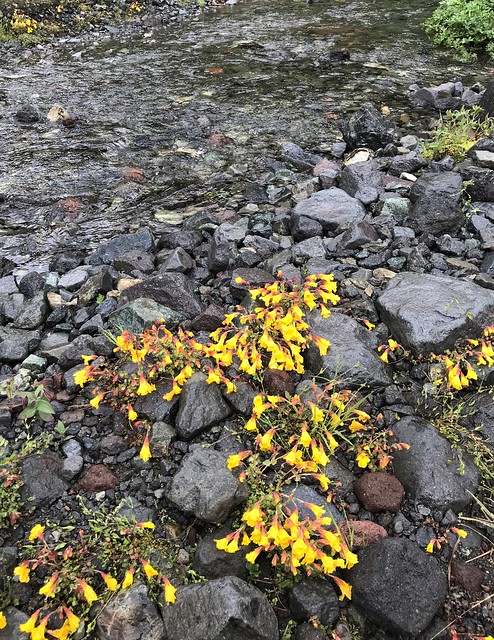 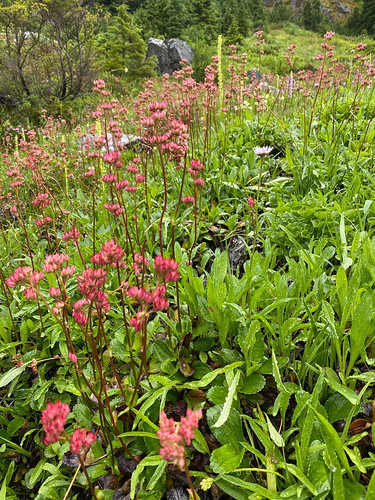 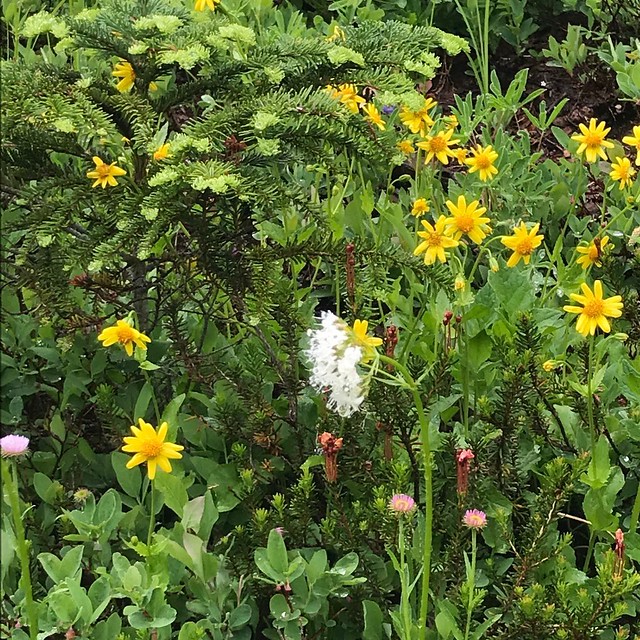 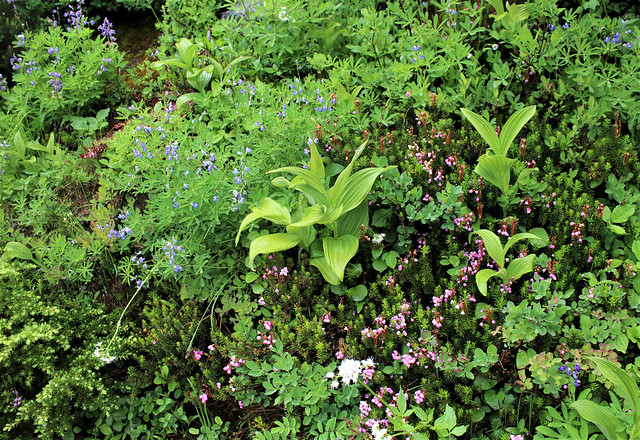 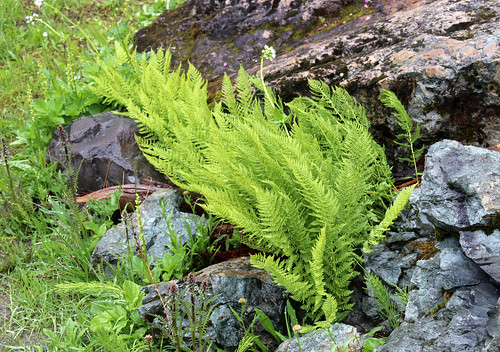 I think this is Fragile Fern (Cystoteris fragilis) but am not sure. It could be a stunted versions of a lady fern or Alpine lady fern (Athyrium alpestre) or ???

Like most Fragile ferns, these were typically tucked into and under rocks and ledges.

On the way back up out of the basin and to the trail head, we had to cross a snow field that can be seen in the first photos. Even the snow field joined in with an algae bloom called Watermelon Snow. Oddly enough, this is a photosynthetic green algae. 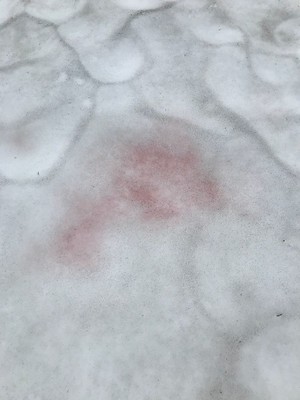 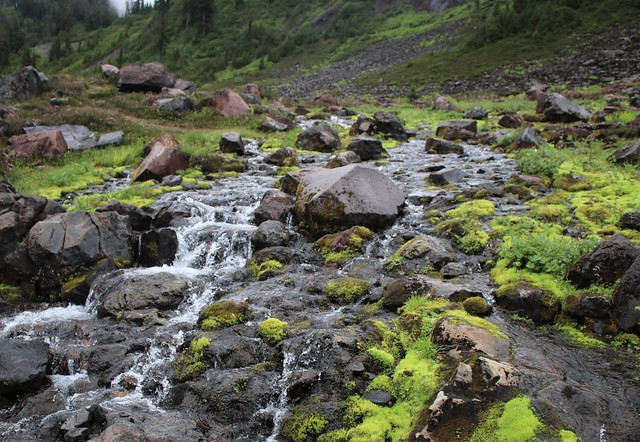 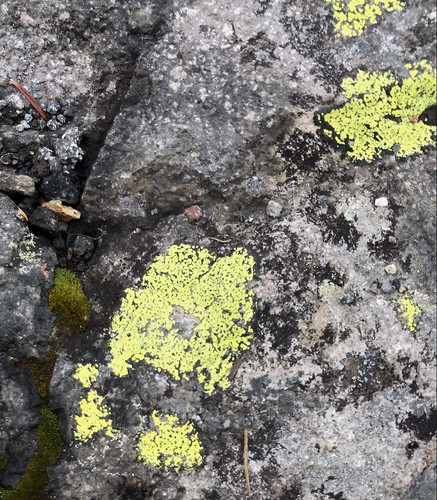 Yellow Map Lichen (Rhizocarpon geographicum) on the rocks along the trail to guide us back to  the trail head which it did indeed. Lunch awaited us.

So that was our 2020 little family trek up to the mountains to view the colors as we have done now for about 50 years. It remain as beautiful as ever. The major change, sadly is that the glaciers are much diminished.

We’ll go up again next month to catch the fall colors.