Yesterday marked the Summer Solstice. Astronomically, it looks like this: 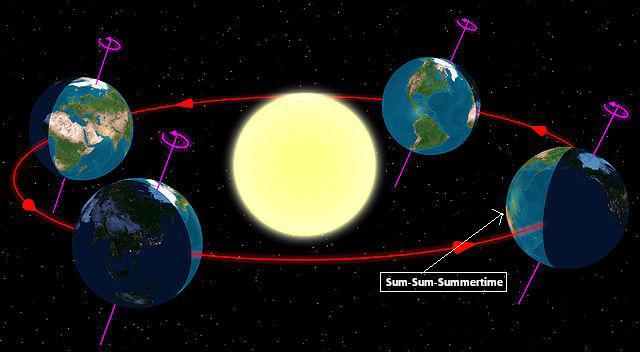 The Summer Solstice occurs exactly when the Earth’s axial tilt is most inclined towards the sun at its maximum of 23° 26′. The seasonal significance of the Summer Solstice is in the reversal of the gradual shortening of nights and lengthening of days. That occurred last night – June 20th at 10:31pm Central Daylight Time (June 21st at 3:32am UTC).

On Wednesday the 23rd, though, the sunrise will be one minute later, signalling the waning of the year. But that’s Wednesday and today we have 922 minutes of sunlight to enjoy!!

(Don’t forget to hover on the images!*)

To be sure, “early May” and “first week in June” are not precise enough to plan a gathering around so the sun(ning) critters chose today, June 21st (because the Solstice happened in the middle of the night when it is dark!!). 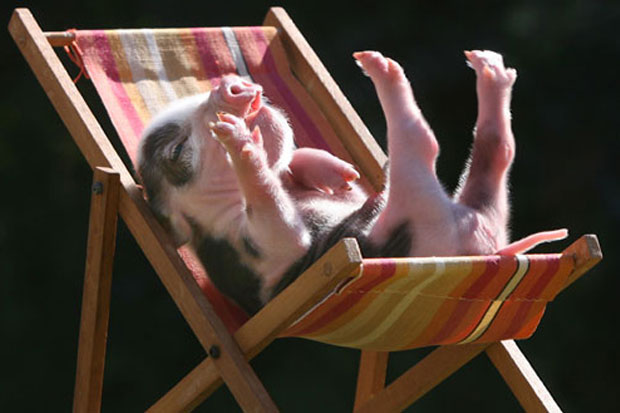 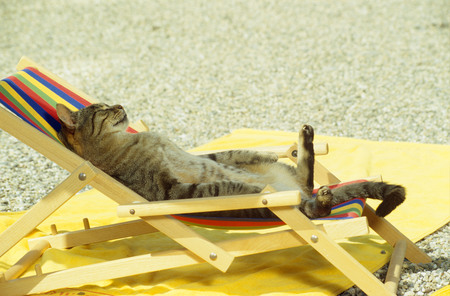 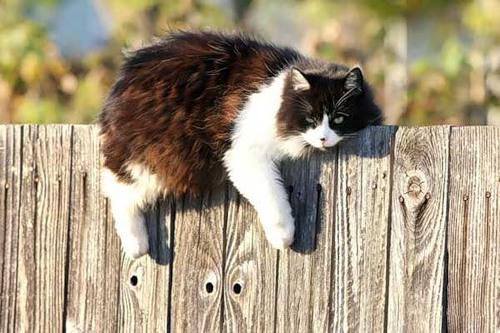 The Midsummer, or Litha, is one of the eight pagan festivals or “sabbats” from the Wheel of the Year. It is a “quarter day” along with the equinoxes and the winter solstice. The Summer Solstice is a time for a celebration of the abundance of summer.

This post is a rerun, with revised dates, because the holidays – and their celebratory posts – are on an infinite loop … or more precisely, the Wheel of The Year. ;)

*Hover text for those on tablets and smartphones:
– Pig: ‘Summer afternoon—summer afternoon; to me those have always been the two most beautiful words in the English language.’ ~ Henry James
– Cat: ‘To the library. Books and summertime go together.’ ~ Lisa Schroeder
– Summer border: “Here comes the Sun … doo doo doo doo … here comes the sun … doo doo doo doo. And I say … it’s all right.”
– Dog: ‘It was June, and the world smelled of roses. The sunshine was like powdered gold over the grassy hillside.’ ~ Maud Hart Lovelace
– Fence Cat: ‘Let us dance in the sun, wearing wild flowers in our hair…’ ~ Susan Polis Schutz
– Summer border, chorus, summer border: “Sun, sun, sun, here it comes. Sun, sun, sun, here it comes.”
– Lion: ‘Three things cannot be long hidden: the sun, the moon, and the truth.’ ~ Buddha
– Giraffes: ‘The sun always shines above the clouds.’ ~ Paul F. Davis
– Kittens: ‘Bees do have a smell, you know, and if they don’t they should, for their feet are dusted with spices from a million flowers.’ ~ Ray Bradbury
– Turtles: ‘They can be like the sun, words. They can do for the heart what light can for a field.’ ~ Juan de la Cruz
– Dragonfly: ‘Summer’s lease hath all too short a date.’ ~ William Shakespeare