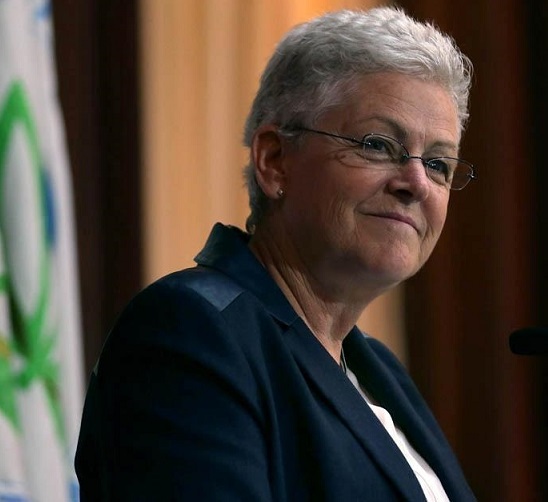 President Obama on the new rules:

For more than 40 years, American families and businesses across the country have counted on the Clean Water Act to protect the streams and wetlands we rely on for our way of life – from recreation to public health to a growing economy. In recent years, however, court decisions have led to uncertainty and a need for clarification. One in three Americans now gets drinking water from streams lacking clear protection, and businesses and industries that depend on clean water face uncertainty and delay, which costs our economy every day. Too many of our waters have been left vulnerable to pollution. That’s why I called on the Environmental Protection Agency and the U.S. Army Corps of Engineers to clear up the confusion and uphold our basic duty to protect these vital resources.

Today, after extensive input from the American public, they’re doing just that – finalizing the Clean Water Rule to restore protection for the streams and wetlands that form the foundation of our nation’s water resources, without getting in the way of farming, ranching, or forestry. This rule will provide the clarity and certainty businesses and industry need about which waters are protected by the Clean Water Act, and it will ensure polluters who knowingly threaten our waters can be held accountable. My Administration has made historic commitments to clean water, from restoring iconic watersheds like the Chesapeake Bay and the Great Lakes to preserving more than a thousand miles of rivers and other waters for future generations. With today’s rule, we take another step towards protecting the waters that belong to all of us.

Washington – In an historic step for the protection of clean water, the U.S. Environmental Protection Agency and the U.S. Army finalized the Clean Water Rule today to clearly protect from pollution and degradation the streams and wetlands that form the foundation of the nation’s water resources.

The rule ensures that waters protected under the Clean Water Act are more precisely defined and predictably determined, making permitting less costly, easier, and faster for businesses and industry. The rule is grounded in law and the latest science, and is shaped by public input. The rule does not create any new permitting requirements for agriculture and maintains all previous exemptions and exclusions. […]

People need clean water for their health: About 117 million Americans – one in three people – get drinking water from streams that lacked clear protection before the Clean Water Rule. America’s cherished way of life depends on clean water, as healthy ecosystems provide wildlife habitat and places to fish, paddle, surf, and swim. Clean and reliable water is an economic driver, including for manufacturing, farming, tourism, recreation, and energy production. The health of our rivers, lakes, bays, and coastal waters are impacted by the streams and wetlands where they begin.

Good government: sensible regulations that are good for people and good for the economy.