Hoag’s Pond, – a place of reflection adjacent to the 100 acre Woods.

*With apologies to A. A. Milne and Christopher Robin.

This is a short story with a bunch of photos about our 100 Acre Wood that, like Milne’s is loaded with critters scurrying about and singing.

This wood is an urban forest in Bellingham, WA that was saved by a 2010 bank crash from becoming a housing development. The wood is now a rusticity community park but almost wasn’t. As with most areas in close proximity to an urban center, it was a primal forest until about 150 years ago when it was logged for its ancient Douglas fir and Western Red Cedar. The undergrowth of salal, ferns, numerous flowering plants and various berry vines covered huge deposits of  50 million year old Chuckanut Sandstone. After logging, portions of this area became a gravel pit that has since closed and is recovering from those ugly scars to its landscape. It now boasts a curtain of huge Douglas Fir and Western Red Cedar, Black Cottonwood, Alder, Big Leaf and Vine Maple and more.

The wood is laced with hiking and biking trails and is home to numerous critters including chipmunks, squirrels, deer, frogs, turtles, possum, raccoon, and birds of all kinds. My kids rode their bikes there through middle school and beyond and today they walk their dogs and their Dad there.

Ironically, none of this would be here today if it were not for the 2010 housing and banking crash. In a way this urban forest owes its existence to the Bush administration’s reckless policy on the banking industry.

Developers first proposed to build 1,464 homes in the area. That deal fell through to every one’s relief. Later another developer showed up wanting to build only 739 “units.” This was 2008. By the time financing was secured and plans drawn, (despite huge community organizing against it) it was 2010. The financing bank, Horizon was among the first banks in the US  to go under with the housing and banking crisis. The bank failed and the development failed, giving the community and the city time to pass a levy to purchase the property at a fire-sale price. And thus the 100 acre wood was secured for the community and for posterity.

One can enter the woods from any of several locations. You can enter on one side and come out elsewhere. The terrain is highly varied with multiple trails so you can take a strenuous uphill hike or a more casual stroll, depending on which trail you choose.

Come along on a tour: 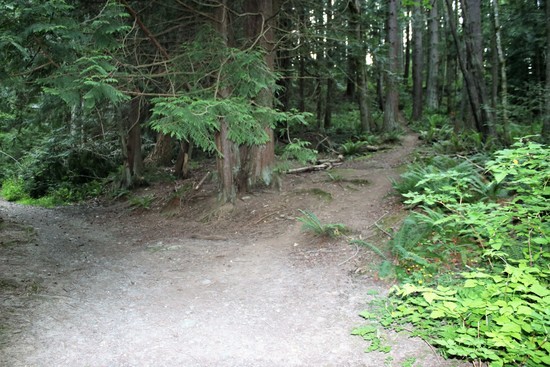 It matters little which trail you take, they all connect somewhere 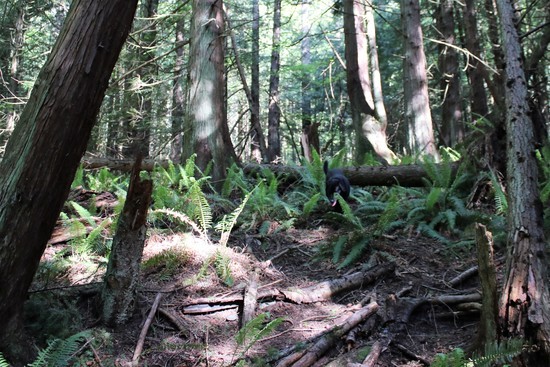 Here is Heidi, my son’s black lab, off trail after saving us from a chipmunk ambush 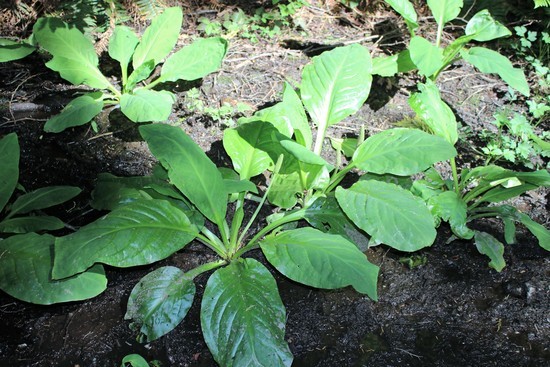 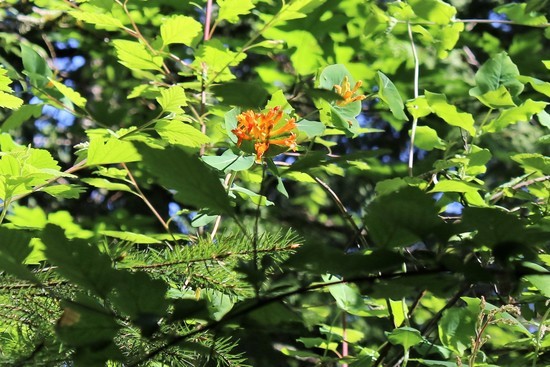 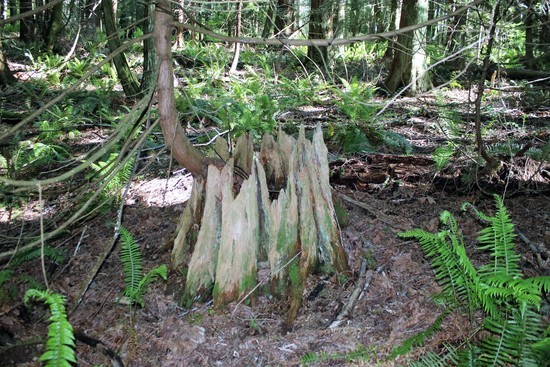 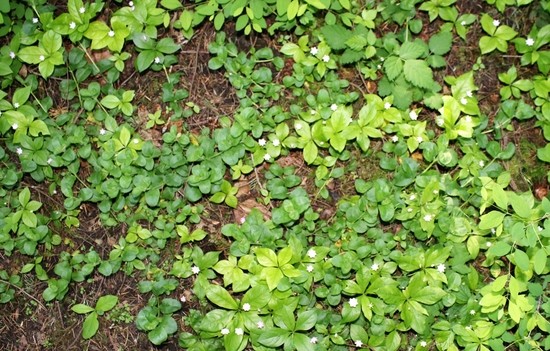 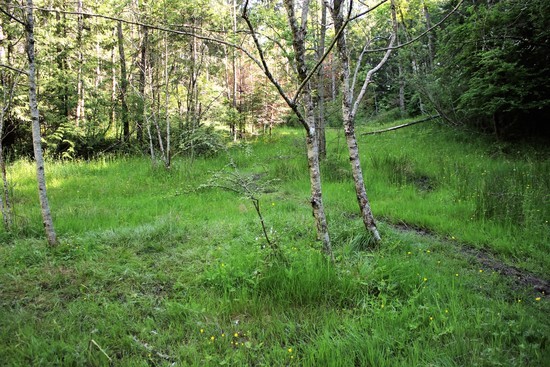 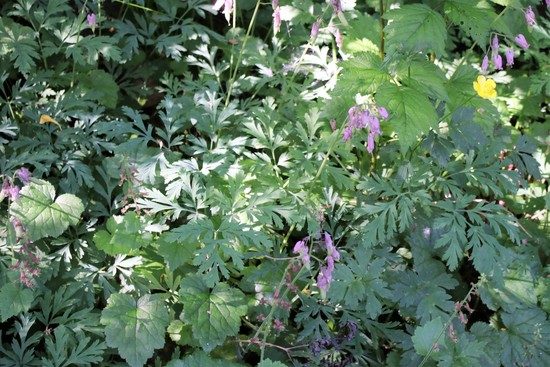 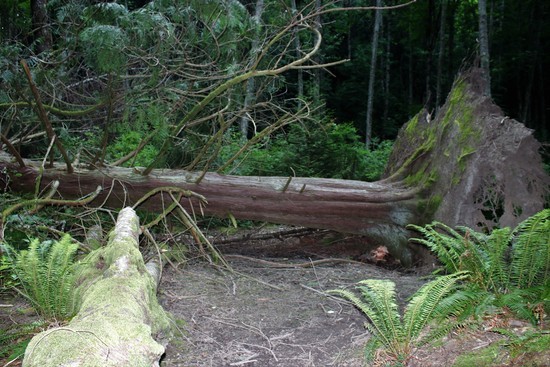 Just across the street that is the wood’s east boundary, lays another section of city property that may or may not formally be part of the 100 acre wood. But, it is my favorite part —  Hoag’s pond.

Like the 100 acre woods, Hoag’s pond has various trails. If you start off from the car park area (there are 2 spaces), you can head up hill and meander the trail for maybe ¾  of a mile before descending to the pond. Or you can walk 30 yards up the road to another trail head which takes you there directly at about 100 yards. I like to go one way and come back the other.

Going in the long way has a few obstacles but was still a fine walk. 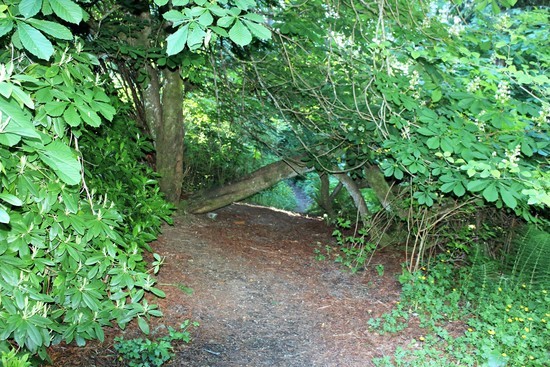 fallen tree trunk across the trail

Reaching the pond opens up a grand display of surrounding trees and water full of life. 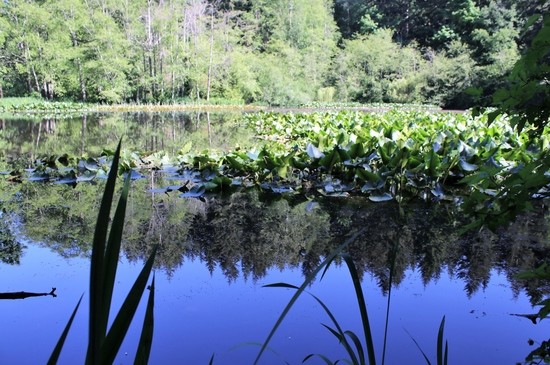 Once there, we are greeted by a trail that takes us full circle running about a half a mile with lots of flora along the way.  About a third of the pond is covered with lily pads. As you’ll see there also appears to be a good start of Duck Weed along with some Mamma Mallards and five ducklings cavorting . 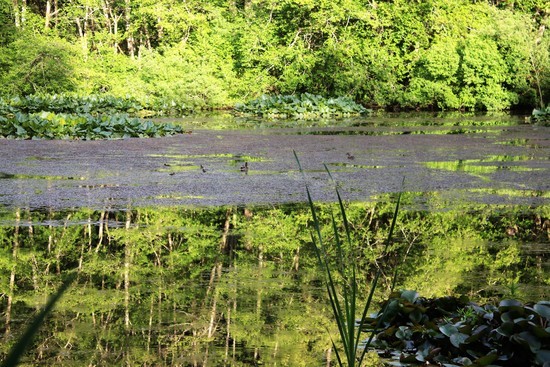 As we walk around on the north side, we see most of the water lilies. There are two kinds: 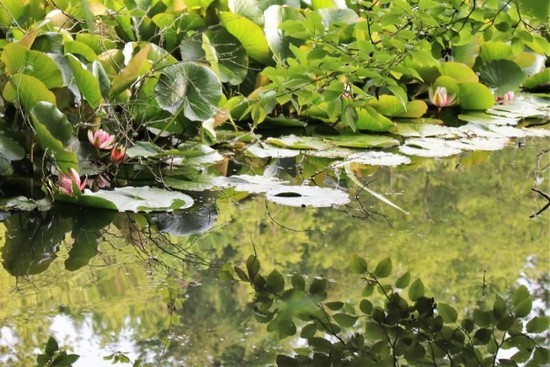 I believe these are “Fragrant water lilies” (Nymphaeaceae, odorata), not native to the PNW but found everywhere 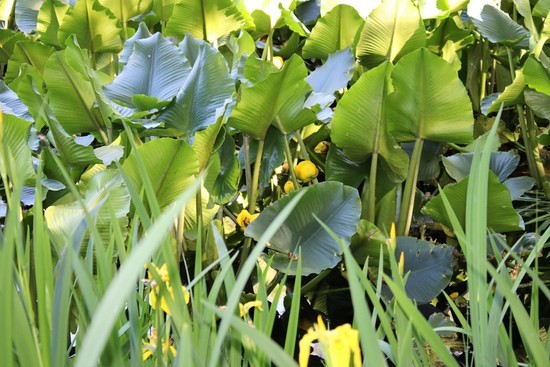 A water lily of some type with upraised leaves and yellow flowers (yellow iris in foreground). 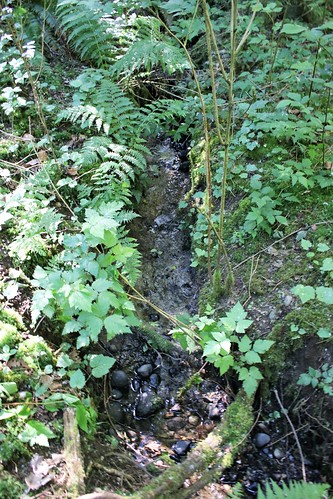 The pond is fed by numerous rivulets such as this one, draining from surrounding forest hills

A bit further on, we come to an ancient bench, having been taken over by the moss and sword ferns 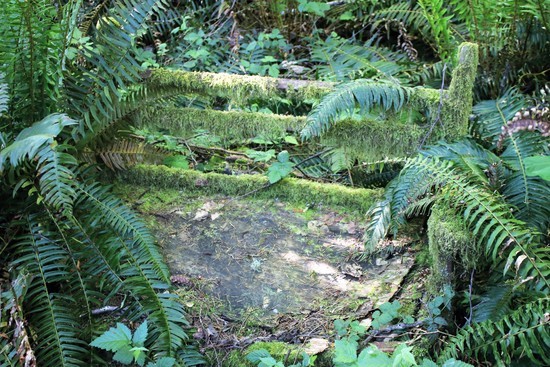 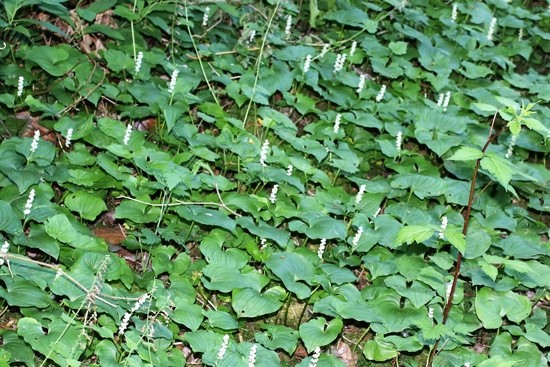 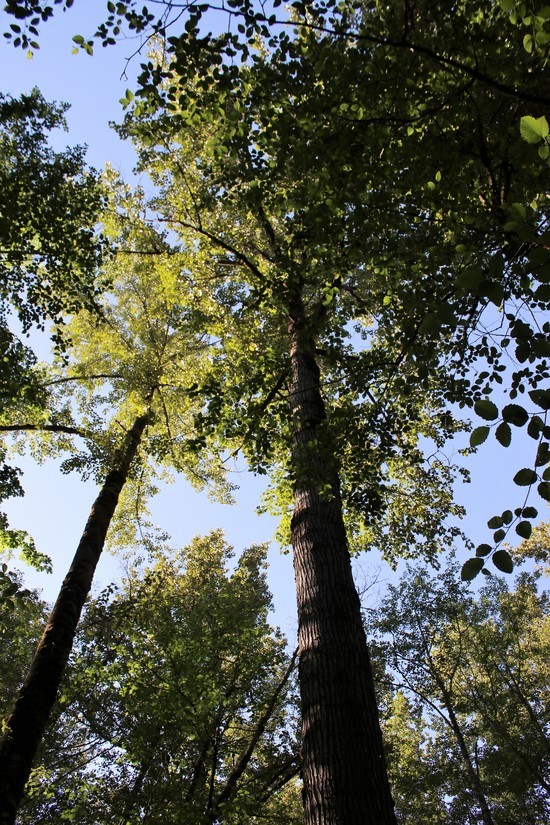 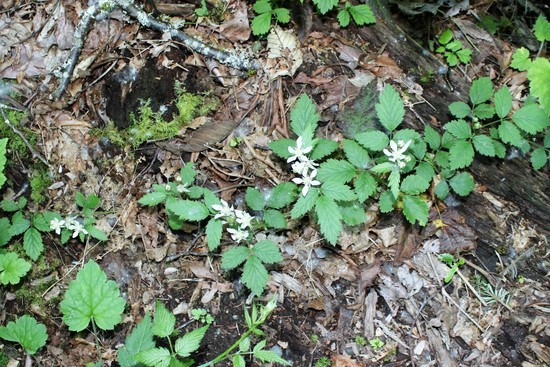 Coming back around we spotted a turtle scurrying away from the pond and us. S/he was a nice specimen about 12 to 14 inches long. 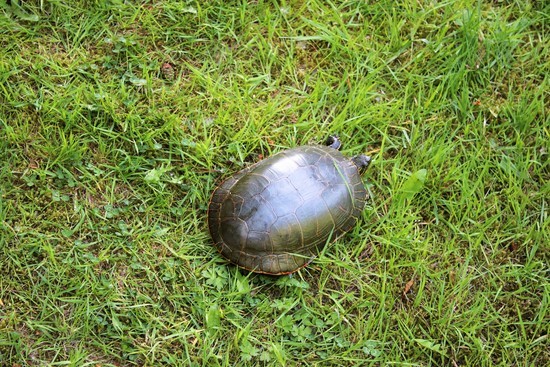 Western Painted Turtle on the move

Leaving the pond the short way was pleasant as well since the trail was shrouded by salmon berries and thimble berry blossoms, and Rhododendrons. Although Rhodys are native to this part of the country, in fact it is our State Flower, I don’t think these were native varieties. 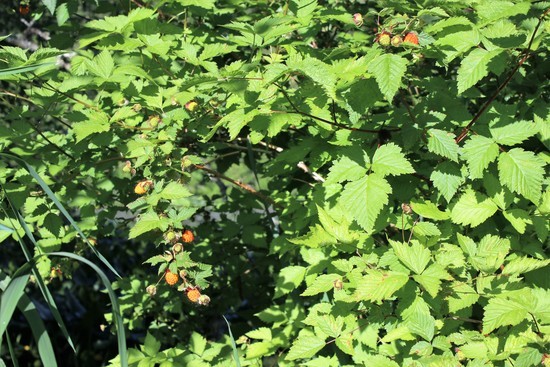 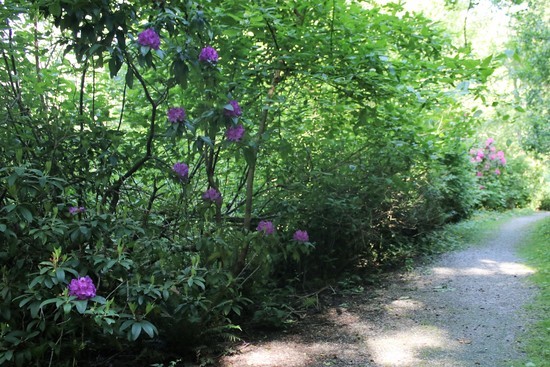