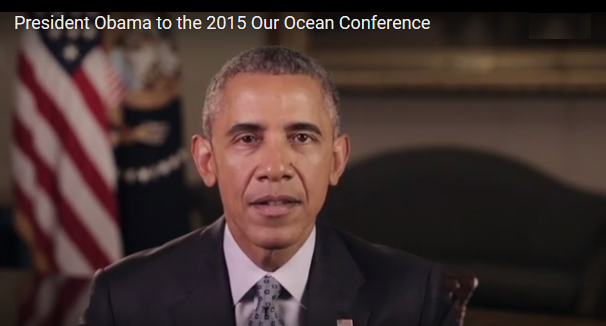 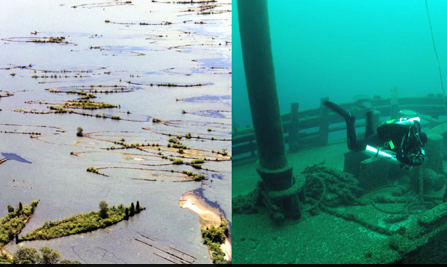 Today the President will announce that the National Oceanic and Atmospheric Administration (NOAA) is moving forward to designate the first new National Marine Sanctuaries since 2000, one in Maryland and the other in the Great Lakes.

• Wisconsin’s Lake Michigan. In Wisconsin, an 875-square mile area of Lake Michigan, with waters extending from Port Washington to Two Rivers was nominated by the Governor for sanctuary protection, and the nomination was endorsed by a diverse coalition of organizations and individuals at local, state, regional and national levels including elected officials, businesses, environmental, recreation, conservation, fishing and tourism groups, museums, historical societies and education groups. The area contains a collection of 39 known shipwrecks, 15 of which are listed on the National Register of Historic Places. Fifteen of the known shipwrecks are essentially intact, and three vessels possess standing masts – a rarity in the Great Lakes.

• Mallows Bay-Potomac River. Mallows Bay-Potomac River in Maryland is a 14-square mile area of the tidal Potomac River, adjacent to Charles County. Nearly 200 vessels spanning from the Revolutionary War through the present are found in the area, including the remains of the largest “Ghost Fleet” of World War I wooden steamships built for the U.S. Emergency Fleet, which are listed on the National Register of Historic Places. Mallows Bay is largely undeveloped and has been identified as one of the most ecologically valuable in Maryland providing important habitat for fish and wildlife, including rare, threatened, and endangered species. Mallows Bay-Potomac River was nominated by the former Governor of Maryland in September 2014, and the nomination was endorsed by a diverse coalition of local, state, regional and national groups.

Last year, the Administration gave Americans the opportunity to nominate nationally significant marine and Great Lakes areas as national marine sanctuaries for the first time in 20 years. Since NOAA re-opened the public nomination process, seven submissions have been put forward by communities interested in protecting significant marine areas. Many of these nominations have included hundreds of support letters from a wide variety of stakeholders. The proposed sanctuary sites will be open for public comment now through January 15, 2016. 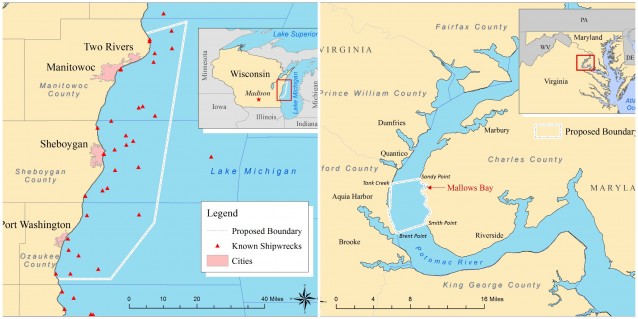