Morning Meese…Another week with more problems that we have to meet head on…Grating on the nerves, and totally disarming to the psyche. It’s what Trump and the Deplorables want though. They think we are just going to give up at a certain point…Not gonna happen…Fight on we must!

Wish more people had listened…Thank you Michelle..You tried to tell everyone!

"The presidency doesn't change who you are, it reveals who you are" —@MichelleObama@realDonaldTrump…We know who you are pic.twitter.com/mSuizM8veY

Fuck Bernie and his single payer…For all your finger pointing and running at the mouth we are looking at this, Fuckin Bernie. We’re fighting against this while you continue to run your big mouth. You need to have this plastered to your ceiling so you get to wake up each day and see what you are helping do to our country you piece of shit.

The Republican Health-Care Lie Is Collapsing https://t.co/t98q2M1SHI via @intelligencer

I won't spoil this for anyone, but bravo @NicolleDWallace. Everyone should watch this.https://t.co/P3UxMqrZRl

Dan Rather nails the GOP for “hypocrisy” and “cowardice” https://t.co/ToCclM6vjX via @shareblue

.@ChelseaClinton is at U2 tonight. Can't wait for her to see her mom on the big screen soon. #StillWithHer #HERstory pic.twitter.com/VFG6sE0gLm 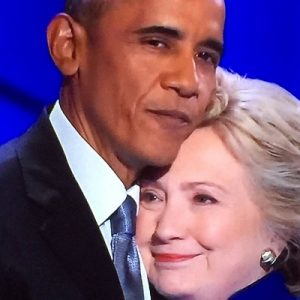