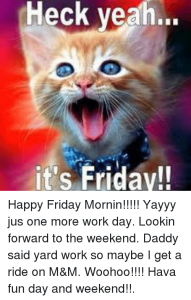 I understood 25 years ago that the conservatives in the country we’re out of their fucking minds with their rhetoric but whoever would have thought it could have gotten to where we are now. I think part of why we ignored their bullshit was becasue Bubba had the country running like a well oiled machine and everyone prospered.

Life was great and then 9/11 happened and changed the whole worldview. It allowed the Republicans to start ranting and raving and do their sword rattling. Then in 2008 Sarah Palin crawled out from under a rock to spearhead with her rhetoric what we are seeing now.

The racism and utter lack of compassion for anyone other than the ultra-conservatives in the country has been an in your face assault on democracy and our way of life. They found the perfect vehicle in Trump, they thought, but never realized he had plans of his own to become a despot. The few sane Republicans have woken up to what is happening while the Trump sycophants have sold their souls.

We will have to GOTV and show up in record numbers in November to right the wrongs we are living through. While I believe Bob Mueller will eventually bring down Trump and his traitorous cabal it is paramount that we as Democrats and sane citizens put a halt to their tearing down the norms by voting them all out in November.

Yeah, what about that small gov’t?

Where are small-government Republicans when Donald Trump attacks Amazon and Jeff Bezos? https://t.co/mRM6CXh5XY via @usatoday

Hell has officially frozen over…Wonder what Ryan and the rest will say to this?

If you don't think this is a big deal, it is. McConnell is clearly admitting there's ZERO foul play here and Mueller should be supported. That's big, especially considering how cowardly McConnell has been in regardes to standing up to Trump. https://t.co/55qqcMnDK7

While I applaud Steve for his speechifying, he’s partly complicit for where we are since he should have seen this coming years ago…

"This president will burn everything to the ground to protect himself from this investigation … He’s trying to harden & incite his base through the most deliberate, intense misinformation campaign this country has ever seen" – @SteveSchmidtSES w/ @NicolleDWallace pic.twitter.com/WO5zIkFUPv

This is nepotism at its most ludicrous…

Good news: If you failed to disclose numerous meetings with hostile foreign powers and amended your financial disclosures 40+ times, you too can obtain a security clearance in Trump's Administration!

*Offer only valid to those married to the President's daughter or named Jared. https://t.co/EnlJhuXlwi

Fuck you Dana…better skedaddle to Russia…No one wants you here.

"The genuinely sick thing that's happening right now is the number of enablers the President has among people who used to be sober, responsible people … " – @jheil w/ @NicolleDWallace pic.twitter.com/82msUnGsaL

This ain’t going away and is gonna get worse…NFL owners done fucked up.

.@HillaryClinton will be honored Friday with the Radcliffe Medal during @Harvard's grad week. Organizers say Clinton was chosen because she’s a ‘‘champion for human rights,’’ a ‘‘skilled legislator,’’ and ‘‘an advocate of American leadership’’ on the world stage. @RadInstitute pic.twitter.com/3jdOmErX0H

Have a great Friday and a great 3 day weekend!