I look at Romare Bearden’s “Patchwork Quilt” and I see blackness that is a beautiful collage, a fabric stitched together made up of many parts which have a deep spiritual meaning that many people want to see erased and torn asunder.

During times of pain and suffering it is too easy to forget that beauty, and to focus on all the negatives with which we are portrayed. When confronted by things racial in America, there are those who tell me they are colorblind. They attempt to negate me and mine and destroy all the meaning of my existence…to rob me of the joy of my being black.

END_OF_DOCUMENT_TOKEN_TO_BE_REPLACED 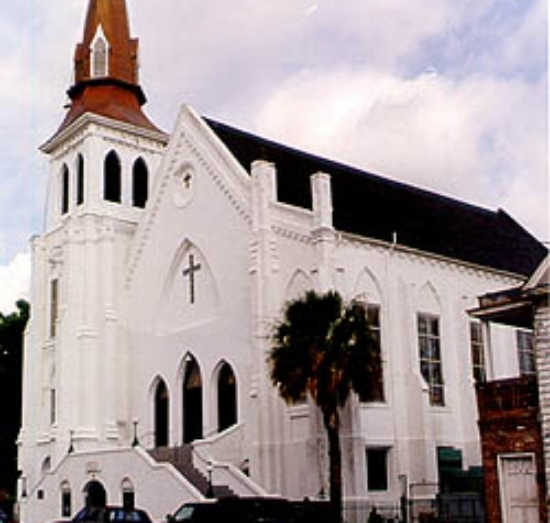 If you are feeling the need to immediately do something to help the congregation of Emanuel African Methodist Episcopal (AME) Church, you can donate directly to the church, which accepts paypal and credit cards.

The mayor of Charleston has also announced a fund:

Thank you in advance.

I woke up this morning to the best news I’ve heard in years.
Federal Louisiana judge orders release of ‘Angola Three’ inmate

A federal judge in Louisiana on Monday ordered the release of the last of the prisoners known as the “Angola Three,” who has spent more than four decades in solitary confinement in connection with the 1972 second-degree murder of a prison guard.

“This court exercises its discretion in finding that there are exceptional circumstances, and the only just remedy is an unconditional writ of habeas corpus barring retrial of Mr. Albert Woodfox and releasing Mr. Woodfox from custody immediately,” Brady said in his 27-page ruling.

Brady argued in part that the release was warranted because prosecutors would not be able to provide a fair third trial for Woodfox, who is in poor health.

I celebrate as I weep. Weep in bitterness against a society that would keep an innocent man, or any human, in solitary confinement for over four decades.

Woodfox and the other 2 members of the Angola 3 were punished for being Panthers. Punished for daring to push back inside the prison, and for organizing inmates.

I celebrate the tenacity of their supporters world-wide who never gave up the struggle.

END_OF_DOCUMENT_TOKEN_TO_BE_REPLACED

Ignoring Haiti and its problems is par for the course in the United States, even when the U.S. has played a role in creating them. There was a flurry of concern around the time of the January 2010 earthquake, with monies raised by a variety of charities…some legit and some suspect, but Haiti news fell out of the headlines, and for the most part is ignored. Before the earthquake there were a host of problems and some have worsened since then. Such is the case of the “restaveks“, nearly 300,000 children who work in a state of indentured servitude which has been deemed modern day slavery by international rights organizations.

Restavek is a form of modern-day slavery that persists in Haiti, affecting one in every 15 children. Typically born into poor rural families, restavek children are often given to relatives or strangers. In their new homes, they become domestic slaves, performing menial tasks for no pay.