The Weekly Democratic Party Address was delivered by Senator Doug Jones of Alabama weighing in on the need for change to achieve social justice.

(As Americans peacefully protest across our nation against racial injustice, Senator Doug Jones (D-AL) delivers this week’s Weekly Democratic Address. Senator Jones begins by connecting today’s protests to the protests in Alabama nearly 60 years ago that helped spark the Civil Rights Movement. Senator Jones closes by asking Americans to join him in listening and learning so that we can become a stronger and more just society.)

“I spoke Sunday afternoon at a rally for justice at Kelly Ingram Park in Birmingham – where 57 years ago, in the shadow of the 16th Street Baptist Church, the Birmingham Police turned fire hoses and vicious dogs on peaceful demonstrators – many of them schoolchildren – who were making a stand for equal rights and importantly a stand for dignity. The scenes from Birmingham at that time – and around the world – made it clear that the inequity in our society could no longer be ignored. Sadly, the legislative changes that came from that movement have been eroded over the years in far too many ways.

“There is a clear and direct path from the shadow of the 16th Street Baptist Church where four little girls died in a bomb blast to the death of George Floyd, just a week or so ago – and centuries of injustice that preceded both. […]

“The test we all face today is not only in changing our laws. We must commit ourselves to personal and systemic change. Can we see the dignity and the humanity of those who in some way are not like us? Can we have hope for others and work for their success? We must pass this test together. And we must maintain as a sense of urgency at reforming the laws and institutions that have perpetuated inequality and injustice.” 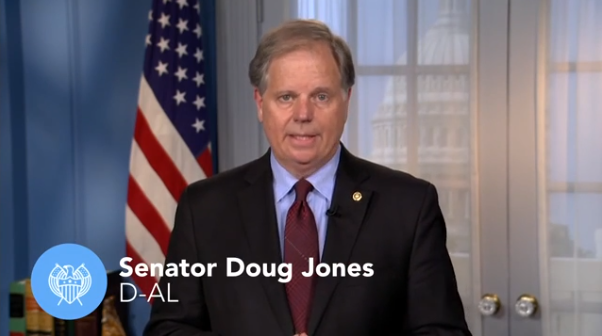