The Weekly Democratic Party Address was delivered by Senator Chris Van Hollen of Maryland urging his Republican colleagues to serve the American people not their party’s political leader.

(Senator Van Hollen delivers the Weekly Democratic Address on the importance of holding a fair and honest bipartisan impeachment trial in the Senate while also getting work done for the American people.)

“In both previous impeachment trials, the Senate had witnesses testify. In the upcoming trial of President Trump, Democrats have proposed that the Senate hear from four witnesses with knowledge of President Trump’s actions. We are also asking the Senate to request key documents that the President has refused to provide. So far, Senator McConnell has rejected these reasonable requests for witnesses and documents, despite the fact that just this week new information has come to light showing that these witnesses and documents are directly relevant to the impeachment trial.

“Senator McConnell has not only blocked consideration of [the 300 bills sent from the House of Representatives, including critical bipartisan legislation], he has bragged about his obstruction, nicknaming himself the “Grim Reaper.” So let’s not fall for his claim that he suddenly wants to get to work on these initiatives that are important to the American people. To date, he has made no commitment to take up any of these bills whether or not there is an impeachment trial.

“As the Senate discharges its Constitutional duties – whether by conducting an impeachment trial or passing legislation – it should never be an instrument of a president, regardless of party. We should never outsource our judgement and our votes to any White House. We serve the American people, and must render justice fairly and honorably at this critical time in our history. 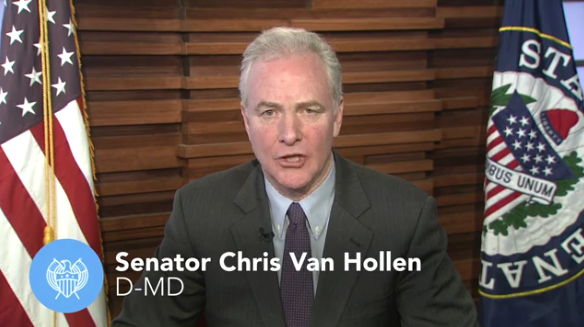