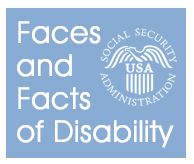 There were a lot of rumors swirling around (including in the New York Times and the Hill) about some truly terrible proposals for Disability Insurance in the proposed budget deal being negotiated now. I don’t know what the final word will be, but I link here the PDF of what I believe to be the bill introduced at 11:30PM Monday night (26th) by the Republican leadership as the substance of the proposed budget deal. I thought I’d put a rough translation into plain English of what I see in there – I used to draft Social Security and SSDI legislation myself when I worked on the Hill in the 1980’s so I hope I can give an explanation that will help reassure people. Caveat – this is not the last word, I may have some things wrong, and things will undoubtedly change. But the worst stuff that people are upset about don’t seem to be in this bill, at any rate.

I have now found the “section by section” description of the bill, which is what the staff prepares for the members to read so they know what they’re discussing, and my quick and dirty description which follows is pretty much correct. Here’s the PDF of that document. http://docs.house.gov/meetings/RU/RU00/CPRT-114-RU00-D001.pdf

My sources are saying that the $168 billion in savings figure seems to be something the Republicans are circulating to exaggerate the effects of the proposal, and is apparently the total over decades, possibly over 75 years. The savings over 10 years seems to be about $5 billion,which sounds like a lot but given the size of the program is not really that much.

What the proposed DI legislation calls for, as I read the discussion draft which is as of 11:30 PM Monday night Oct. 26th.

Section 811 – Expansion of Cooperative Disability Investigations Units – requires SSA to expand arrangements to work with local authorities to investigate I presume disability fraud.
Section 812 – excludes evidence, in DI determinations, from anyone or any entity previously convicted of Medicare or Medicaid fraud (I think that’s the main thrust, although it might be broader than that)
Section 813 – beefs up penalties for Social Security fraud generally, and suspends or terminates benefits for anyone penalized for fraudulently concealing work activity.
Section 814 – electronic communications – inconsequential
Section 815 – changes in administrative funding for redeterminations of eligibility under SSI – doesn’t affect benefit amounts as far as I can see.

Section 821 and 822 – reauthorization of existing program of DI demonstration projects designed to help DI beneficiaries return to work if they are able
Section 823 – new demo project authority to allow partial monthly payments for DI beneficiaries participating in the project and returning to work – essentially, offsetting their benefits $1 for every $2 earned, but not affecting their fundamental entitlement to benefits so that they can return to full benefit payments if the work effort cannot be sustained. [This kind of thing has been talked about for decades, as a way to encourage people to try to work without endangering their benefit eligibility.] This is demonstration project authority only – I don’t see any requirement that any beneficiary participate in such projects.
824 – Administrative changes in payroll data to get more information on whether DI beneficiaries are working for pay.
832 – Requirement for medical review – no determination of disability can be made until SSA has made reasonable effort to ensure a qualified psychiatrist or psychologist, for mental impairments, and qualified physician for physical impairment, has completed the medical portion of the case review and functional capacity assessment.

There is nothing particularly earth shattering in here. The best news for DI beneficiaries is that in other sections of the bill, they are authorizing the transfer of funds from the OASI trust fund to the DI trust fund to make up the shortfall and prevent any cuts in current benefits.

About Geordie 1 Article
Retired law professor, living in Florida, wishing she were in Seattle