The Village News & Views May 17, 2017
Wednesday Get Over the Hump Free for All 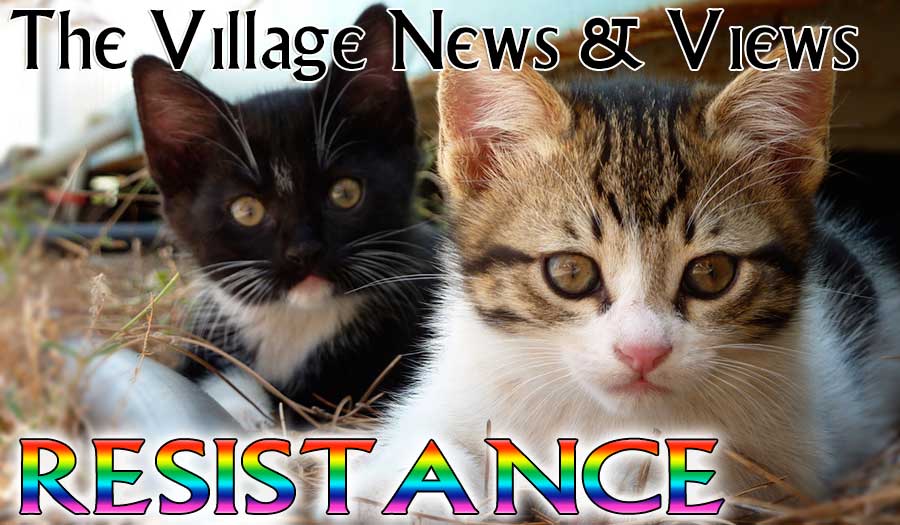 Greetings Village Meese! It’s Day 118 of the Resistance and  another Get Over the Hump post and discussion thread for your reading, viewing and commenting enjoyment.

Wonkette… Supreme Court Not Having North Carolina’s Jim Crow, Thanks And Fuck You

Why Trump Is Reportedly Planning an Unconstitutional Assault on LGBTQ Rights

The article linked above admits that Trump’s EO “promoting Free Speech and Religious Liberty” is pretty toothless, however it is a shot over the bow. Think this is the last you will hear about it? Think again. The recognition of Marriage Equality was a deep setback to the freedom of Christian Conservatives to continue to dictate what is acceptable, what is to be reviled and rejected, in short what human beings can and cannot do as long as they breathe the same air as the aforesaid Christian Conservatives.

I’m aware this is not the biggest story of the day, and in fact probably seems like small potatoes by comparison with #TrumpRussia and the latest National Security gaffe/Constitutional Crisis du Jour, but you will have lots of sources for those stories.

For today, I thought I would make it personal.

Um, great, okay then what are spouses?

Dictionary.com actually has one of the best explanations for current times, not in the definition but listed under it as something they call a “Word Story”.

Marriage has never had just one meaning. Adjectives commonly used with the word reveal the institution’s diversity, among them traditional,religious, civil, arranged, gay, plural, group, open, heterosexual, common-law, interracial, same-sex, polygamous, and monogamous. And this diversity has been in evidence, if not since the beginning of time, at least since the beginning of marriage itself, roughly some 4000 years ago.
Multiple wives, for example, proliferate in the Bible. King Solomon famously had 700, although most were apparently instruments of political alliance rather than participants in royal romance. (For that, he had 300 concubines.)
Marriage can be sanctioned legally or religiously, and typically confers upon married people a special legal status with particular rights, benefits,and obligations. Access to this special status has changed over time. For example, the U.S. Supreme Court legalized interracial marriage as recently as 1967, while same-sex marriage, which for some time had been banned in many states or ignored in others, was in 2015 ruled a constitutional right for all Americans.

Not bad for a dictionary.

If you had asked six year old me what marriage was, I might have said something like, a man and a woman get married in a church and move into their own house, and have children.

I think that is the image that the Christian Conservatives long for, and the pressure to preserve that concept continues.

I did not grow up in that family, however. My mother and father were divorced, in fact the family story is that they divorced, remarried, and divorced again, the second time for good. I remembered my daddy only vaguely, and grew up as one of three females – Mom, sister, me.

At the time, it was what was called a “broken home”. My mother had a “failed marriage”.

So much judgement, so much condemnation for a sad situation where two people tried for something and eventually were estranged.

I never consciously sought to have that traditional family that I had missed out on. I had crushes on boys, some quite desperate but far more consistently, I had “best friends”.

I met the best of my “best friends” when I was sixteen. We clicked almost immediately, discovered rather quickly that interestingly, our birthdays were a week apart. She was well liked, popular, respected by classmates and faculty, I was the newcomer, smart, practiced weirdo, underestimated. We went to Mel Brooks movies and repeated viewings of Ken Russell’s Tommy, dreamed of being actors or rock stars or super heroines. We commiserated over “cute boys”. Yet we had a far deeper connection between us that either of us ever managed with a boy.

We soon realized, and acknowledged, that if Prince Charming or James Bond ever swept one of us off their feet, he would have to be okay with the constant, continued presence of the other. You be the wife, I’ll be the mistress, was our joke.

I knew she was beautiful, and that she didn’t believe it. I would have died for her long before I realized what it meant.

That notion of a marriage being primarily for the raising and nurturing of children is a powerful one, even logical. But somehow its power and its logic do not account for something that can happen between two people. I know it doesn’t happen for everyone. If you don’t experience it, I’m not sure how you ever believe in it. Maybe that’s why marriage for some always has to have as its glue the production of new people. It’s important. Not everyone can do it. It keeps the species going.

But there is still that one thing. That something that no one can see coming, that cannot be accounted for. That thing that you and one other person know. It doesn’t always work between a man and a woman who have children. It didn’t work for my mother and father, or for hers, so we know. Children, sex, a household…

The one word that reappears in definitions over and over that doesn’t require conventions of culture or religion, that is somehow universal… the word, union.

A marriage is a union. When two people become a single, unique thing, a thing that only those two people can become. If you want to think of it as the physical joining of bodies that is fine, but it will break down. Many couples aspire to be a union. Some manage. Some never do.

Sometimes it happens without anyone looking for it. You can know it in your soul but still miss the significance, especially if your world, your culture, your frame of reference insists that there are square pegs and round holes and that what you know is true, miraculous and strong, doesn’t fit. 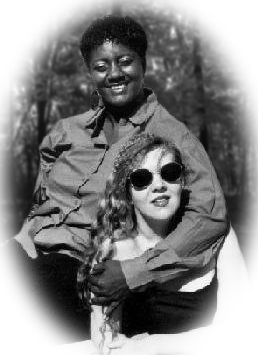 I had asked her after the Supreme Court Decision in 2015, and endured a certain bruising upon learning that I was not going to get an immediate yes. I kept asking.

In February, I got an email from a list I’m on about a relationship seminar on an upcoming weekend at the end of which there would be a “mass marriage ceremony”.

I forwarded the email.

Imagine my surprise when she replied to my subsequent inquiry with, “it seems kind of cool… interesting…”

She said she’d been thinking.

It was real when we went down to get the license.

I told my sister, because she happened to come over to my apartment that Tuesday.

She told her mother the night before. “Well, that’s you,” her mom said.

I don’t know what my mom would have thought, she passed in 1989, two days shy of her 60th birthday. But my mother wasn’t that bound with convention. I think she would have been happy for me.

I was expecting a lot of couples, where we could hide in the back.

It looked at first like we were the only couple that showed up, although by the time the officiant had finished her remarks, it turned out there were two older men, and lastly, two rather young women, and us, three couples in all. The men wore matching shirts. One of the girls wore flipflops. We didn’t hide in the back.

We had orchid wrist corsages that my sister brought. And rings. The rings we bought for the ceremony didn’t come in time so we picked out rings we already had. They happen to be beautiful. Oh, and I had a sandal malfunction. I got married in bare feet.

The people we are Resisting would not accept what we have as a legitimate marriage. Do not kid yourself, if they get the chance, they will try and roll it back. They will continue to let us know we don’t fit. We don’t belong.

But we have a union.

Thanks for fighting beside us.

#titleii matters for a working democracy. Add your name to help save the open internet here: https://t.co/rVGBhOTfn3 pic.twitter.com/153SnsOKcG

Where you live shouldn't mean you can't bank, shop, or chill online. Join the fight to save #netneutrality #titleii https://t.co/h22rq56BRO pic.twitter.com/hmM3AP6YTL

#netneutrality lets us tell our stories & speak truth in a world full of fake news. Join the fight to save #titleii https://t.co/h22rq56BRO pic.twitter.com/B3t6XQnOVX

At best, Trump has committed a grave abuse of executive power. At worst, he has obstructed justice. We must #ProtectOurDemocracy. 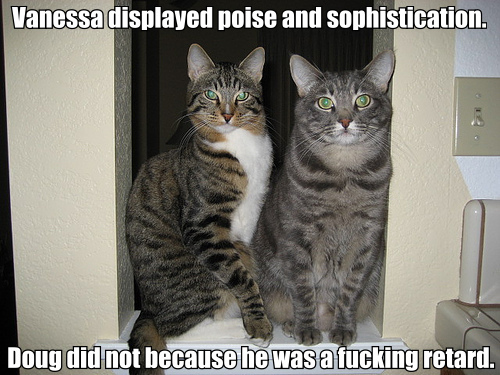